HR Leadership 2020
Sept 1, 2020 | 11 am - 3 pm CDT | Virtual Conference
Building Endurance, Agility, and Resilience
The event has already happened!
We hope you can join us next time.

HR Leadership 2020
Building Endurance, Agility, and Resilience
Keeping engaged workforces safe and productive at every level in an organization is no small task. Add to it the unprecedented challenges of the COVID-19 pandemic, social unrest, and economic distress, and now we’re at the brink of burnout... All. The. Time. The need for endurance, agility, and resilience has never been greater than it is today.

As HR leaders, it is time to refuel personally and professionally.

To help you do just that, we’ve brought together a lineup of presenters to energize and inspire us as we navigate our new reality. This half-day virtual conference is the dose of focus and encouragement you need NOW! 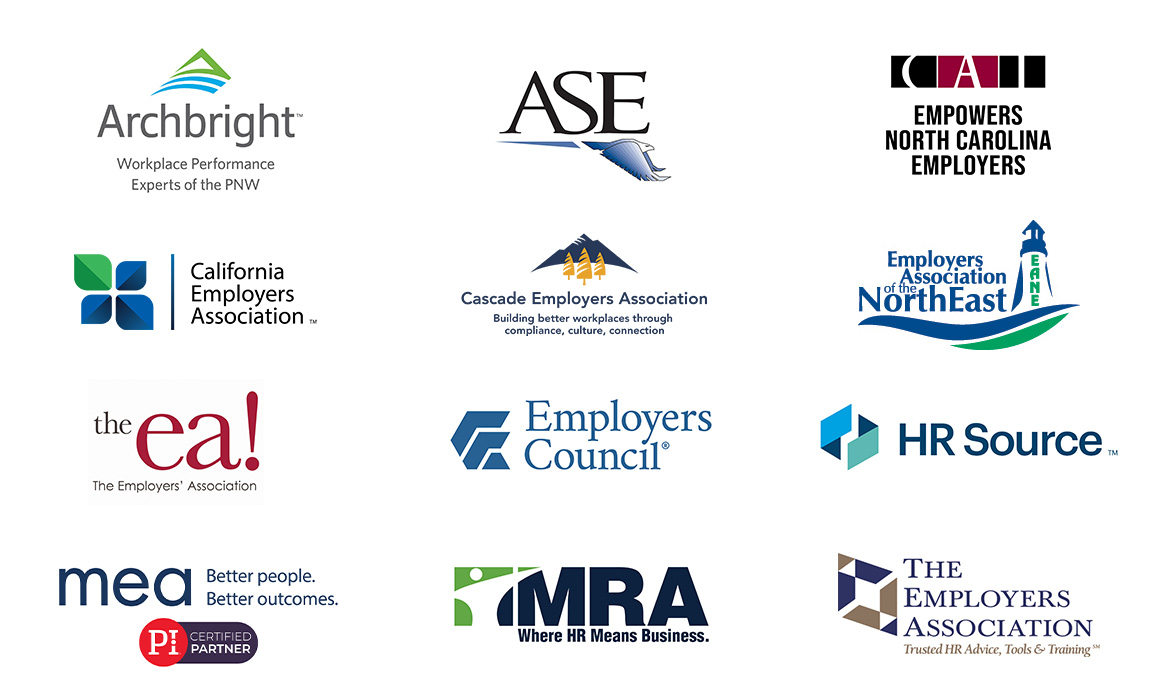 Date & Time
September 1, 2020,
11:00 AM - 3:00 PM CDT
$189.95
AGENDA
11:00 AM cdt
4 Actionable Steps to Achieving Long-term, Sustainable Success with Patrick Lencioni
Pat Lencioni makes an overwhelming case that organizational health will surpass all other disciplines in business as the greatest opportunity for improvement and competitive advantage. Drawing on his extensive consulting experience and reaffirming many of the themes cultivated in his other best-selling books, Pat reveals the four actionable steps to achieving long-term, sustainable success. Pat claims there is an untapped gold mine sitting right beneath us. Instead of trying to become smarter, he asserts that leaders and organizations need to shift their focus to becoming healthier, allowing them to tap into the more-than-sufficient intelligence and expertise they already have. Pat will also talk about these unprecedented times that we’re living in and provide practical advice for leaders and their teams. He’ll tackle a prominent symptom of corporate frustration: silos, the invisible barriers that separate work teams, departments and divisions, causing people who are supposed to be on the same team to work against one another. Urging leaders to provide a compelling context for their employees to work together, Pat’s model gives leaders a simple tool for enabling clarity, unity, and alignment in their organizations.
12:00 PM cdt
Worthy Leadership with Captain Ron Johnson
Captain Ron Johnson will share his own experiences from when, in the early days of the events unfolding in Ferguson, Missouri, he faced the dilemma of having to lead multiple audiences of people, each of whom had different expectations for how to be led and motivated, based on their backgrounds, belief systems, and biases. With the events unfolding in Ferguson, Missouri, Captain Johnson’s leadership was on display while the whole world was watching. This leadership dilemma Captain Johnson faced occurred very publicly, while the whole world was watching. The audience included political leaders, business owners, corporations, protesters, law enforcement officials, media, and the community of Ferguson residents. He elected to use his moral compass of empathy, compassion and selflessness to serve as the calming, unifying force amidst a rapidly deteriorating situation in Ferguson, Missouri. He calls that, WORTHY LEADERSHIP™.
12:45 PM cdt
BREAK
1:00 pM cdt
Inspiring Greatness through G.R.I.T. with Robyn Benincasa
What inspires the resilience to chase challenging finish lines and achieve world class results in times of incredible challenge and change? How do we create the passion and internal drive to pursue goals that seem impossible? We create this kind of greatness in ourselves and our teammates through GRIT--Guts, Respect, Ingenuity, and Teamwork! Having the GRIT to go the distance in any endeavor isn’t just a matter of mental fortitude. Much of our endurance and drive to succeed when others would quit comes from our connection to something greater than ourselves, the inspiration that comes from mission-driven innovation, the passion we have for our goals and the people whose lives we will touch along the way, the understanding that we are writing our life story during our toughest challenges, and the respect for a team whose success is inextricably tied to ours. Robyn will share the real secret to her and her teams’ success over 20 years of leading the pack in the sport of adventure racing and as a San Diego Firefighter—their “we will find a way or make one” attitude, their love of the mission, their deep respect for one another, their ingenious solutions and “white space” thinking, their intensive preparation for all contingencies and conditions, and their incredible ability to not just work with each other, but FOR each other.
2:00 pM cdt
The Infinite Game with Simon Sinek
How can we win a game that has no end? The simple answer is we can’t. However, that’s exactly what so many companies are trying to do. The problem is, there is no such thing as “winning business.” In his Q&A Session, Simon explores how understanding the rules of the Infinite Game is essential if any leader wants to stay ahead and outlast any competitor…forever. In a game with no finish line and no agreed upon rules or metrics it is impossible to “be number one,” “be the best,” or “beat our competition.” In this Infinite Game, there is only ahead and behind. Leaders of organizations must understand the rules of the Infinite Game. Failure to do so dramatically increases the chance that they will set themselves on a path that eventually drains them of the will and resources to play at all. Eventually they will drop out of the game and no one will care. Their competition will just keep playing without them. 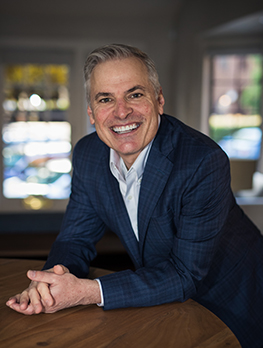 Patrick Lencioni
Founder and President of
The table Group
Lencioni’s passion for organizations and teams is reflected in his writing, speaking, executive consulting, and most recently his podcast, At the Table with Patrick Lencioni.

He is the author of eleven best-selling books with over six million copies sold. His capstone book, The Advantage, is the pre-eminent source on organizational health. After sixteen years in print, his classic book, The Five Dysfunctions of a Team, remains a weekly fixture on national best-seller lists.

The wide-spread appeal of Lencioni’s leadership models have yielded a diverse base of speaking and consulting clients, including a mix of Fortune 500 companies, professional sports organizations, the military, non-profits, schools and churches.

Named in Fortune magazine as one of the ‘ten new gurus you should know,’ Pat and his work have been featured in USA TODAY, Bloomberg Businessweek, and Harvard Business Review, to name a few. 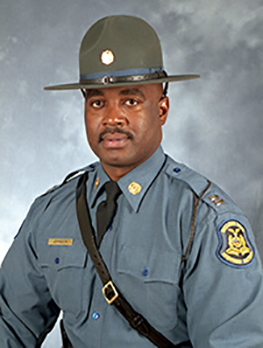 On August 14, 2014, five days after the fatal shooting of Michael Brown ignited race riots throughout the city of Ferguson, Missouri, the nation found an unlikely hero in Captain Ron Johnson of the Missouri
Highway Patrol. Charged with the Herculean task of restoring peace between a hostile African American community and the local police, Johnson, a 30-year law enforcement veteran and an African American, did the unthinkable; he took off his bullet-proof vest and joined the protesters.

In 2018, Captain Johnson founded Lodestone Solution Group, LLC. Lodestone’s Mission is to develop and inspire leaders to use a moral compass of empathy, compassion, and selflessness to discover personal and sustainable strength in leading others confidently, even if the whole world is watching.
Captain Johnson’s Memoir “13 Days in Ferguson” shares his view of what happened during the thirteen turbulent days he spent stabilizing the city of Ferguson. 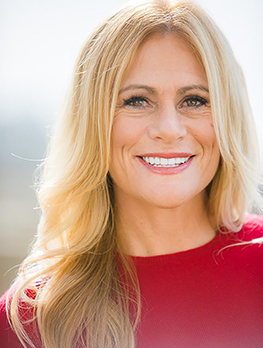 She is currently a full-time firefighter. World Champion Eco-Challenge Adventure Racer, CNN Hero, Founder of the Project Athena Foundation (Survivors to Athletes!), 3x Guinness World Record Distance Paddler, and proud owner of 2 metal ‘bionic hips’, Robyn definitely knows a thing or two about creating Human Synergy – “that magic that allows groups of ordinary people to accomplish extraordinary things together.” Her New York Times best-selling book How Winning Works, is an excellent resource for all business owners on approaching challenges with a team mentality.” Sounds a lot like life as a business leader, right? 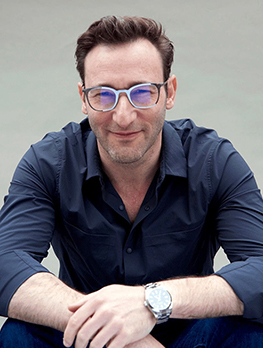 Simon Sinek
Adjunct Staff Member of
RAND Corporation
Simon Sinek is an unshakable
optimist. He believes in a bright
future and our ability to build it
together. Simon has devoted his professional life to help advance a vision of the world that does not yet exist; a world in which the vast majority of people wake up every single morning inspired, feel safe wherever they are, and end the day fulfilled by the work that they do.

Simon may be best known for popularizing the concept of WHY, which he described in his first TED Talk in 2009. That talk went on to become the second most watched TED Talk of all time, and is still in the top five with over 50 million views. His interview on millennials in the workplace broke the internet in 2016. With over 80 million views in its first week, it has now been viewed hundreds of millions times. This led to Simon being YouTube’s fifth most searched term in 2017.

Simon is an adjunct staff member of the RAND Corporation, one of the most highly regarded think tanks in the world. He is also active in the arts and in the non-for-profit world (though Simon prefers to call it the for-impact world).
HR Leadership 2020
Join us on September 1st!
We look forward to hosting you!
Register

Mutual of America has specialized in providing retirement products and related services to organizations and their employees, as well as individuals, for over 70 years. Since 1945, Mutual of America has remained committed to offering plan sponsors, plan participants, and individuals carefully selected, quality products and services at a competitive price and the personal attention they need to help build and preserve assets for a financially secure future.

For more information, please visit us at mutualofamerica.com.

Payfactors is compensation data and technology like you’ve never seen before.

We help you streamline, centralize, and automate your entire compensation process: from job descriptions to data visualizations. We’re not just market data—we give you the tools and analytics to determine fair and market-ready pay for every position.

For more information, please visit us at payfactors.com.

We are focused on leading the field through continuous innovation, and building close partnerships with our clients.

For more information, please visit us at www2.periscopeiq.com.

Whether you have a dozen employees or thousands, we're constantly evolving our top-rated HR and payroll solutions to meet your needs,

Our flexible, all-in-one solution is tailored to help you tackle your unique HR and payroll challenges today so you can focus on tomorrow. Together, with our legendary support,we can get you to the promise of tomorrow.

For more information, please visit us at paylocity.com.

For over 30 years Advanced Staging Productions has been facilitating the exchange of ideas and information to groups through both Live and Virtual Events.

Through the “Advanced Way” we become a member of YOUR team to insure your message is portrayed exactly as you envision!

For more information, please visit us at www.advancedstaging.com.

We are not able to accept cancellations. But if the need should arise and you are not able to attend the event you may transfer your registration
to another person. If you need any help registering, or if you have questions about the event, please reach out to us. We would be happy to assist you.