What is the Wisconsin All Academies Military Ball?
This is an annual celebration to honor the commitment of cadets and midshipmen who currently attend our nation’s five military service academies. This formal event allows families and community to encourage, celebrate and thank these future leaders for their willingness to serve our nation while also honoring current and past service members and recognizing fallen service members plus those missing in action. The ball provides cadets and midshipmen early exposure and experience with formal military ceremony protocols and traditions. The ball also offers a local experience for families unable to attend military galas at their cadet/midshipman’s service academy.

Who is invited?
All cadets and midshipmen currently attending the U.S. Military Academy in West Point NY (Army), the U.S. Naval Academy in Annapolis MD, the U.S. Air Force Academy in Colorado Springs CO, the U.S. Coast Guard Academy in New London CT, and the U.S. Merchant Marine Academy in Kings Point NY. Guests of the cadet – can be anyone, including a fellow cadet/midshipman from out of the area, a date, a friend, or relative. Cadet family members, including extended family such as sibling, parents, grandparents, cousins, family friends.

Is there a minimum age for attendance?
No. However practically speaking given the nature and time of the event, we would suggest attendance is appropriate for those age 10 or older.

What is the dress code for the event?
Cadets/midshipmen should wear the most formal military dress for their status: service dress or formal mess dress if they have it (upperclassmen).
For dancing, cadets/midshipmen can change into civilian formalwear and can display “party sleeves”.
For guests, formalwear suggested (typically 50% of men choose tuxedo).

Do families stay overnight, especially if attending from longer distances?
Yes, about 30-40% of families do stay overnight. There is a block of rooms available for $249/night at The Pfister Hotel, an architecture icon built in 1893. Ask for the Wisconsin Air Force Parents Association 2022 Wisconsin Military Ball rate (deadline is December 9). There are multiple other downtown hotels within a few blocks of The Pfister.

Where do we park for the Ball?
Self-parking is available in The Pfister's attached garage for $8.
Overnight parking is $18.
Valet parking is also available for an added fee.
Two public garages are within 1 block: 770 N. Jefferson St or 530 E. Mason St (both $5 after 5 pm), or 631 N. Jefferson St
Uber, Lyft or taxi.

What can I do to help as a parent?
-Talk to your cadet/midshipman about the Ball before or during Thanksgiving leave, encouraging their attendance. Reach a decision by the time they head back to their academy. This enables you to meet the response deadline and align their year-end holiday leave plans to ensure attendance. It also reminds the cadet to invite a potential guest/date with sufficient notice.
-Consider a donation to support the Ball as ticket sales cover only 40-60% of the actual cost to host such a formal event. Dozens of academy families donate each year, in amounts as small as $25. Donations can be made here or by check payable to WAFAPA and mailed to Wendy Bautch, WAFAPA Treasurer, 1200 Blue Ridge Blvd, Elm Grove, WI 53122.
-Remind your cadet/midshipman to bring home their service/mess dress!

Who will be the keynote speaker?
Earl Morse is a co-founder, past president and emeritus board member of Honor Flight Network, an organization that has served nearly 250,000 veterans of World War II, Korea and Vietnam with visits to memorials in Washington D.C. via free flights from approximately 130 U.S. hubs, including five in Wisconsin. Captain Morse (Ret.) is a former U.S. Air Force medic and recipient of the President’s Citizens Medal in 2008.

Who is hosting the event?
Hosting the annual Wisconsin All Academies Military Ball rotates between the non-profit Wisconsin parent clubs for the Air Force Academy, Naval Academy, and West Point. In 2022, the Wisconsin Air Force Academy Parent Association (WAFAPA) has responsibility for hosting the gala.  Any questions should be addressed to the planning committee at  [email protected]
Submit cadet/Midshipmen photos for Video at Ball
Let us all see what your cadet/midshipman has been up to this year!  Please upload 2 or 3 photos for the event slideshow even if you are unable to attend the ball.   Contact us here if you need help with the photo upload.
Upload Photos Here
Join us on December 30
Top 10 reasons to RSVP — YES!

#10 - Practice your military manners within your comfortable circle of friends and family.
#9 - Enjoy a fabulous night at the elegant, historic Pfister Hotel.
#8 - Fantastic live music and dancing 'til midnight.
#7 - Get to know your fellow cadet/midshipmen from throughout Wisconsin.
#6 - Late night comfort food!
#5 - Inspirational guest speaker who created national movement of Honor Flight!
#4 -Wisconsin businesses donated thousands of dollars for you to attend this special event.
#3 - Professional photographer on-site to capture treasured family photos.
#2 - MANY prize drawings for cadets/midshipmen in attendance.
#1 - Celebrate our future leaders and honor your commitment to serve America!
Get Tickets Now 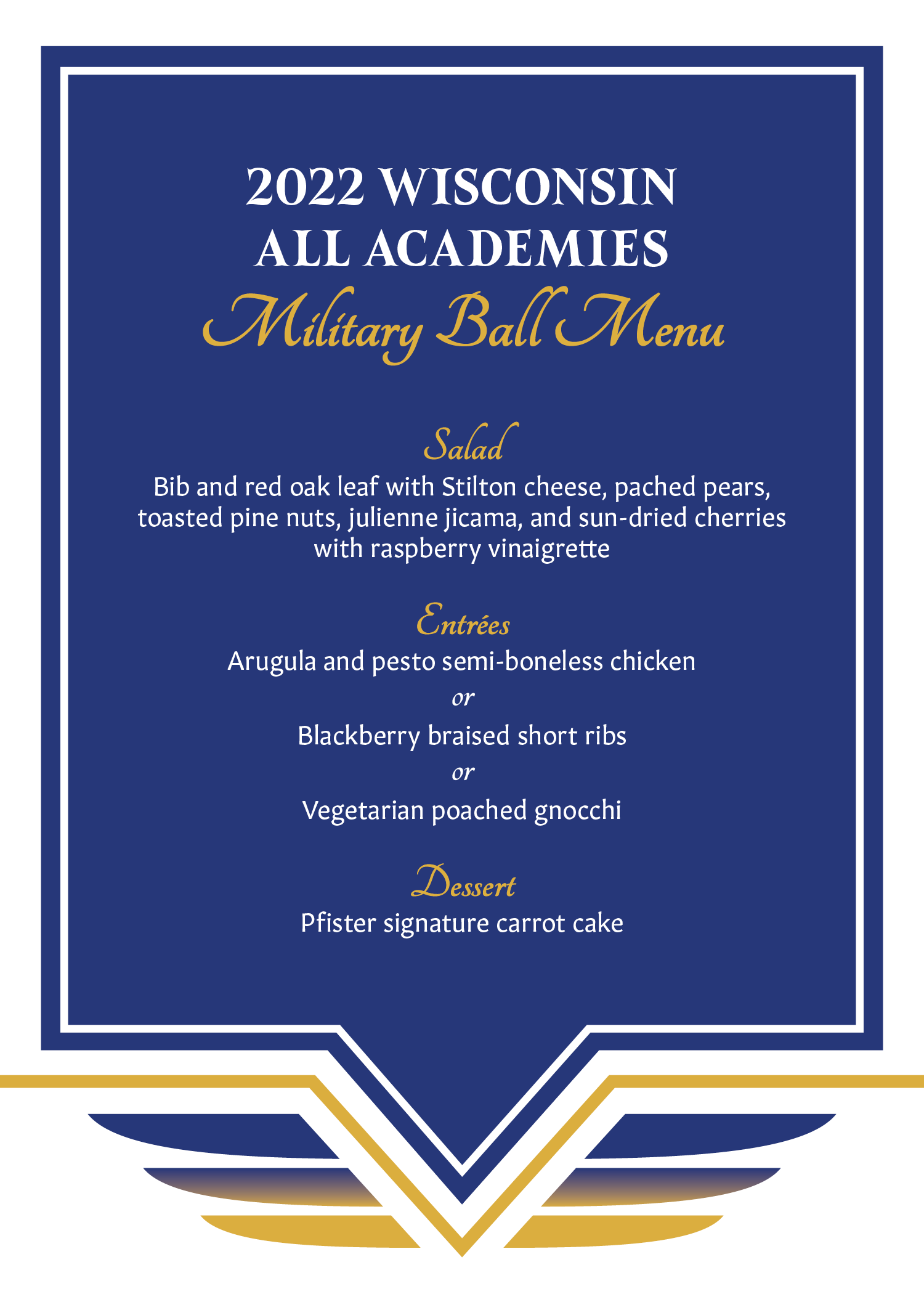 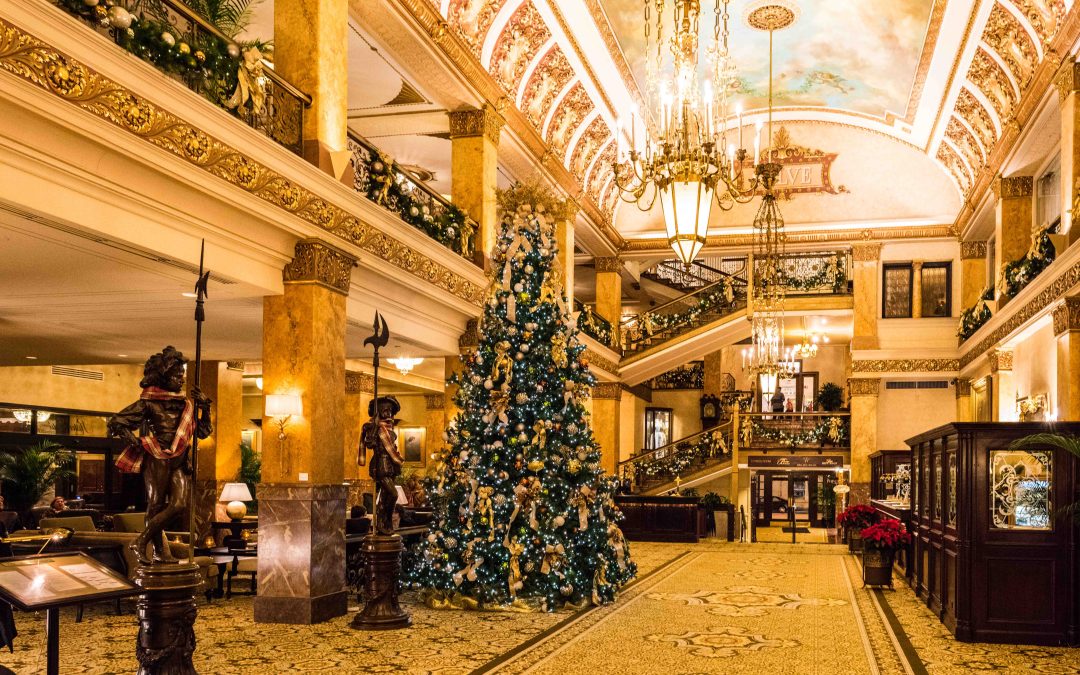 “If I were to give advice to young people, high-achieving young people for example,
I’d have to say, don’t neglect your family. Politics is important, sitting at the head table is glamorous. Traveling around the world, trying to do something for world peace was wonderful. But family and friends and faith are what really matter in life. And I know that. I see it so clearly now.”
-George H. W. Bush,
41st President of the United States
Contact Us About Sponsorship
Please support the next generation of America's leaders and become a sponsor by December 1.

Wisconsin Air Force Academy Parents Association is a 501(c)(3) tax-exempt nonprofit organization.
We are happy to answer any questions. You can easily donate online. 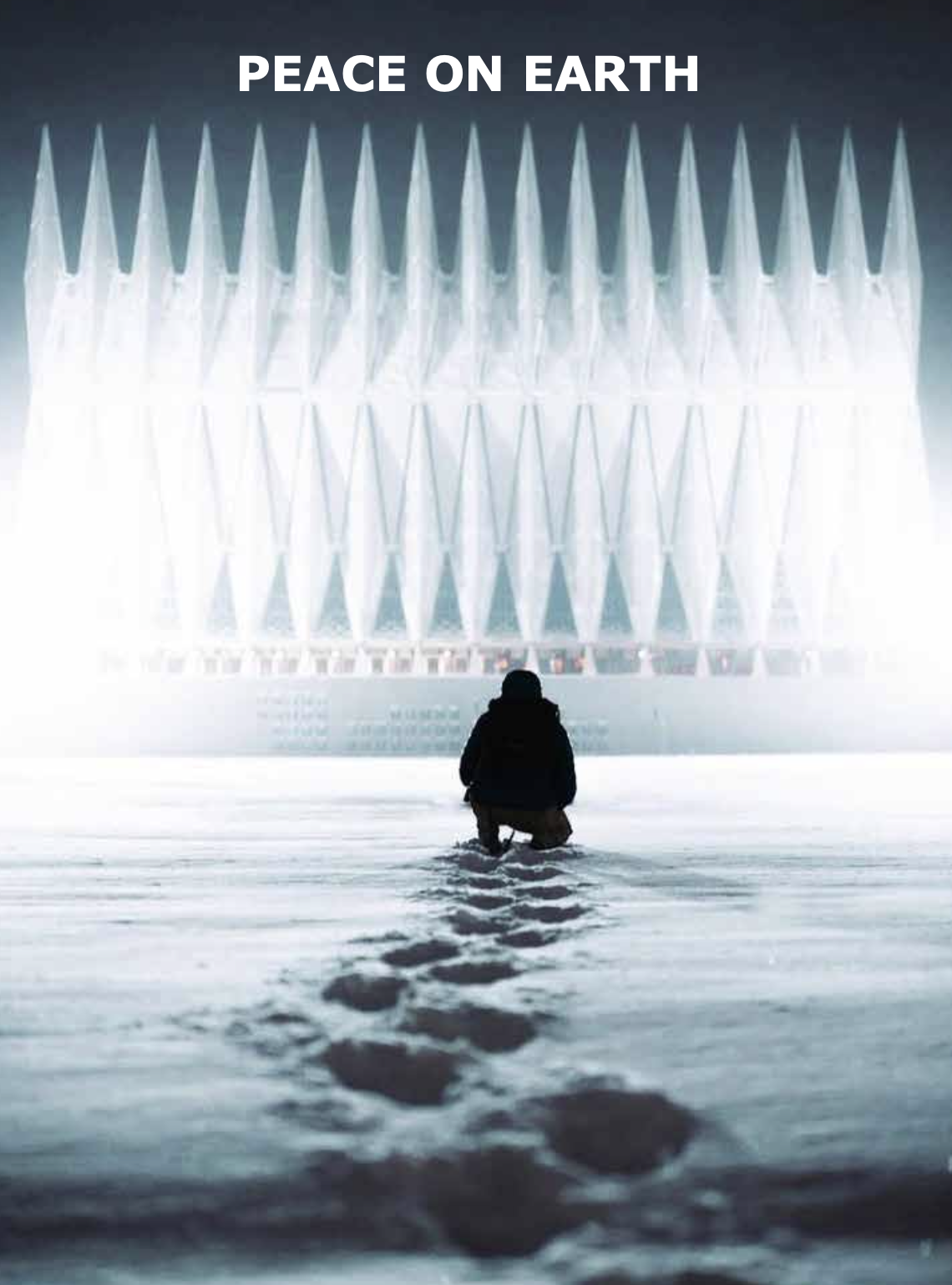