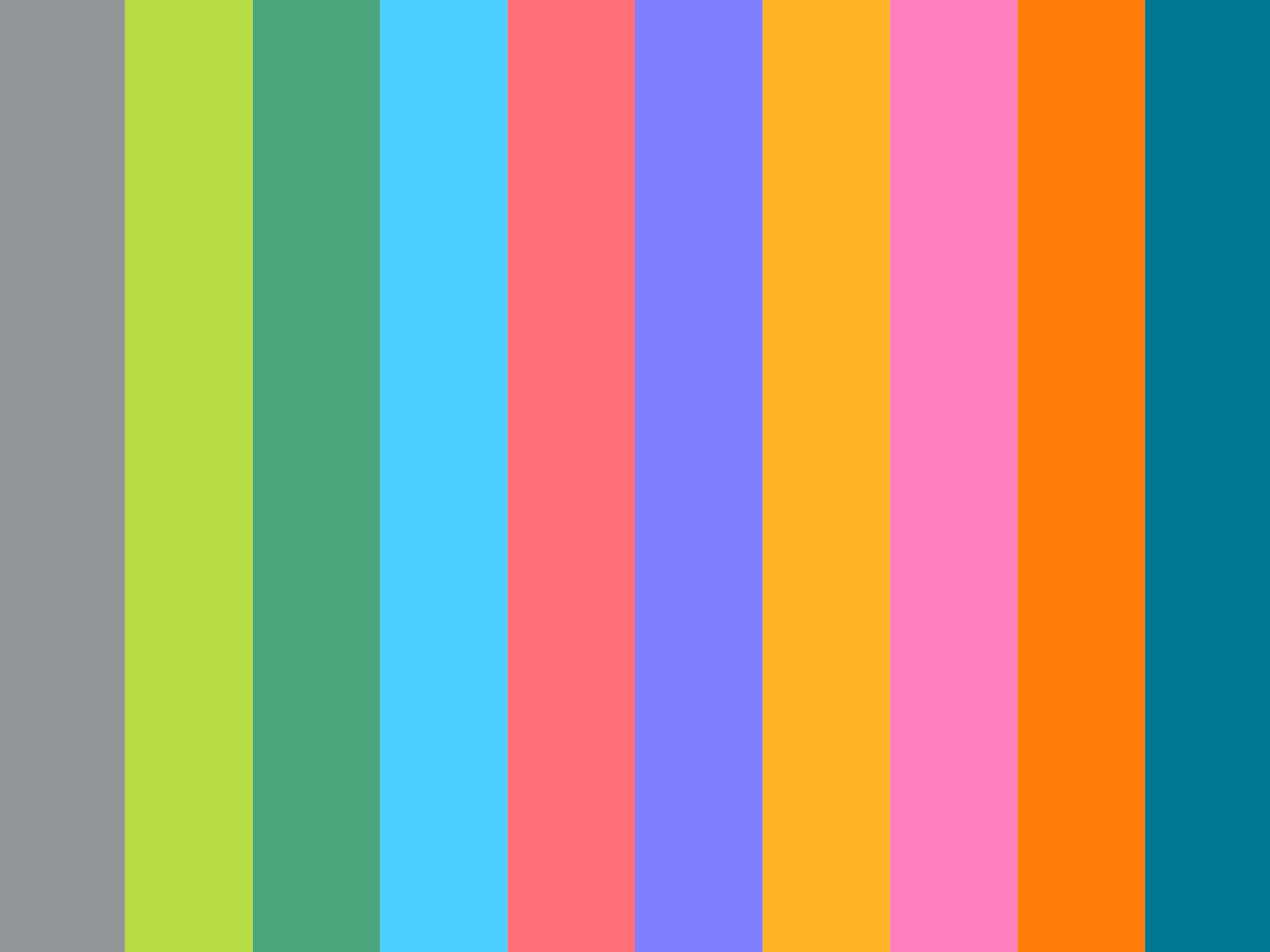 The voices and lived experiences of those directly affected by oppression are now front and centre in protest movements. Women of colour, migrants, refugees, Indigenous and LGBTQAx communities as well as climate change activists are powerfully and unapologetically effecting change through a broad range of actions. These protest actions are now occurring at unprecedented scale and speed – from speaking up and out, to educating and organising others in their communities, to urging elected political and community leaders to support efforts to mobilise for and with the most marginalised, disadvantaged and vulnerable in society.

Driven by desires to dismantle entrenched power structures, populism and autocracy, and to save the Earth, people from the local grassroots are connecting with activists internationally from #BlackLivesMatter to #ExtinctionRebellion to #IsupportStandingRock to #ReclaimtheNight and other Anti-Rape and Anti-Violence Against Women supporters, from the Arab Spring to #SOSBlakAustralia and other movements around the world.

We have married the lessons of women, Indigenous, black and gay liberation movements of the 60s and 70s with organising against racism and discrimination of the 80s and 90s with new models and tools of resistance in the digital age. Protests are now transformed by new technologies and social media, allowing people to assemble, share experiences and give voice to perspectives that would otherwise be excluded.

How do we make sense of these protest movements in the digital age and in relation to social change over time? This conference offers a chance for pause, reflection and critical engagement of this complex question. Check out our program for the many perspectives and multiple approaches to examining this question.
LOCATIONS
THE CAPITOL THEATRE:
RMIT University,
113 Swanston St,
Melbourne VIC 3000

& across the road at

Paul Spearim Winanga-li Gii
Hello, my name is Winanga-li Gii which means to listen from the heart, and I come from the big light lore of the Bumaay and Wirrayaraay clans of the Gamilaraay Nation. My song, stories, dance, art, knowledge and culture are my connection to my sacred homelands country. For the past 45+ years of my life I have been continuing the age-old practices of teaching the cultural knowledge and customs of the Gamilaraay nation, from Pre-school, Primary, Secondary and through to University level and more importantly within my Gamilaraay nation.

Jim Everett - puralia meenamatta: born at Flinders Island, Tasmania in 1942. He is from the clan plangermairreenner of the Turbuna (Mt Ben Lomond) people in Tasmania. Jim left school at 14 years to start work. His working life includes 15 years at sea as a fisherman and merchant seaman, Australian Regular Army, and over 50 years formal involvement in the Aboriginal Struggle. With a long history in government Aboriginal Affairs, and community organisations, he has travelled Australia visiting remote Aboriginal communities. Jim began writing poetry at an early age. He wrote his first play, We Are Survivors, in 1984, produced, directed, and acted in it. His written works include plays, short stories, and political papers. Jim has produced and been associate producer in many documentary films, and is published in many anthologies. Jim lives on Cape Barren Island writing and researching Aboriginal philosophy for a PhD at UTAS.

Curtis Taylor is a filmmaker, screen artist and a young Martu leader. Growing up in the remote Martu desert communities and in the city, Curtis has gained both tradional Martu knowledge and a Western education. After finishing school in 2008, Curtis worked as Community Coordinator and Youth Development Officer at Martu Media (a division of Kanyirninpa Jukurrpa), where he also spent 18 months working on Yiwarra Kuju: The Canning Stock Route as a filmmaker and youth ambassador. Curtis was the recipient of the 2011 Western Australian Youth Art Award and Wesfarmers Youth Scholarship and his screen work has been shown in international film festivals, including the 2012 Nepal International Indigenous Film Archive Festival. Currently Curtis is undertaking film and media studies at Murdoch University in Perth.

Willie Brim is a Cultural Custodian, Bush Doctor and Songman of the Buluwai people of Kuranda in Far North Queensland. Willie is a self taught, multiskilled instrumentalist and conscious songwriter. He is a musician responsible for the cultural heritage of his people and revival of their language, music and dance. He writes about spirituality, cultural values and dreaming, the love and connection to his country and the struggle and resilience of his people. Willie’s performance career, political, public and community life spans decades; each chapter building on the last to bring about real change, in his lifetime, for the coming generations.

Adrian Burragubba is a musician and land rights campaigner from Queensland. As part of the Wangan and Jagalingou people, and traditional owner of the land in Queensland’s Galilee Basin, he has spoken out on the Coal company Adani, which wants to use their ancestral lands for coal mining activities.

Kado Muir is one of Australia’s leading figures campaigning on the need to preserve and restore Indigenous culture around the nation. As a traditional Aboriginal man from the deserts of Western Australia, Kado was fortunate to have a two way education. He has knowledge and understanding in Aboriginal law and is a qualified anthropologist and archaeologist in Western education. He currently works as an Aboriginal Diversity and Inclusion trainer delivering courses in a Continuum of learning from cultural awareness through to cultural responsiveness.

Wanta Jampijinpa Pawu-kurlpurlurnu (Steven Jampijinpa Patrick) is from the Northern Territory community of Lajamanu. His first language is Warlpiri. His passion is the reinvigoration of Warlpiri culture by finding traditional principles that are relevant to today’s community life. Steve was a Research Fellow at Australian National University, and has travelled internationally presenting his research around Warlpiri culture and contemporary values.
Planned Schedule:
(Download Full Conference Program + Schedule)
9:00 AM
Day 1 Theme:  Narrative + Creative Activism
Conference registration begins at 9am with a Welcome to Country (by N'Arweet Carolyn Briggs, Boon Wurrung elder). We have a jam-packed day of amazing speakers presenting on all manner of creative forms of activism from poetry to storytelling to innovative uses of technology. Professor Patricia Hill Collins keynote address begins at 5pm in the Capitol Theatre followed by a welcome drinks reception and a book launch. Dinner by own arrangement with a film screening of In My Blood it Runs at 8pm.
10:00 AM
Day 2 Theme: Personal, Political + Cultural
Another exciting line-up of speakers today including Cultural Leaders from around Australia speaking on Defence of Country matters, including how Aboriginal people are dealing with the impacts of globalisation in Australia. Long-time activist Professor Gary Foley will deliver his keynote address at 5.30pm at the Capitol Theatre. Conference Dinner at 6.30pm (pre-booked places on Eventbrite registration page).
10:00 AM
Day 3 Theme: Hope, Possibility, Imagined Futures
Our focus today is on old and new forms of activism, focusing on both the historical context and new and emerging forms of digital (hashtag) activisms. Everything that is old is back again (sort of) and it's up to you to assess how far we've come and if we've truly made an impact for the causes that we fight for! We're looking forward to seeing you in Melbourne!
Join us on February 10
We look forward to hosting you in Melbourne!
Register
Main Conference Location
The Capitol Theatre RMIT University
113 Swanston St, Melbourne VIC 3000
The conference will take place across two (nearby) locations. The Capitol Theatre and the Melbourne Town Hall are directly opposite one another. Please be sure to check the program for full details.