Australian Gender Economics Workshop 2022
Hosted by the Women in Economics Network (WEN) and the Australian National University
Virtual and in-person workshop at the Crawford School of Public Policy
Canberra, Australia
10 - 11 February 2022
REGISTER HERE
The aim of AGEW is to foster a community of economic researchers who can collectively contribute to the evidence base needed to guide the pursuit of more gender equitable outcomes in society. The AGEW will include a program of research presentations and a policy symposium session.
Register for the workshop
Registration will open on 15 December 2021. Watch this space for more details.
Virtual Course Offering
Women's labour market, institutions and social norms
Since the 1990s, adult women’s and men’s convergence in labor force participation rate and earnings has stalled and even reversed in many OECD countries (Goldin 2014; Blau and Kahn 2006; and England, Levine and Mishel 2020). This course will explore different factors that explain what is holding women back. The course will begin by analyzing how motherhood impacts women's earning trajectories. It will then move to better understand the penalties associated with alternative work arrangements such as temporary contracts, or part-time work. The course will then analyze the effectiveness of different policies aiming at improving women's labor force attachment. We will conclude by exploring how social norms and institutions intertwine and contribute to this lack of gender convergence.
Date: Wednesday, 9 February 2022
Time: 9:00 AM – 12:00 PM AEDT
Location: Virtual – via zoom
Convenor: Professor Núria Rodríguez – Planas, City University of New York, Queens College
Cost and registration: Details forthcoming when registration for the AGEW opens on 15 December 2021
Keynote Speakers 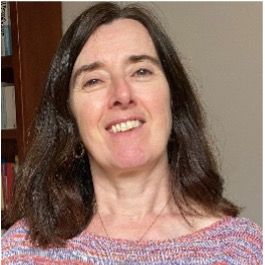 Professor Guyonne Kalb
University of melbourne
Guyonne Kalb is a Professorial Fellow in the Melbourne Institute of Applied Economic and Social Research at the University of Melbourne. She has a PhD in Econometrics from Monash University. She is a Chief Investigator in the ARC Centre of Excellence for Children and Families over the Life Course, a Research Fellow at the Institute of Labor Economics (IZA), associate editor for Fiscal Studies and co-editor for The Economic Record.

In addition, she has been involved in several research projects providing evidence for policy makers, including a number of evaluation studies, such as the evaluation of the Paid Parental Leave scheme and the evaluation of the Try, Test and Learn Fund for the Department of Social Services. She is currently leading the evaluation of the Future Directions strategy, a large social housing policy reform in New South Wales, for the NSW Department of Communities and Justice.
Professor Núria Rodríguez-Planas
city university of new york
Núria Rodríguez-Planas is Professor of Economics at CUNY, Queens College, Doctoral Faculty at The Graduate Center at CUNY, and Research Scholar at Barnard College at Columbia University. She is also the managing editor of the IZA Journal of Labor Policy. Prior to moving to New York, she was Research Fellow at IZA in Bonn, Visiting Professor at the Universitat Pompeu Fabra, Assistant Professor at the Universitat Autònoma de Barcelona, among others. She has also held positions in Washington DC as an Economist at Mathematica Policy Research, the Board of Governors of the Federal Reserve System, and the Brookings Institution. She received her Ph.D. in Economics in 1999 from Boston University.

According to RePEC, as of May 2021, Professor Rodríguez-Planas is ranked in the top 2% of all economists in the last 10 years, the top 3% of all women economists, and the top 1% of all women economists of the last 10 years. She is also ranked in the top 10% of all economists in the sub-field of gender economics. She has received grants from the Russell Sage Foundation, The Carnegie Corporation of New York, BBVA, IZA, PSC-CUNY, Andrew W. Mellon Foundation, European Commission, DG Employment, Social Affairs, and Equal Opportunities, among others. She has published in the American Economic Review, American Economic Journal: Applied Economics, Journal of Human Resources, Journal of Public Economics, and Journal of Economic Behavior and Organization, among other journals. Much of her work has been written about in The Wilson Quarterly, The New York Times, El País, El Economista, and La Vanguardia, among others.
Workshop Location
Virtually and in person
Crawford School of Public Policy, Australian National University, Canberra

To accommodate the continued uncertainty as a result of the global pandemic, the 2022 workshop will be hosted in a hybrid form, both virtually and in-person, at the Crawford School of Public Policy at the Australian National University, in Canberra, Australia.

The entire workshop will be accessible in both formats (virtual and in-person).

AGEW invites the submission of research papers from both junior and senior researchers on any topic related to gender economics. Both applied and theoretical papers that meet high standards of methodological rigour are invited. Papers should apply an economic framework and gender should be a core element of the analysis. Papers should also demonstrate real world relevance and applicability to addressing issues of social or economic concern.

To accommodate continued uncertainties resulting from the global pandemic, the entire workshop will be accessible virtually and in-person. For this reason, the workshop welcomes submissions from domestic and international authors, irrespective of their ability to travel to Canberra.

Full papers or extended abstracts (min. 1500 words) can be submitted to the AGEW2022 Scientific Committee. We invite papers on the following themes and beyond:

Presenters of any gender are welcome to the workshop. Gender economics does not necessarily entail an exclusive focus on women or exclusively on binary classifications of gender.

A prize to the Best Student Paper will be awarded at AGEW2022. Authors are eligible for this award if their paper is chiefly based on research that they conducted as an undergraduate or postgraduate university student. Candidates should be a current student or have graduated no longer than two years ago.

If you would like to be considered for the Best Student Paper Award at the AGEW2022, please indicate your eligibility in your paper submission.Best Poster Prize

A best poster prize will also be awarded based on workshop participants' preferred choice.
COVID - Safe Practices
As we get back into the swing of in-person events we should all be mindful of COVID-safe practices to protect ourselves and each other, such as:

Good hygiene practices: Washing hands regularly; covering your cough and sneezes; discarding used tissues into a bin; avoiding close contact with people who are sick; avoid touching your eyes, nose and mouth; and staying at home and avoiding social activities if you're feeling unwell.

Checking in using the Check in CBR app: Please note, this is mandatory in the ACT. Data of where you have been is stored on the app for your use and is also held in a secure ACT Health server for 28 days, after which it is deleted.
Contact us
If you have any additional questions, the organising committee can be reached at: [email protected]