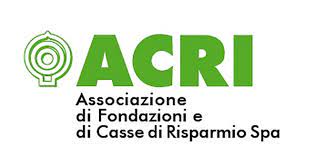 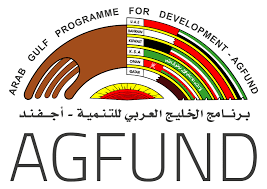 G20 and locally focused banks - Journey to financial inclusion and education
Join us on October 19!

The meeting will be organized in English. English - Italian simultaneous interpretation will be arranged.
The World Savings and Retail Banking Institute (WSBI), Association of Savings Banks and Foundations Italy (ACRI) and Arab Gulf Programme for Development (AGFUND) are organising "G20 and locally focused banks" conference on 19 October 2021 under the G20 Italian Presidency.

The draft programme will focus on the following topics:
• Keynote speeches from G20 Italian Presidency
• Improving digital financial literacy for better inclusion
• Can open banking help better financial planning?
• Leaving nobody behind in financial inclusion
• Advancing digital literacy to build financial well-being and resilience
RSVP Now
Location
Zoom Meeting
https://wsbi-esbg-org.zoom.us/meeting/register/tZEkduCgqDkvHNJ7SqS52mkiKdtVDkpPhT_M
Date & Time
October 19, 2021, 10:00 AM - 05.40 PM
Draft programme
10:00 AM
Welcome Messages
- Managing Director of WSBI
- Mr. Gerhard Brandstätter, Vice President ACRI, Chairman of ACRI Banks Committee, President of Cassa di Risparmio di Bolzano ACRI Italy
10:10 AM
Keynote speeches from G20 Italian Presidency
Ms Maria Cecilia Guerra, Undersecretary of Ministry of Finance, Italy
Ms Magda Bianco, Head of Consumer protection and Financial education Department and GPFI Co-Chair, Banca d’Italia
10:30 AM
Improve digital financial literacy for better inclusion
Digital financial literacy (DFL) is becoming an increasingly important aspect of education in the digital age. The development of digital financial products and services creates greater opportunities for financial inclusion but requires consumers to have better knowledge to understand their costs and benefits and to know how to avoid fraud and costly mistakes. What can be done to promote digital financial education? What are lessons learnt so far? Is there a gap in digital financial education strategies between men and women, between urban and rural residents and between the young and the elderly? How can we narrow the gap? How can public and private partnership contribute?

Moderated by Ms Debbie Watkins, Founder and CEO of Lucy

Open banking through financial data sharing may empower customers to be wiser about their money and could assist them in their personal financial planning with dedicated tools. However, customers need to be aware with whom they are sharing this sensitive data with as they can be exposed to risks if they are not aware of basic security awareness and privacy concerns. How can open banking, financial education and consumer data and privacy protection be immersed to maximize the potential of open banking?

Speakers:
- Mr Rik Coeckelbergs, Founder and Managing Director of The Banking Scene
- Ms Faith Reynolds, Senior Fellow at the Financial Innovation Lab UK, Board member of Fair4All Finance
- Ms Esther Groen, Advisor to the Board, Holland Fintech
01.00 PM
Break
02.00 PM
Leaving nobody behind in financial inclusion - integrating smallholder farmers into the global supply chain
Is smallholder farmer in rural communities the last mile for financial inclusion? Can digitalisation help improve farmers’ access to finance thus to better productivity and prosperity? How can they benefit from a digitized global supply chain? How can rural development contribute to smallholder farmers’ prosperity? 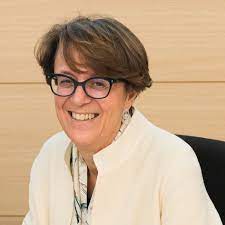 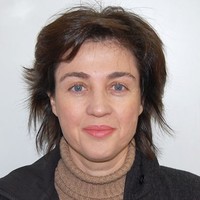 MAGDALENA BRIER LOPEZ-GUERRERO
Managing Director, Profuturo
Magdalena Brier is the Managing Director of ProFuturo Foundation, an education programme launched in 2016 by Telefonica Foundation and “la Caixa” Foundation to narrow the education gap in the world by providing quality digital education for children in vulnerable contexts. 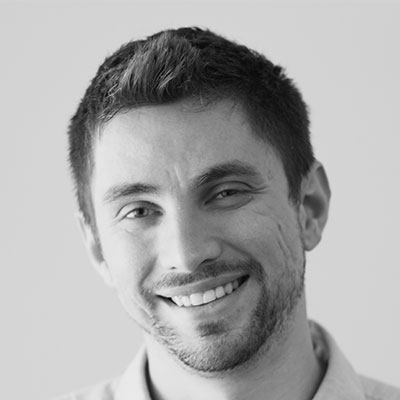 Jaco Weideman
Head, Knowledge Management, Finmark trust
Jaco Weideman has a passion for all things related to data science. At FinMark Trust, he focuses on supporting the data and analytics to align their efforts to the priorities of regulators, policy makers and financial services providers. He holds a masters degree in econometrics as well as an undergraduate in economics. Prior to his time at FinMark Trust, Jaco worked at South Africas largest retail bank building credit risk models. 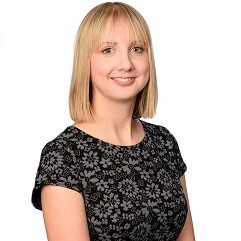 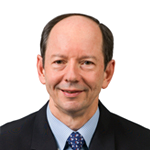 Peter Morgan
Senior Consulting Economist, Vice Chair of Research, Asian Development bank institute
Previously he served in Hong Kong, China as Chief Asia Economist for HSBC where he was responsible for macroeconomic analysis and forecasting for Asia. Before that, he was Chief Japan Economist for HSBC and held comparable positions at Merrill Lynch, Barclays de Zoete Wedd, and Jardine Fleming. Prior to entering the financial industry, he worked as a consultant for Meta Systems Inc in Cambridge, Massachusetts in the United States specializing in energy and environmental areas, including energy policy issues in Asian countries, and at International Business Information KK in Tokyo specializing in financial sector consulting.
Chris De Noose
Managing Director, WSBI
Mr. Chris DE NOOSE holds a Masters degree in Economics and Finance, Consular Science, Commercial Engineering and Management from the Flemish University of Brussels.

He began his professional career in a Belgian savings bank in 1974 as Adviser to the Chairman. From 1980 till 1994, Mr. DE NOOSE was Chief Executive Officer of the Belgian Savings Banks Association. In 1994, Mr. DE NOOSE took up the post of Managing Director of ESBG and WSBI, which he holds up till now.

Gerhard Brandstätter,
Vice President ACRI, Chairman of ACRI Banks Committee, President of Cassa di Risparmio di Bolzano ACRI Italy
Mr. Brandstätter graduated from University of Florence with a degree in Law, is a famed italian lawyer and he holds a prestigious law firm in Bolzano with branch offices in Milan and Munich. Moreover, he has a long standing experience in banking sector. Indeed, he covered several relevant positions in national banking associations. He currently serves as Chairman of Cassa di Risparmio di Bolzano, member of the Italian Banking Association Board of the Directors, member of the Interbank Deposit Protection Fund Board of the Directors and Vice President of ACRI (the Association of Italian Foundations and Savings Banks). 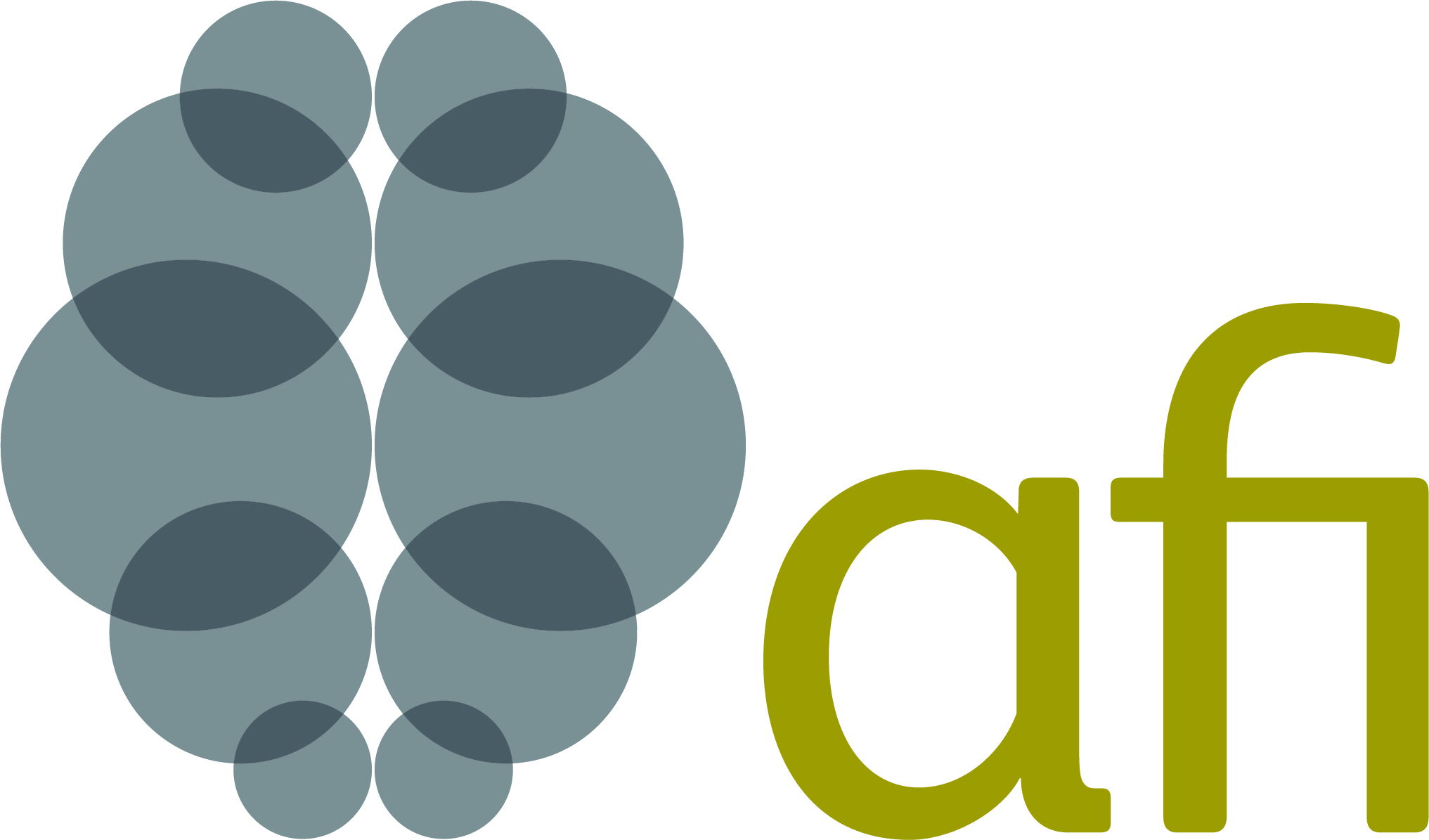 Adadzewa has over 15 years working experience in the development sector. Her expertise is in economic empowerment - specifically financial inclusion, and private sector development. she possesses a rich multicultural work experience across Africa, and Asia. I like to take on big challenges and solve them.
Mikhail KULICHKOU
Executive director, belarusbank
Graduated from the Belarusian State University with a degree in international law. Began his career at Belarusbank in January 1997. Since 2001, he has held senior positions in the Legal Department, International Business Department. Since 2019 Mr. Kulichkov is an executive director, supervises international business, interaction with financial institutions. 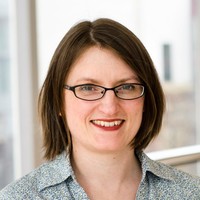 Faith Reynolds
Senior Fellow at the Financial Innovation Lab UK and  Board member of Fair4All Finance
Faith has worked on a diversity of issues ranging from enforcement and redress in financial services through to accessibility and vulnerability. She recently authored the independent reports, Consumer Priorities for Open Banking (2019) and Open Banking: A consumer perspective (2017).
Guillermo Bueso
CEO, Banco Atlántida, Honduras
At the CEO of Banco Atlántida, Guillermo Bueso successfully leads the digital transformation and regional expansion of the Group. He has a broad career of more than 28 years in banking, finance and industry.
Giuseppe Ghisolfi
head of content, Open Banking Expo
A career journalist, Professor Ghisolfi taught "Theory and Method of Mass Media". Between 1997 and 2018 he was president of Cassa di Risparmio Spa and between 1994 and 1997 vice president of the Cassa di Risparmio di Fossano Foundation.  He was director of the Italian Foundation for Financial Education and Advisor of the National Bank. He has directed television and newspapers, including Telecupole and the Giornale del Piemonte. 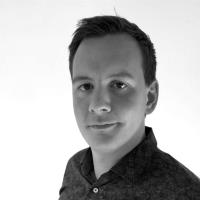 Rik Coeckelbergs
Independent Advisor, Opinion Maker and Consultant at The Banking Scene
Rik Coeckelbergs is also the founder of The Banking Scene. He is passionate about building communities and conceptualizing ideas, enabling sustainable business models. Prior to his current position he was Payments and Management Consultant at Clear2Pay, Business Controller at Colruyt and Senior Product Manager Daily Banking at bpost bank. In 2009, he created a Linkedin community Innovation In Payments which today has more than 23,500 active global members. 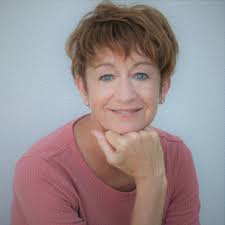 Debbie Watkins
Founder and CEO, lucy
ALEJANDRO FERNANDEZ W.
Superintendente de Bancos de la Republica Dominicana
He has a wide experience that includes the performance of executive functions in the financial industry (public and private sectors), as well as a consultant, analyst, educator and public opinion maker in the financial field. Distinguished Bachelor of the Loyola College (1990), he is also a graduate cum laude in International Relations from the Walsh School of Georgetown University (1994), a Chevening Scholar (1995) and a Master in International Business and Finance from the Fletcher School of Tufts University (2000).
Julius Kakeeto
MANAGING DIRECTOR AT POST BANK UGANDA LTD
Mr. Julius Kakeeto is a Ugandan banking executive who is currently the Managing Director / CEO of PostBank Uganda. He has over 20 years banking experience gained in Africa and United Kingdom across different functions of banking including Risk Management, Finance, Customer Relationship Management, Strategy and Treasury Operations. Before joining PostBank he was the Managing Director of Orient Bank. He is a Fellow Chartered Accountant (FCCA) and an alumni of Manchester Business School where he obtained his MBA. 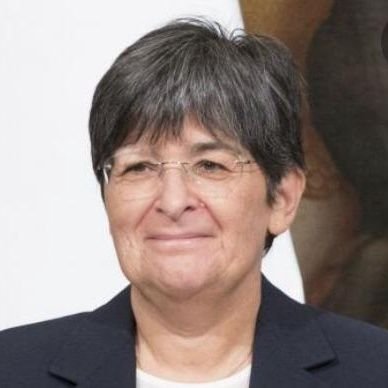 Maria Cecilia Guerra
Undersecretary of Ministry of Finance, Italy
Maria Cecilia Guerra is full professor of Public Finance at the "Marco Biagi" Department of Economics of the University of Modena and Reggio Emilia. She was  former Head of the Economics Department at the Faculty of Economics “Marco Biagi”, University of Modena and Reggio Emilia.
She is undersecretary of the Ministry of Economy and Finance in the Draghi government. She was undersecretary at the same department in the Conte II government, undersecretary at the Ministry of Labor and Social Policies during the Monti government and deputy minister at this same department with responsibility also for Equal Opportunities during the Letta government.
PRASUN KUMAR DAS
Secretary general, Asia-Pacific Rural and
Agricultural Credit Association (APRACA)
Prasun Kumar Das is currently leading the Asia-Pacific Rural and
Agricultural Credit Association (APRACA) as its Secretary General based out of Bangkok, Thailand. Prior to this assignment he was the Project Manager of IFAD regional grant project, Rural Finance specialist in FAO, Associate Professor, Research Director in DFID regional grant project. He also held Senior position in public sector commercial bank and consultant advisor/expert on rural and agricultural development to the Government of India. 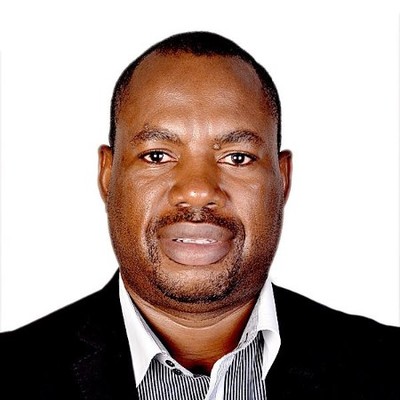 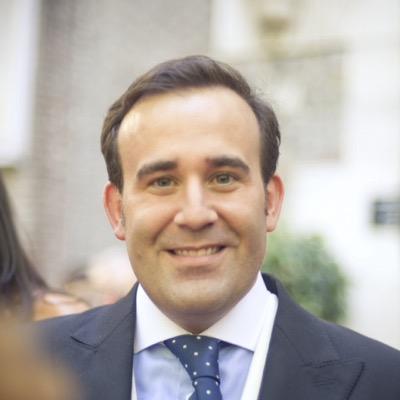 SEIGIO GUTIERREZ
Director of AgroBank, CaixaBank Spain
Sergio Gutierrez is Corporate Director of AgroBank, He has behind him extensive experience directing the Bankia branch network in the territorial addresses of Madrid and Murcia-Alicante. In the latter, he also had responsibilities in the merger of Bankia and BMN with the integration of the commercial network of both entities. Subsequently, he has been Corporate Director of Marketing, Business Intelligence and Digital Banking at Bankia. 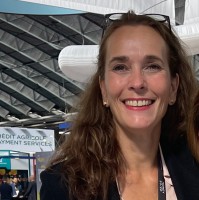 ESTHER GROEN
ADVISOR TO THE BOARD, HOLLAND FINTECH
Esther currently advises the Board of Holland Fintech - the Dutch community for Digital Finance. She was partner at Innopay – a Dutch strategy consultancy firm in digital transactions – where she led the Banking, Payments & Fintech practice for 4 years and represented the company on topics like payment innovation, open banking, digital identity and smart home commerce. Prior to joining Innopay, she worked for over 10 years in global transaction services at ABN Amro and the Royal Bank of Scotland in multiple (sales) management roles.
SHAJI KRISHNA V
Deputy Managing Director, National Bank for Agriculture and Rural Development India
Shri Shaji K V  is a post graduate in agriculture and holds PGDM in Public Policy from Indian Institute of Management (IIM), Ahmedabad. Before joining NABARD, he worked in Canara Bank in various capacities for 26 years. As his last assignment, he was at the corporate office of Canara Bank in charge of Strategy, Planning and Business Development. He had successfully handled the project of amalgamation of Syndicate Bank into Canara Bank.
Shri Shaji K V was earlier also the Chairman of India’s largest Regional Rural Bank, Kerala Gramin Bank.

By registering to this event you agree that your personal data collected in this process may be used to send you information of future events and other activities of WSBI-ESBG.
We are committed to storing and handling your data with the highest degree of transparency. You may therefore at any time request that your personal data in our database be disclosed to you. You may also at any time request to be deleted from our database.

Copyright © 2021 WSBI-ESBG, All rights reserved.
You are receiving this email because you are interested in WSBI-ESBG activities.