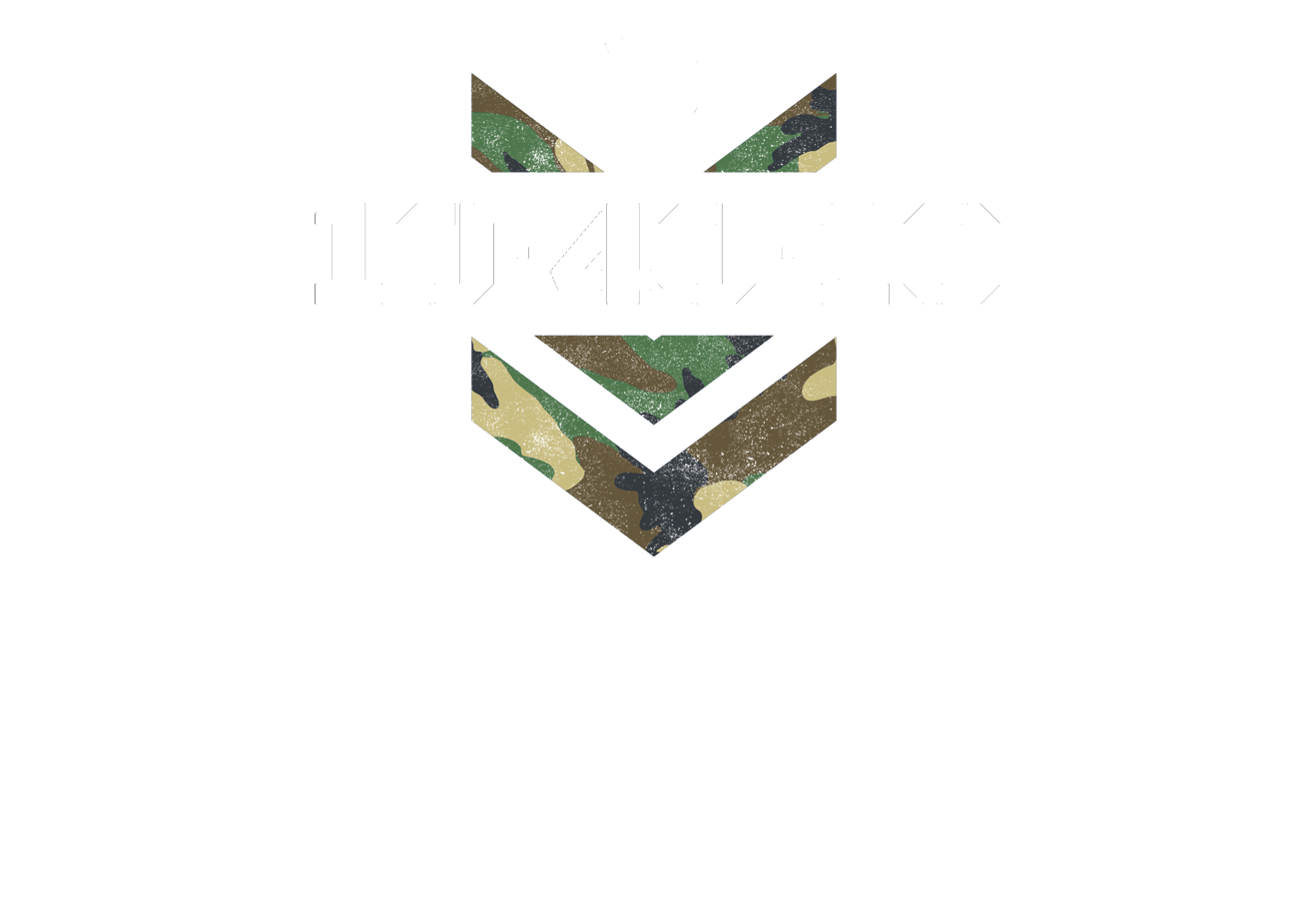 This is your chance to make your country better. All Americans are encouraged to participate and earn each hero’s challenge coin.

This is a Partner Mission! When registering, sign up your team by selecting the option to purchase 2 tickets at once!

To earn a challenge coin:
1) Must compete in Adaptive, Sergeant, or Master Chief division
2) Must complete the workout in under 15:00 minutes
Register Remote
workout details
The “Brock” is a partner mission. You will have an official judge to not only count your reps, but to ensure reps meet required 104010 standards. Earn your coin!
master chief
division

to earn a coin: complete in 15 minutes or less
sergeant
division

covid cdc guideline
All participants, judges and witnesses must follow all social distancing and other local guidelines related to COVID-19 during the course of participation in the competition.
Meet Brock.

Brock is a Navy veteran, coach and eternal patriot. In his free time, he enjoys working out and punching adversity in the face. Raise your game and your country by helping us honor a hero who embodies American grit and courage.
Brock Shiffer

Brock is the definition of a “Post-9/11 Generation Veteran”, enlisting in the U.S. Navy just days after the historic event that changed the life trajectory of many individuals still serving today. His service in the Navy, where he happened to meet CEO Alex Witt, gave him a sense of pride and that close-knit family unit that he felt his life was missing. His time in service was unfortunately cut short, as Brock suffered a severe T-12 spinal cord injury as the result of a car accident. This is the point where many in his shoes would find themselves with little motivation except to quit, but warriors like Brock never quit. They drive on and figure it the f*** out.

After his accident, Brock found his calling in coaching football, which enabled him to inspire young men to see pain as simply a temporary hurdle, and to keep pushing against adversity.

In 2016, adversity reared its head once again in Brock’s life, as he was diagnosed with Parkinson’s disease. Fate failed to deliver that knockout blow, and Brock fought on.

Since then, Brock has found a home at 10.40.10 fitness, and with us here at Battle Bars. His gym family constructed a physical fitness regimen that not only allows him to keep an active life, but to excel and grow his athletic abilities, injuries be damned.

Despite the difficulties above, which include hospitalizations for surgeries, pressure sores, Brock refuses to quit. He shows up at the Battle Bars HQ daily, constantly seeking improvement. In doing so, he inspires countless others, including us, to push themselves to be better Americans.

He embodies the F.I.T.F.O. mentality, and we are proud to showcase him to all of you, our valued and appreciated customers. 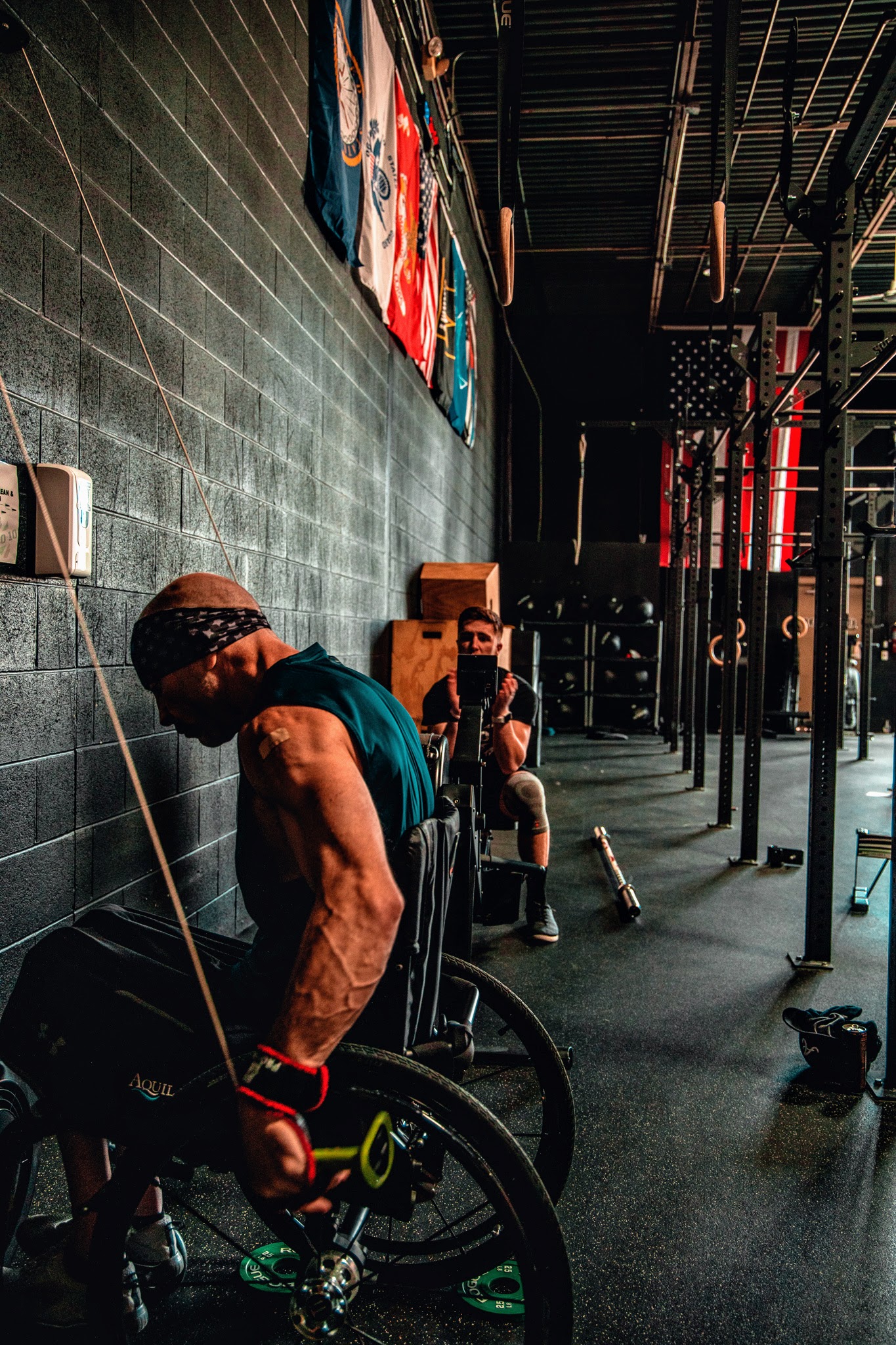 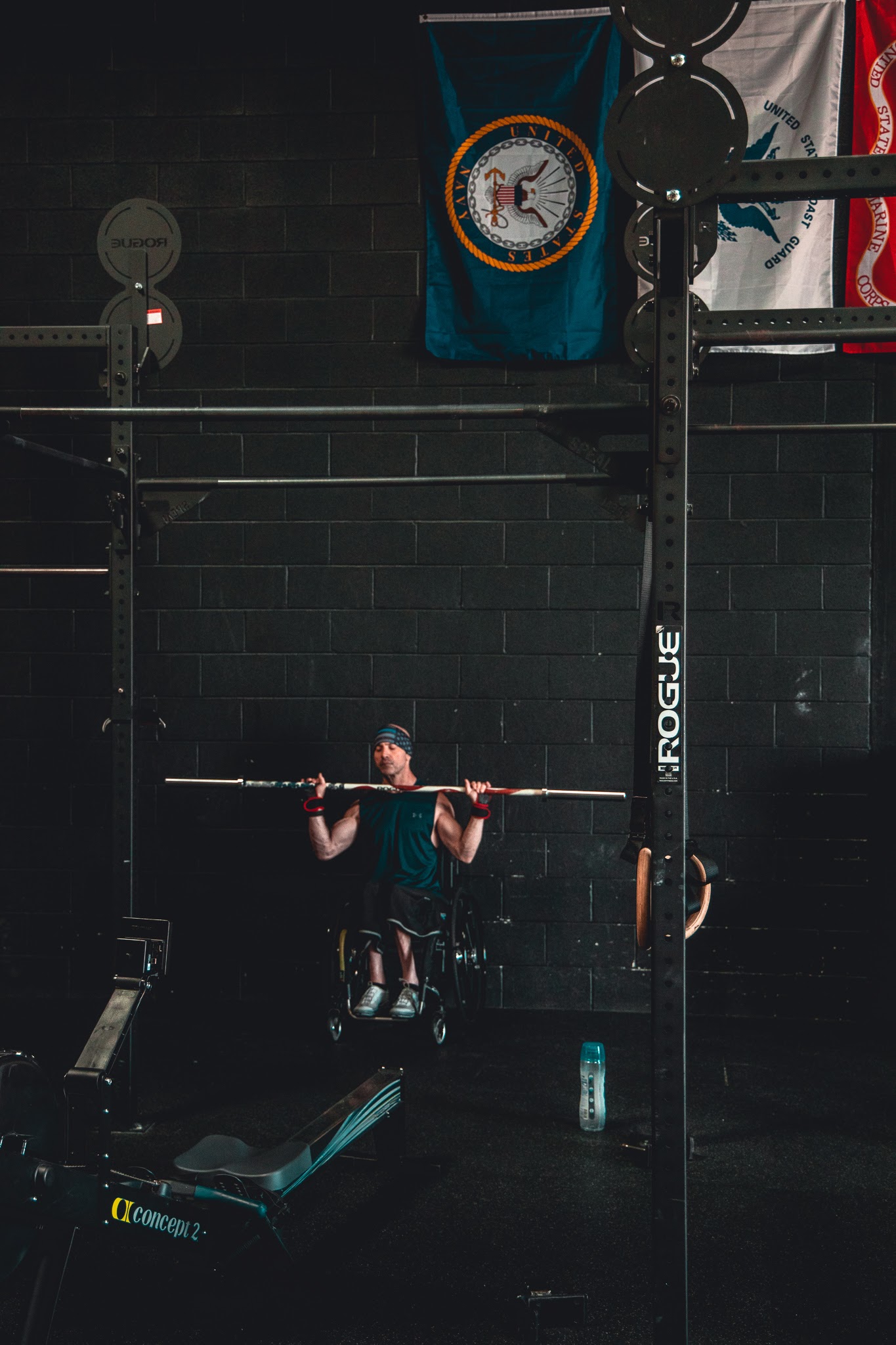 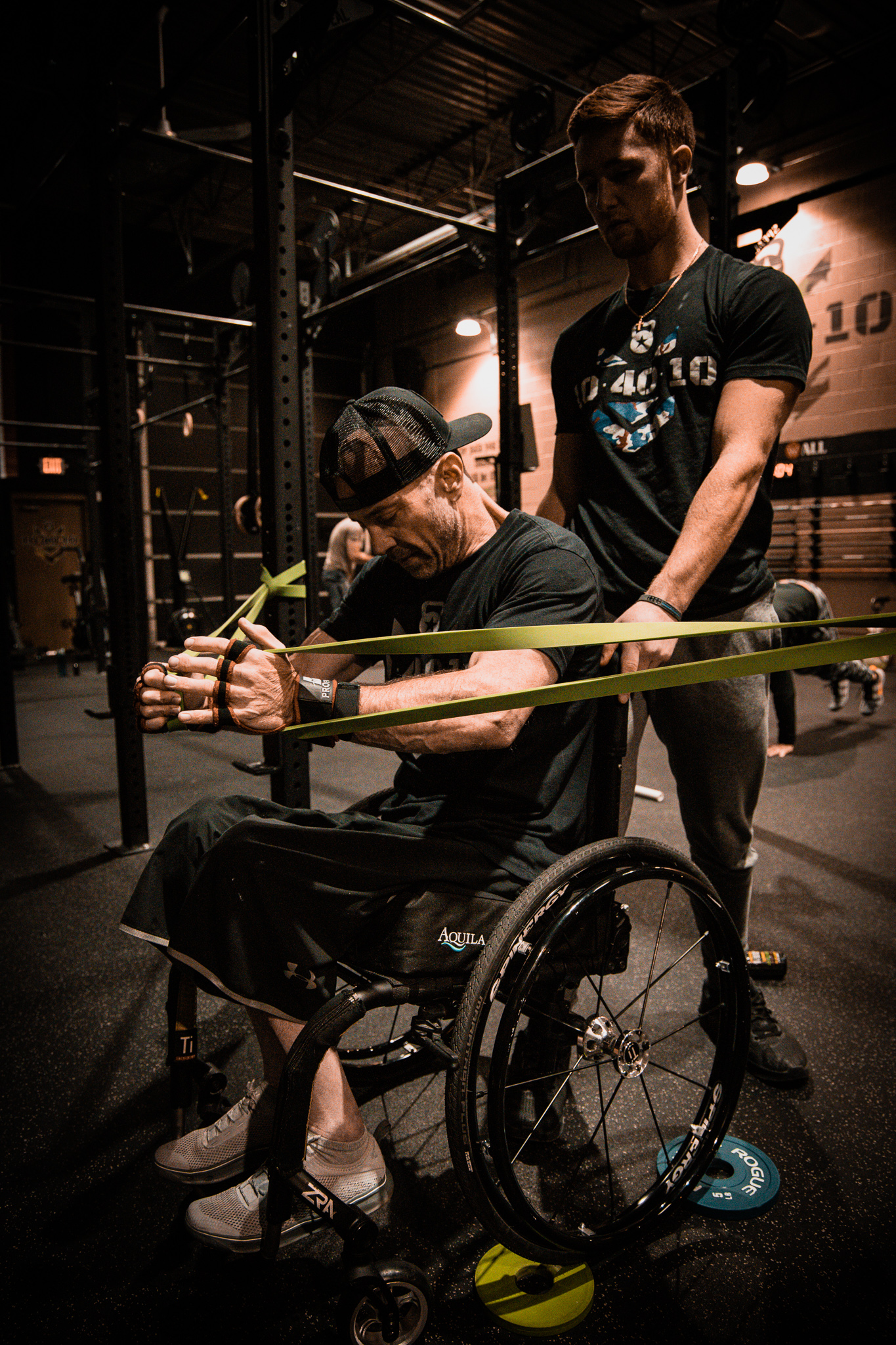 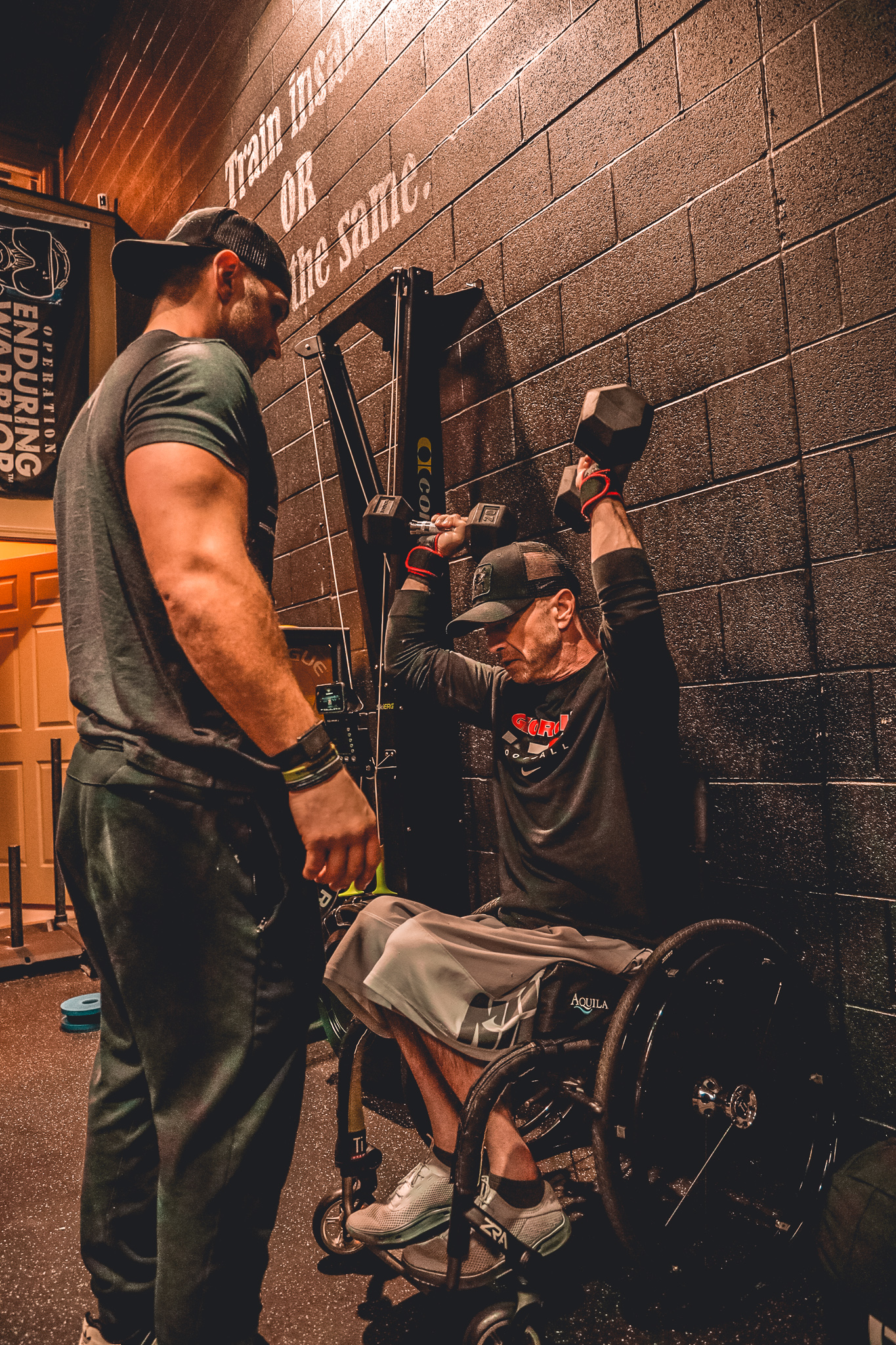 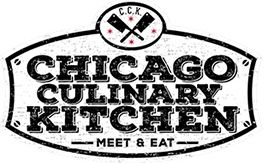 Join us on May 16
We look forward to hosting you!
Register Now
© 2021. All Rights Reserved.
Event website powered by EventCreate
Register Now