A day-long symposium addressing special considerations for working with men, boys, LGBTQ, and other under-served populations in Human Trafficking. This event is presented by North County Lifeline and is open to first-responders, community members, and anyone working with survivors.

Course meets the qualifications for 4.25 hours of continuing education credit for LMFTs, LCSWs, LPCCs, and/or LEPs as required by the California Board of Behavioral Sciences.  For additional questions or special accommodations, email Samar Nasrawi at [email protected].

Kyler Daugherty on Considerations for Male Survivors of Human Trafficking

Message from a Survivor Advocate

Those marked by an asterisk (*) indicate CEU approved presentations 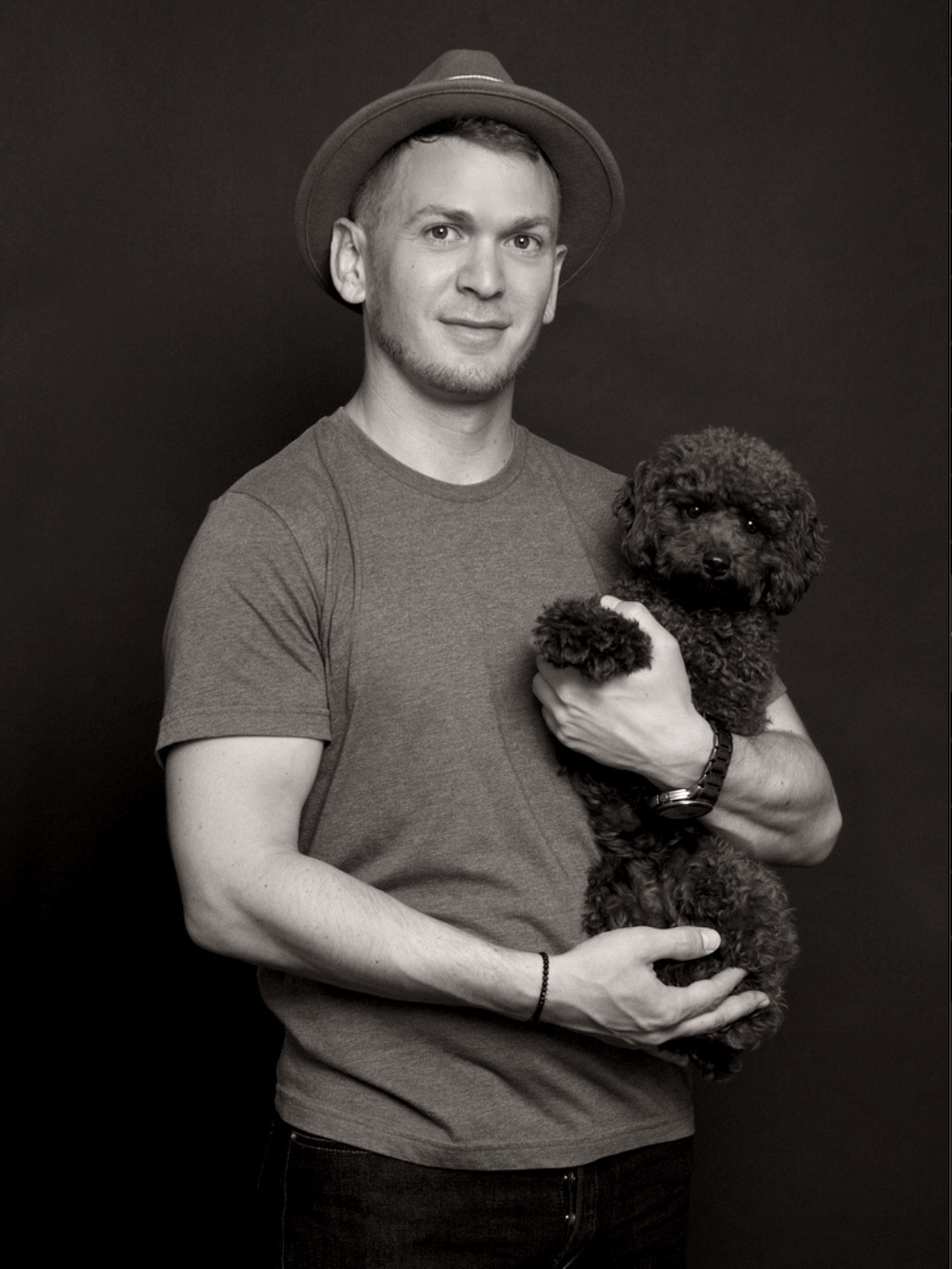 Kyler Daugherty is an advocate and survivor of human trafficking. After years of silence, and years of struggling to find services for male survivors, Kyler finally found the therapy and services he needed, which gave him the strength and courage to come forward. Kyler has now devoted his life to helping others and to being the male voice and support he struggled so many years to find. Kyler has worked with many nonprofits such as World Without Exploitation, The New Abolitionist, End Slavery Now, H.O.P.E., North County Life Line and Project Life. He has also taught a series on LGBTQ Self Identity at San Diego State University. He was also a consultant to the Venezuelan Government as they changed their laws on prostitution. 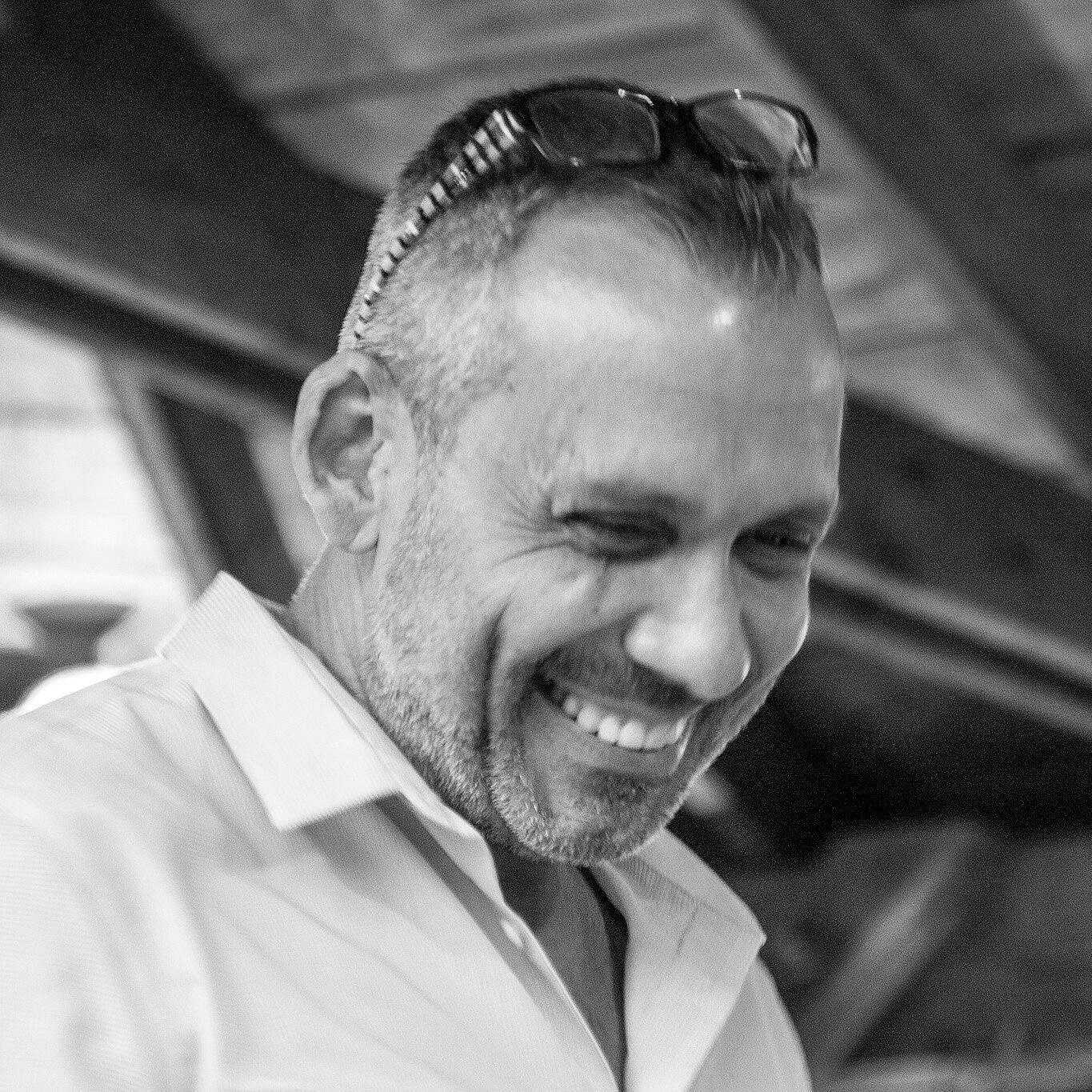 Max was born in Italy in 1968 and arrived in the U.S. in 1998. He earned a bachelor’s degree in political science in 2011 and master’s degree in non-profit leadership and management in 2016. As the founder and executive director of the North County LGBTQ Resource Center, Max provides training within the community to police, some sheriff stations, schools, hospitals, clinics, and corporate environments on LGBTQ competency. Max also serves as an active member of the San Diego Leadership Council, San Diego County Sheriff LGBT Advisory Council, and FBI Advisory Summit, and is a current board member of the Oceanside Library and Speaker of the House appointed for the California State Board of Behavioral Science (BBS). Max has received multiple awards and recognition for his work, including the 2010 San Diego Harvey Milk Award, 2011 Lambda Archives “Heroes, Pioneers & Trailblazers” Award, 2013 Martin Luther King Community Award by the City of Oceanside, 2013 KPBS Local Heroes Award, and 2017 Digna Ochoa Human Rights Defender Award Amnesty International #471. 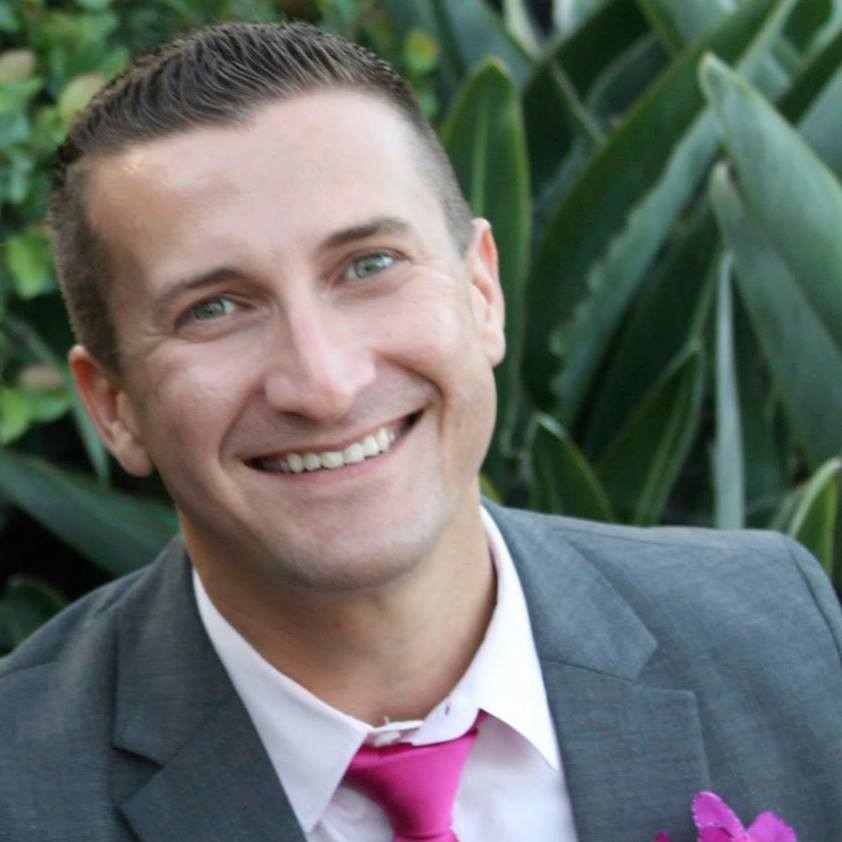 Fernando Z. Lopez, the Executive Director for San Diego Pride, moved to San Diego in 1999 as a homeless youth and has since become a prominent LGBTQ community leader through their work with organizations such as Equality California and Marriage Equality USA, advocating for LGBTQ rights.

Lopez has expanded LGBT voter outreach, increased San Diego Pride’s international relations work, helped to build a coalition of LGBT athletic organizations to combat homophobia in sports, and worked with US law enforcement and armed services to increase LGBTQ sensitivity and compassion. In addition to expanding Pride’s Youth programs, they are a founder of the LGBTQ Survivors Task Force, #MeTooLGBTQ Conference, and the Orgullo Sin Fronteras Conference. Lopez’s years of LGBTQ advocacy, nonprofit management, public education, diversity consulting, media relations, and community organizing have made them a powerful champion for the LGBTQ community.

The SD HTTF was formed in January 2015 and maintains a victim-centered approach. The SD HTTF utilizes the model advanced by the U.S. and California Department of Justice to successfully combat human trafficking through the 4 P’s; Prevention, Protection, Prosecution, and Partnerships. The mission of the SD HTTF is to disrupt and dismantle human trafficking and child exploitation organizations through a comprehensive, collaborative and regional law enforcement and prosecution response, in order to identify and rescue victims and hold their offenders accountable; along with promoting  community awareness, expanding the exchange of information, and enhancing law enforcement resources and training. 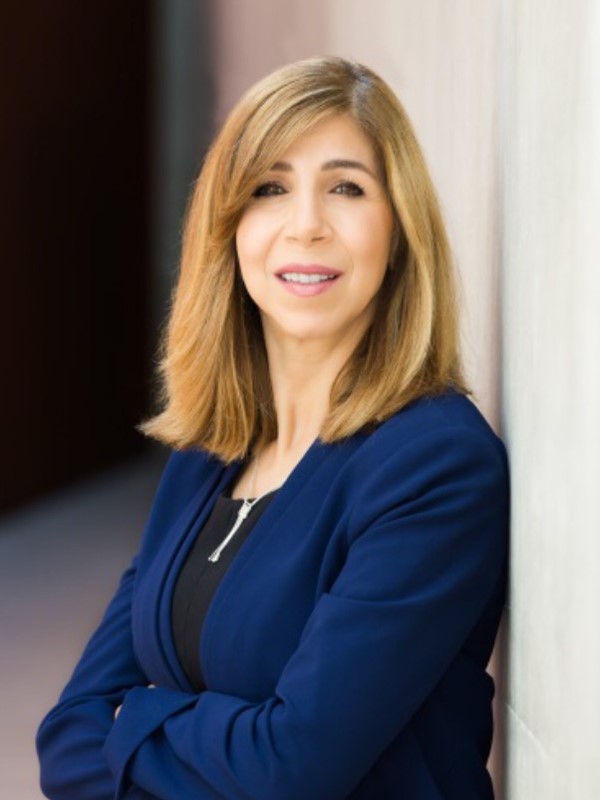 Summer Stephan has devoted her life to protecting and advocating for vulnerable members of our community.

North County Lifeline’s human trafficking program, Project LIFE, relies on Summer’s expertise, support, and leadership. Summer is the Chair of the Human Trafficking and Commercial Sexual Exploitation of Children Advisory Council, among several other leadership positions in the fight against trafficking. The DA’s office has prosecuted countless trafficking cases under Summer’s leadership and has been a key partner in Lifeline’s efforts to support victims of human trafficking.

In the community, Summer spearheaded the PRICE Coalition which brought together law enforcement, universities, high schools, victim advocates and community groups to create an educational media campaign targeting sexual violence against teen girls and women with the slogan: “Know the Price.”

Most recently, Summer led the award winning “Ugly Truth” Human Trafficking Campaign which blanketed San Diego County as an awareness initiative that included a phone number that victims could call for help. North County Lifeline has helped countless survivors who called for help after seeing an “Ugly Truth” ad on a bus, in the trolley, or on a poster.

Summer is a local champion and national leader in the fight against human trafficking. 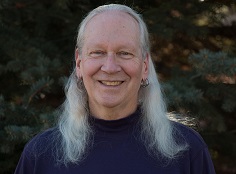 Jim Struve, LCSW is a Clinical Social Worker in Salt Lake City. He has been working with male-identified survivors since 1976. He was Conference Chairperson for the 1989 International Male Survivor Conference and was a Founding Member of the organization now known as MaleSurvivor.org. He was the recipient of the Richard Gartner Award for Clinical Contribution given at the 2010 MaleSurvivor International Conference. Jim is currently Executive Director of MenHealing/Weekends of Recovery. He frequently conducts training workshops about issues related to sexual trauma and he has a number of publications on this topic, including “Beyond the Gay/Straight Binary: Gender and/or Sexually Diverse Male Survivors” (co-authored chapter in Gartner, Richard (Ed.). Boys and Men Betrayed: Understanding the Trauma of Sexual Abuse and Assault). Jim maintains a commitment to social justice as an underlying principle in all of his professional work and advocacy. Personally, Jim is an avid skier and mountain biker. 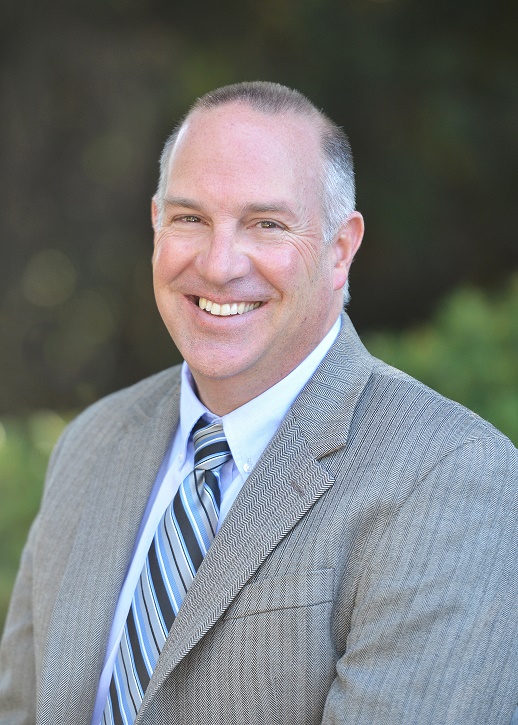 Don Stump has more than 30 years of experience leading nonprofit organizations that serve youth and families in San Diego County. Since joining North County Lifeline as Executive Director in 2007, Don’s accomplishments have included program and strategy development, collaborative leadership, and diversifying sources of funding. Under his tenure he has doubled Lifeline’s annual budget and expand services to include transitional housing for former foster youth and comprehensive intervention for victims of human trafficking. Significant acknowledgements include the Aleshire Leadership Award which recognizes an outstanding regional leader in North San Diego County; the Spirit of Carol Sigelman Award recognizing civic engagement and philanthropy in the North County; and Don has been recognized by the San Diego Business Journal as one of the San Diego’s 500 most influential business leaders. 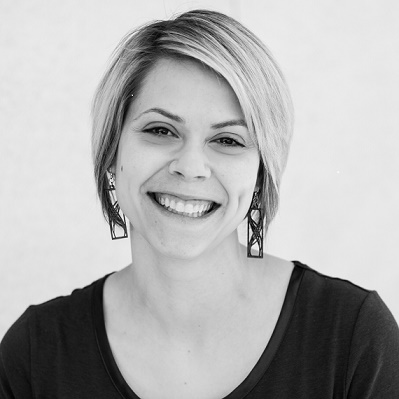 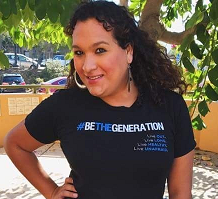 Prizila has been working in the San Diego community as an advocate for foster youth, HIV/AIDs, and SOGIE (Sexual Orientation, Gender Identity and Expression) specific services since 2006. Prizila has worked with nonprofits, government agencies, and various service providers offering training, consultation, and client advocacy. Some of these organizations and programs include Center for Community Solutions, North County Lifeline, the San Diego LGBT Community Center, UCSD, San Diego Youth Services, San Diego County Child Welfare Services, the North County LGBTQ Resource Center, Voices for Children, California Coalition for Youth, The Center of Excellence for Transgender Health, San Diego Office of Education, and Family Health Centers. Prizila is not a survivor; she is a warrior!

Parking will be available in the lot underneath the library at a special discounted price. Parking is limited and available on a first-come, first-serve basis. Carpooling is encouraged.