An Intimate Musical Evening With Rising Star Sterling Elliott
Join us on December 8, 2022 at 6:15pm
We are thrilled to invite you all to a very special evening at the home of Simon Yates and Kevin Roon featuring Sphinx Organization winning rising star young cellist Sterling Elliott with special guest appearance by Billboard Chart topping cellist John Henry Crawford. 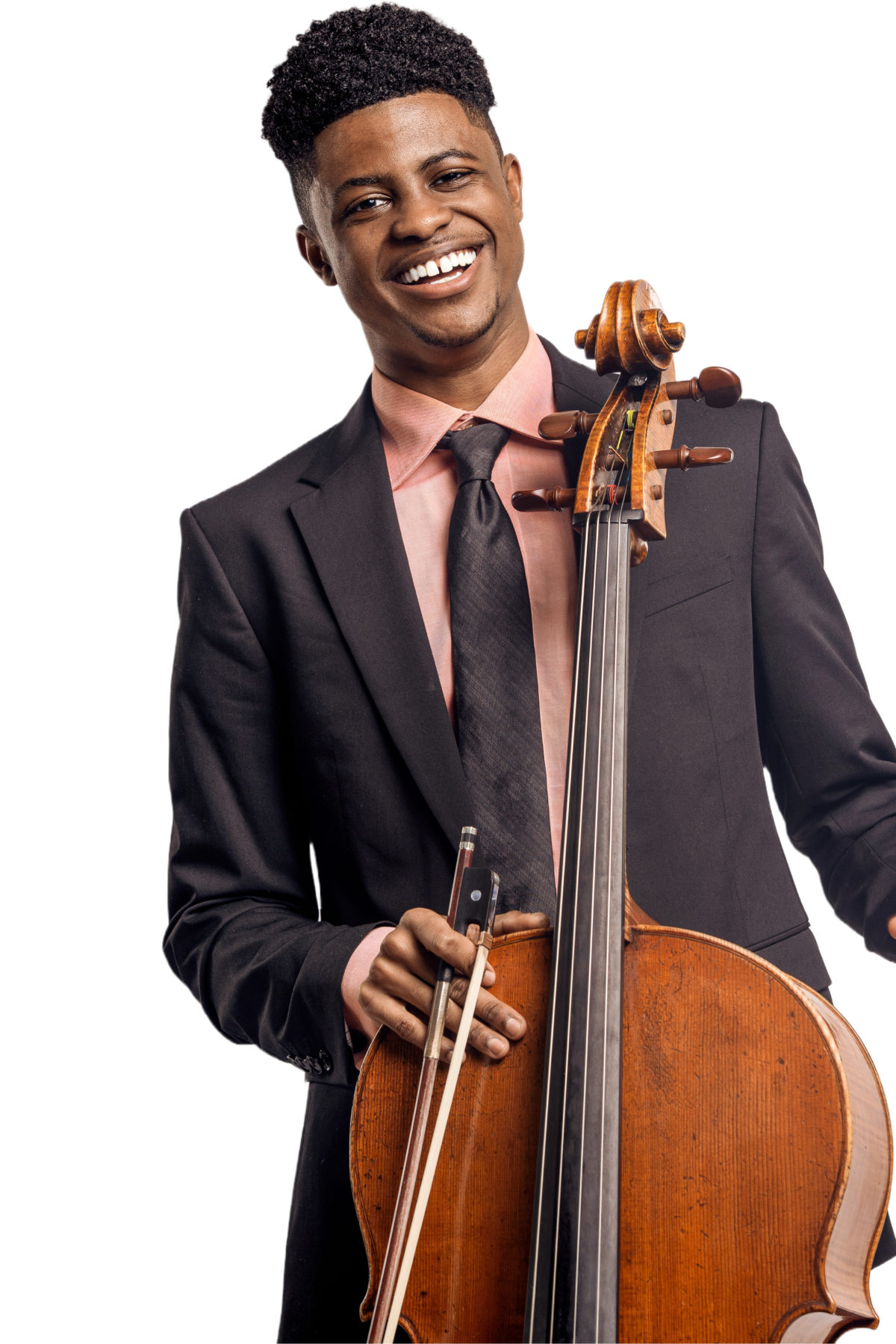 Sterling Elliott
Cellist
Acclaimed for his stellar stage presence and joyous musicianship, cellist Sterling Elliott is a 2021 Avery Fisher Career Grant recipient and the winner of the Senior Division of the 2019 National Sphinx Competition. Already in his young career, he has appeared with such major orchestras as the Philadelphia Orchestra, the New York Philharmonic, the Boston Symphony, the Cleveland Orchestra, the Los Angeles Philharmonic, the Detroit Symphony, and the Dallas Symphony, with noted conductors Yannick Nezet-Seguin, Thomas Wilkins, Jeffrey Kahane, Bramwell Tovey, Mei Ann Chen and others. This summer, he made his Aspen Festival debut, performing the Brahms Double Concerto with Gil Shaham, and he made his German debut in Munich in May 2022, performing chamber music with Daniel Hope.

The 2022-2023 season will see his debuts with the Colorado Symphony, Cincinnati Symphony, North Carolina Symphony, and Ft. Worth Symphony, among others, with return appearances including the Buffalo Philharmonic.

Sterling Elliott is currently a Kovner Fellow at the Juilliard School where he is pursuing his Master of Music degree studying with Joel Krosnick and Clara Kim. He completed his undergraduate degree in cello performance at Juilliard in May 2021. He currently performs on a 1741 Gennaro Gagliano cello on loan through the Robert F. Smith Fine String Patron Program, in partnership with the Sphinx Organization.
John Henry Crawford
Cellist
Born in the small Louisiana city of Shreveport, cellist John-Henry Crawford has been lauded for his “polished charisma” and “singing sound” (Philadelphia Inquirer) and in 2019 was First Prize Winner of the IX International Carlos Prieto Cello Competition and named Young Artist of the Year by the Classical Recording Foundation.

At age 15, Crawford was accepted into the legendary Curtis Institute of Music to study with Peter Wiley and Carter Brey and went on to complete an Artist Diploma at the Manhattan School of Music with Philippe Muller, a Master of Music at The Juilliard School with Joel Krosnick, and pursue further study in Chicago with Hans Jørgen Jensen. He has given concerts in 25 states as well as Brazil, Canada, Costa Rica, France, Germany, Mexico, and Switzerland at venues such as The International Concert Series of the Louvre in Paris, Volkswagen’s Die Gläsern Manufaktur in Dresden, and the inaugural season of the Tippet Rise Arts Center in Montana.

Crawford is from a musical family and performs on a rare 200-year old European cello smuggled out of Austria by his grandfather, Dr. Robert Popper, who evaded Kristallnacht in 1938. He also performs on a fine French bow by the revolutionary bowmaker Tourte “L’Ainé” from 1790. Before attending Curtis, Crawford studied with concert cellist Andres Diaz of Southern Methodist University. In addition to music, he enjoys reading about astrophysics, running, performing magic tricks, and photography.
Join us on December 08
We look forward to hosting you!
Buy Tickets
© 2022. All Rights Reserved.
Event website powered by EventCreate
Register Now