Figure Drawing in the parkS

We're Back!
Our Fall 2021 - Spring 2022 season was such a success that the City of Gainesville has renewed our contract for a second season! Thank you for all the positive feedback that helped make this possible.

Our Kickoff Event for the Fall 2022 - Spring 2023 season will be at the Downtown Festival & Art Show, November 19th & 20th 2022. More information on timing below. See you there!
1st & 3rd Sundays
Free Public Event, All Ages & Experience Levels Welcome!
Figure On Diversity is pleased to welcome all to Figure Drawing in the Parks, an outdoor drawing series held in the beautiful parks of Gainesville, Florida. All figure models hired for these sessions will belong to one or more marginalized identities, including People of Color, and individuals who are Fat, Gender-Expansive, and/or Disabled. The goal of this series is to introduce the public to figure drawing and to promote inclusion and accessibility in studio art and art education.

Figure Drawing in the Parks is a GNV ART JAM supported by the City of Gainesville Parks, Recreation and Cultural Affairs Department.
• Free and open to the public; all ages welcome
• No art experience required; guidance from professional art educators available
• Chairs, Easels and Drawing Boards provided
• Materials (drawing tools and paper) provided; Artists are also welcome to bring their own supplies in any studio medium!
• Models will be clothed
• No photography of model without model's consent 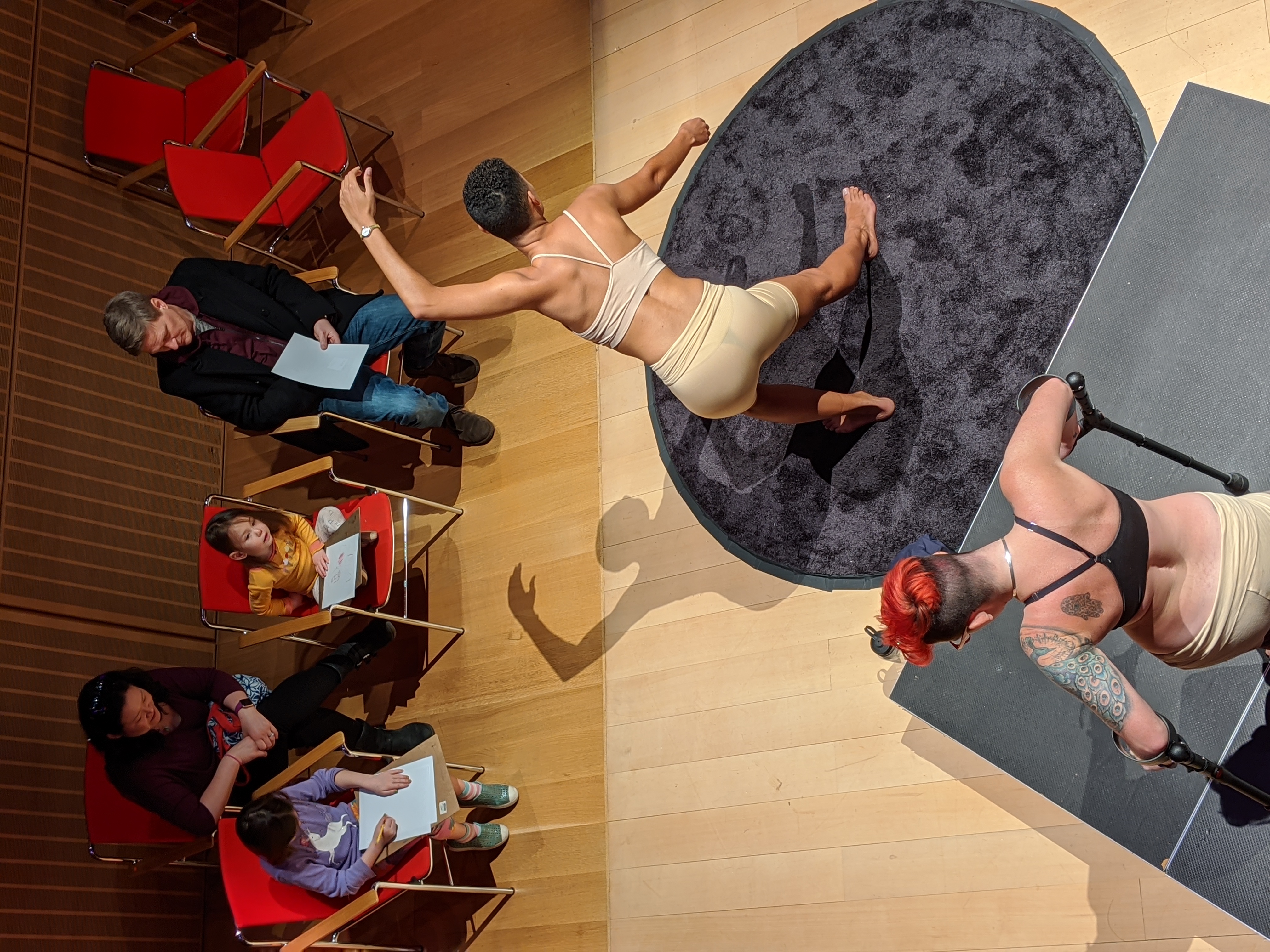 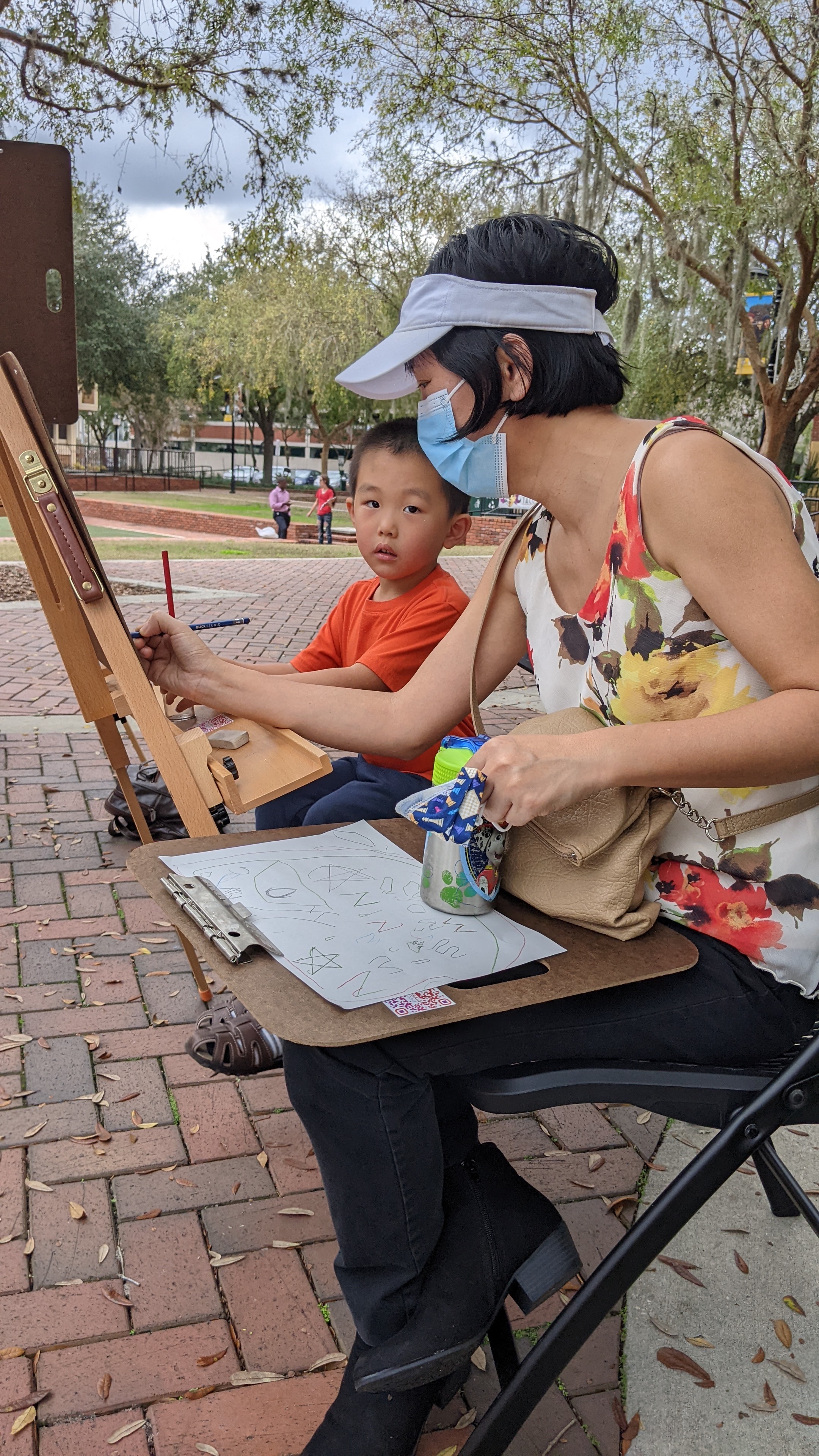 Our sessions require no drawing experience in order to attend. We believe that figure drawing is a way of documenting your careful and attentive exploration of what you see, rather than as a means to an end — no one will be grading your drawings, and we hope to foster an environment in which skill and training are not prioritized over community, openness, and curiosity. In other words, these sessions will be focused on your process, not your products!

While all models for our Figure Drawing in the Park series will be clothed, nude modeling is common practice in life drawing spaces. Regardless of whether a model is bare or draped, it's important to remember that vulnerability is shared among artists as well as models. We acknowledge that the act of observing and studying another person can be intimate in a way we aren't often exposed to, and commend our artists and models for sharing that space of vulnerability together. Thank you!

Please don't hesitate to reach out to us with any questions: [email protected]
Land & Community Acknowledgement
We would like to begin these events with land acknowledgement, which we have crafted through the Honor Native Land Guide by The U.S. Department of Arts and Culture, a grassroots action network inciting creativity and social imagination to shape a culture of empathy, equity, and belonging.

Acknowledgment is a first step. It does not stand in for relationship and action, but can begin to point toward deeper possibilities for decolonizing relationships with people and place. Truth and acknowledgment are critical to building mutual respect and connection across all barriers of heritage and difference. We begin this effort to acknowledge what has been buried by honoring the truth.

We are standing on the ancestral lands of the Seminole and Timucua Peoples and the diverse milieu of multi-lingual indigenous communities that comprised them. Spanish, French, and British colonizers did not “discover” this land; there were indigenous communities living in this area of what we call “central Florida” for tens of thousands of years before coming into contact with European colonizers. European disease, violence, Catholic missionary expeditions, and the U.S. Government-sanctioned “Indian Removal Act” of 1830 are just some of the main components that contributed to the cultural and political genocide of indigenous communities in this area. We further want to honor and uplift trans, queer, two-spirit, and indigenous femmes who lived here before us; we know that they have always led the revolution.

THE UNION ACADEMY & THE ROSA B. WILLIAMS CENTER

The Rosa B. Williams Center was built on the site of the Union Academy, the first school for African Americans in Gainesville and Alachua County, which provided a free quality education to African Americans when public schools in Alachua County were struggling. Established in 1865, the school served the community for almost 60 years.

At the beginning of the Civil War, African Americans, mostly slaves, were 54% of the population in Alachua County, but few lived in Gainesville. At the end of the war, in May 1865, a company of the 3rd United States Colored Infantry Regiment were stationed in Gainesville. They were replaced that October by a company of the 34th United States Colored Infantry Regiment. The presence of Black troops in Gainesville in 1865 encouraged freed men to settle there. By 1870, Gainesville's population was 53% Black; today, our city is closer to 20% Black. The harm caused by gentrification of Gainesville's historic Black neighborhoods is rampant and well-documented in Gainesville, an issue for which this building's current namesake, Ms. Rosa Williams, is a vocal activist.

Named for the renowned educator and civil rights leader in whose former house it is housed, the City of Gainesville's A. Quinn Jones Museum & Cultural Center enriches the diverse community it serves by encouraging exploration, understanding and the exchange of ideas.

A community museum, it aspires to enlighten its audience about African American experiences in Gainesville, past and present, with a particular focus on the Historic Pleasant Street/5th Avenue District, and celebrates the rich legacy of achievement that has resulted from the African diaspora.

The land of Southwest Gainesville was once owned by Dr. Watson Porter, a former Union Army surgeon assigned to the Third U.S. Colored Troops. An immeasurably important member of his community, Porter served as the school principal of the Union Academy and made a practice of selling his land exclusively to Black families, thus marking the establishment of The Porters community in 1884. Porters, as it's still known, is the second-oldest historically Black neighborhood in Gainesville. Today, it is a site of aggressive gentrification.

Please take a moment to honor these peoples and communities past and present. Consider the many legacies of violence, enslavement, displacement, migration, and settlement that bring us together here today. Please join us in uncovering such truths, and holding us at Figure On Diversity — as well as the institutions which have provided us with funding and support, including the City of Gainesville and the University of Florida — accountable at any and all public events. We at Figure On Diversity understand that accountability is a gift, and that feedback is a signifier of our community's trust in our ability to do better. We will work hard to honor any and all calls for our accountability with utmost gratitude and respect.
Our Team
Angela DeCarlis (they/them)
Lead Artist & Founder of Figure On Diversity
Angela DeCarlis is a portrait painter, figure drawing instructor, and former figure model. In 2018, they founded Figure On Diversity, an initiative designed to increase access and representation in studio art/education. They hold their MFA from the University of Florida, and are an adjunct professor at the University of North Florida. 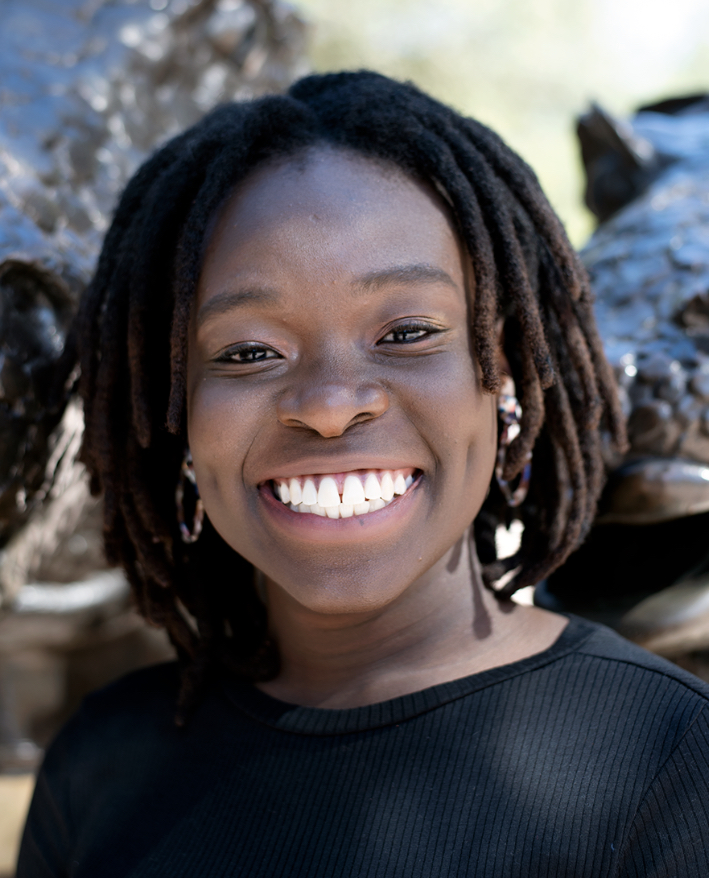 Jessica Clermont (she/her)
Figure Drawing in the Parks Assistant Event Manager
Jessica Clermont is a current undergraduate art student at the University of Florida. Focusing on the study of visual art, Jessica uses different media to tackle the discussion of identity and embracing the skin that she exists in. As an African American woman, Jessica aims to amplify the voices of individuals who share similar backgrounds and struggles. As she grows, she is determined to help others do the same.

Website | Instagram
Sydney Lee (they/she)
Figure Drawing in the Parks Assistant Event Manager
Sydney Lee is a 23-year-old artist from Orlando, FL. They’ve been passionate about creating art since the age of 7 years old and were first inspired by their father’s art. Sydney is also very passionate about the Gainesville community, and has been involved in several community movements and projects. She currently works as a graphic designer and content creator for a statewide nonprofit organization.

Want to volunteer with Figure On Diversity? Send us an email at [email protected]! 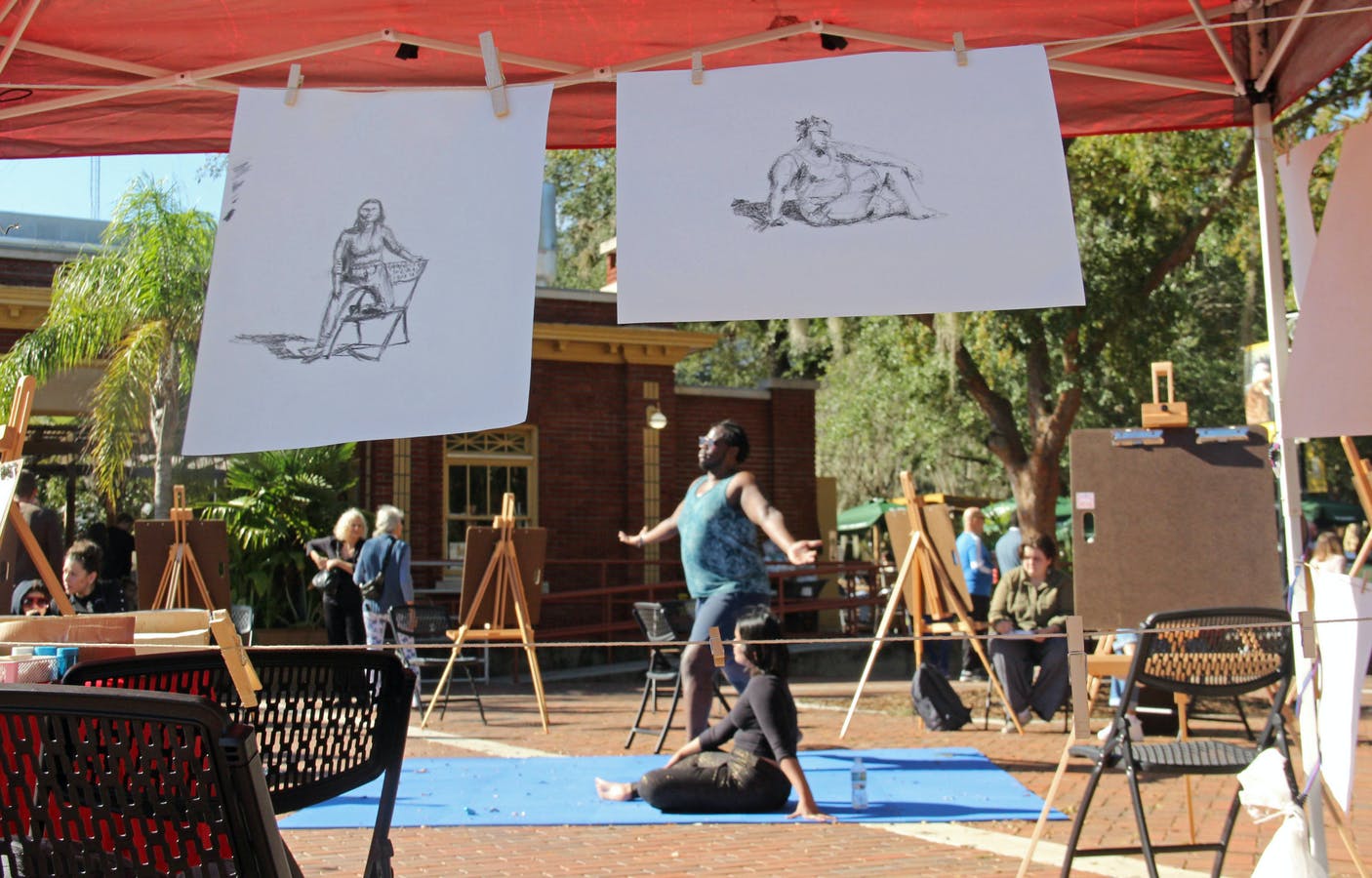 Looking for more information about Figure On Diversity? Click here! 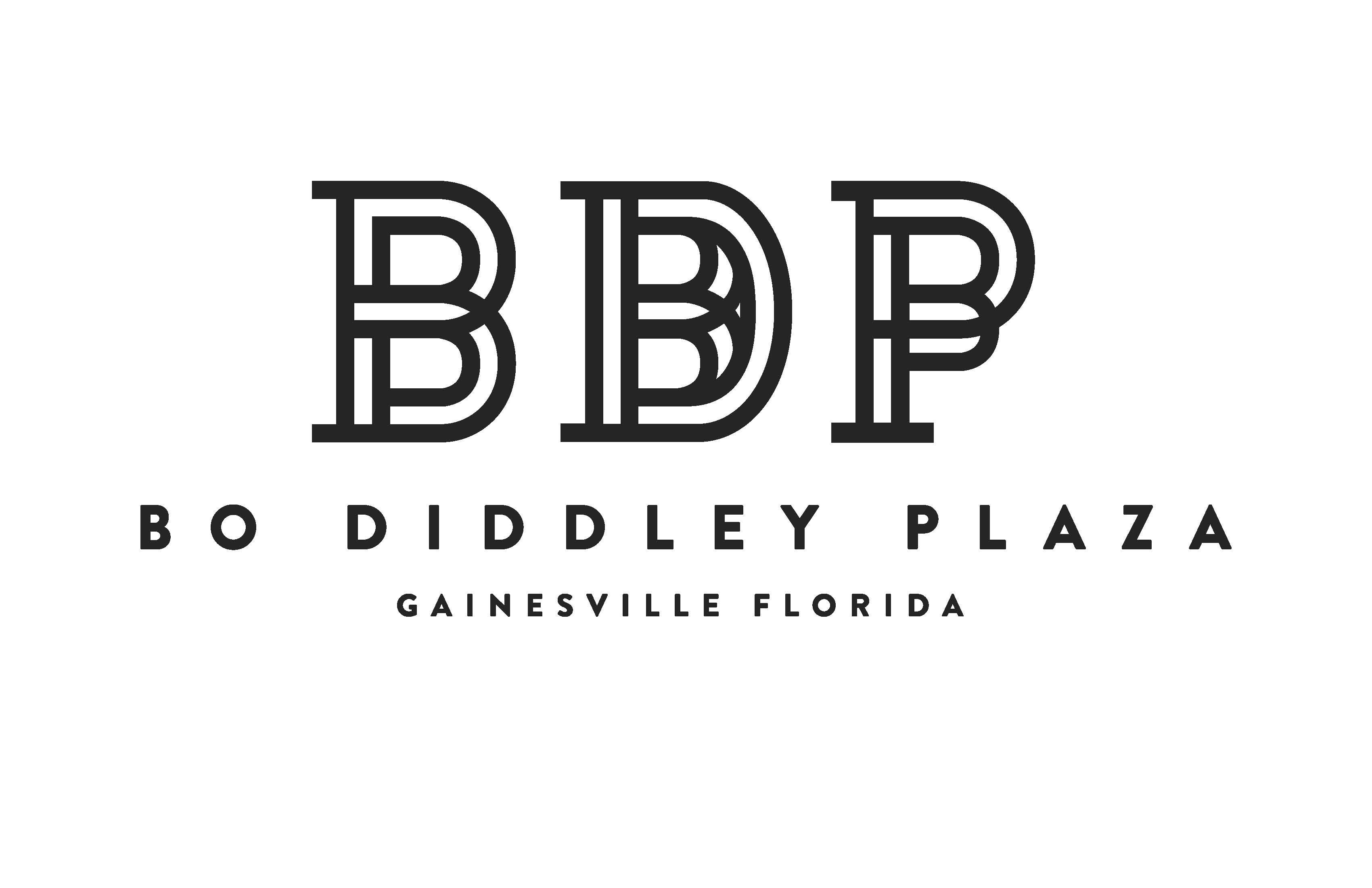