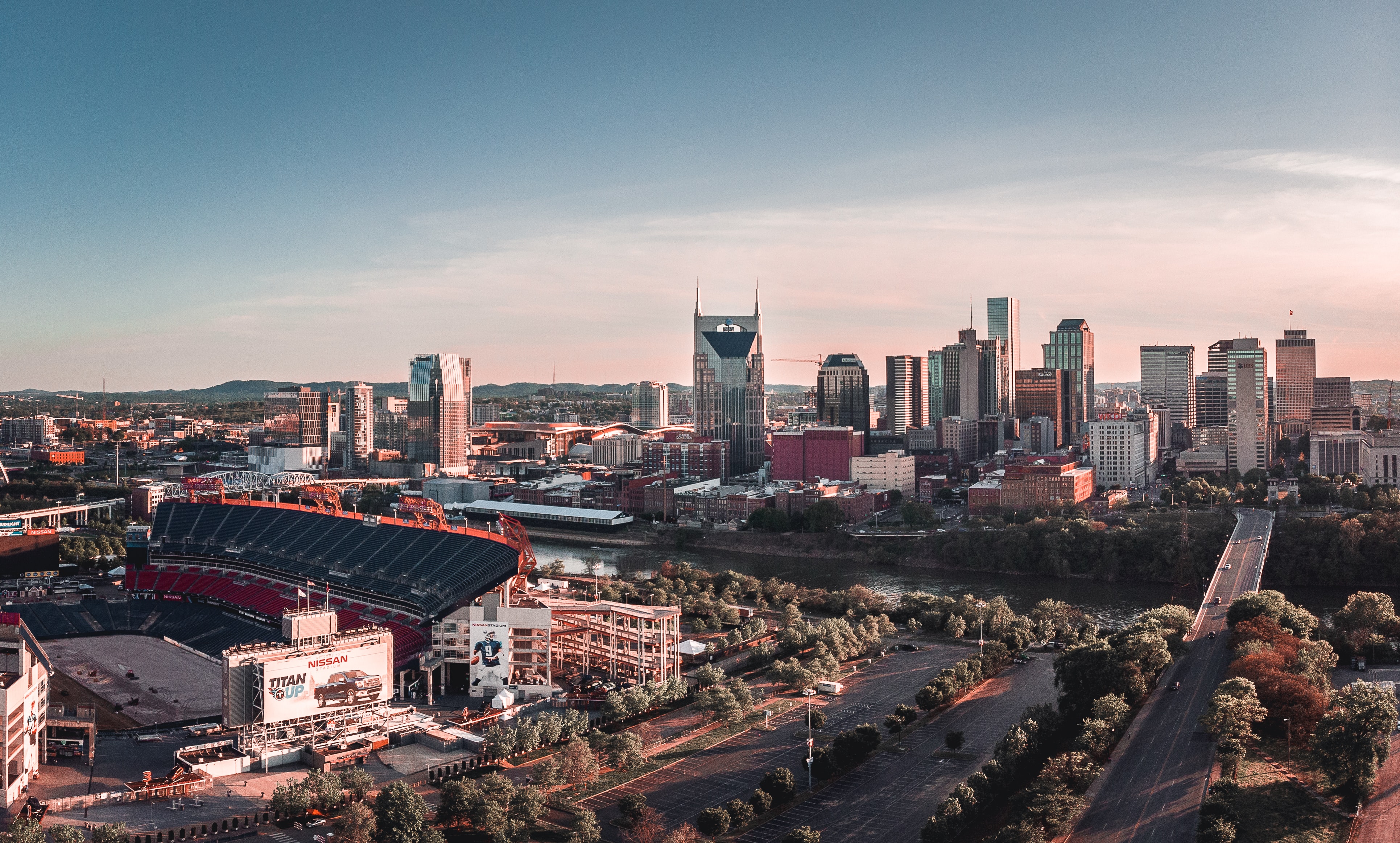 Quarterback Convention!!
Quarterback lovers! Coaches, parents, players... We are excited to bring you Nashville's FIRST Quarterback Coaching Convention! We are lining up some of the best coaching minds in the game to gather and talk quarterback play on Saturday, MAY 7TH! You do not want to miss this great opportunity to come check out what Nashville has to offer. 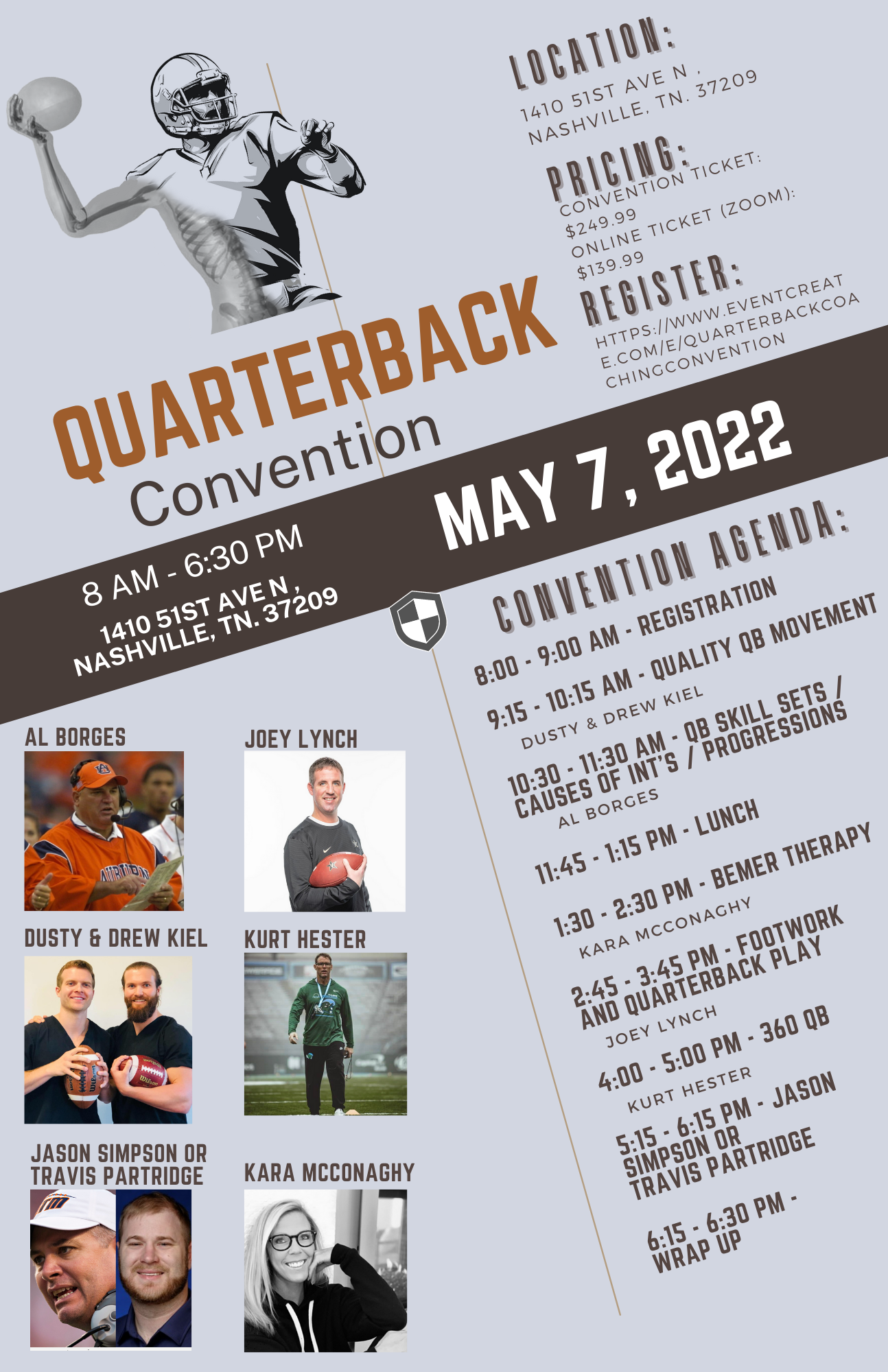 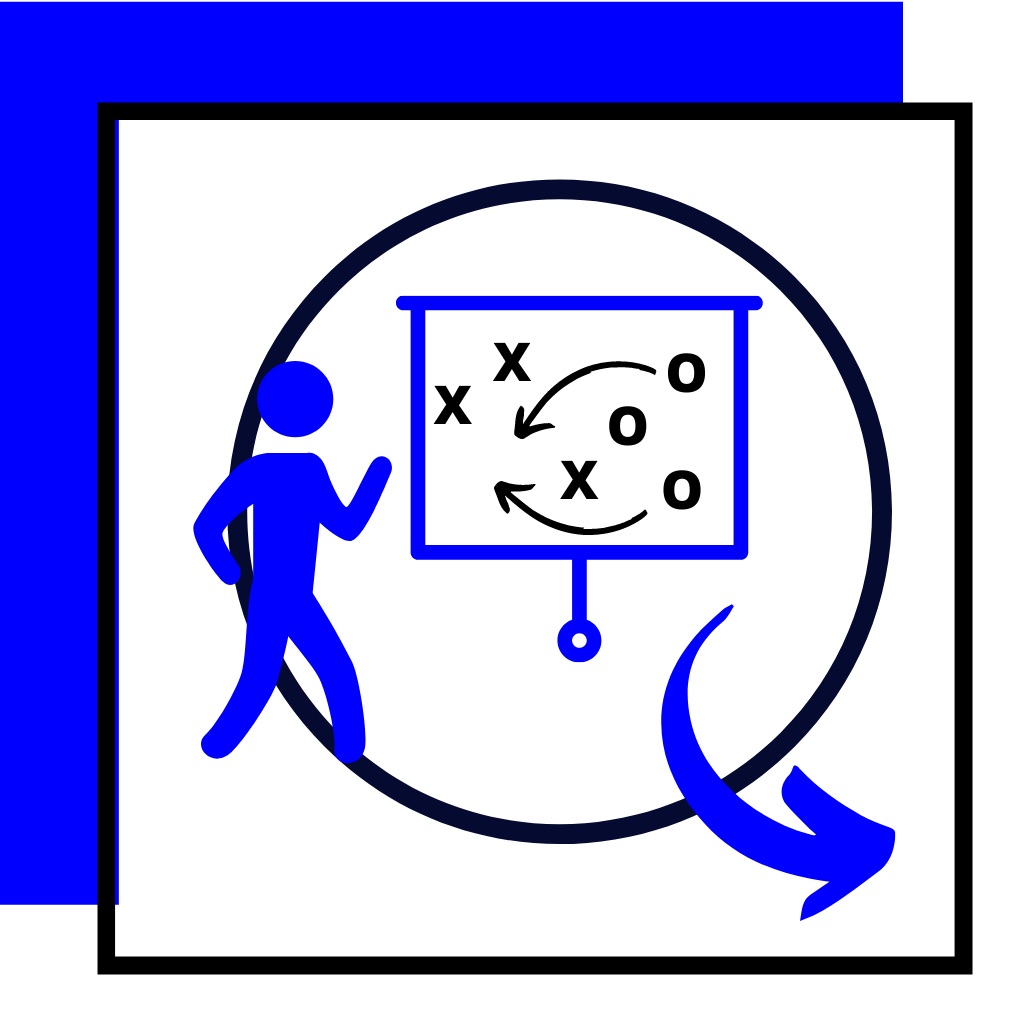 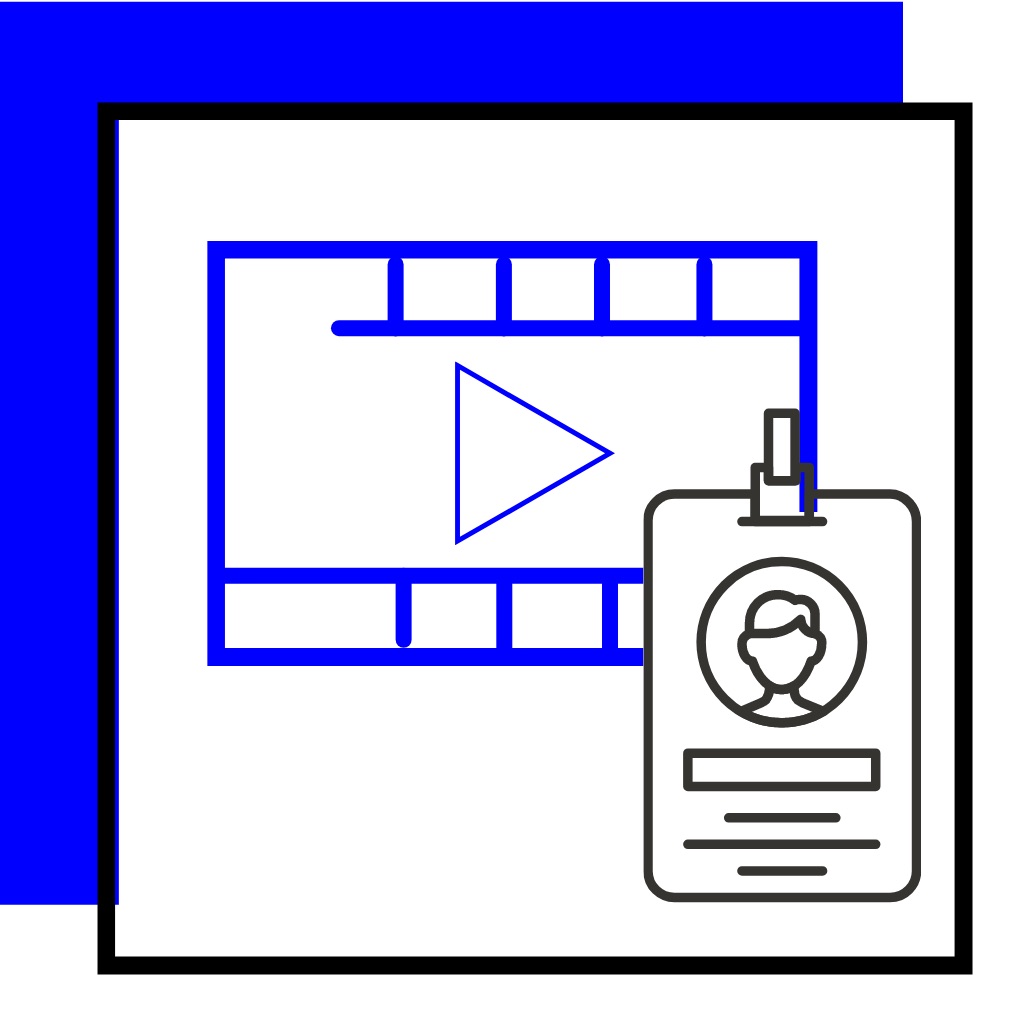 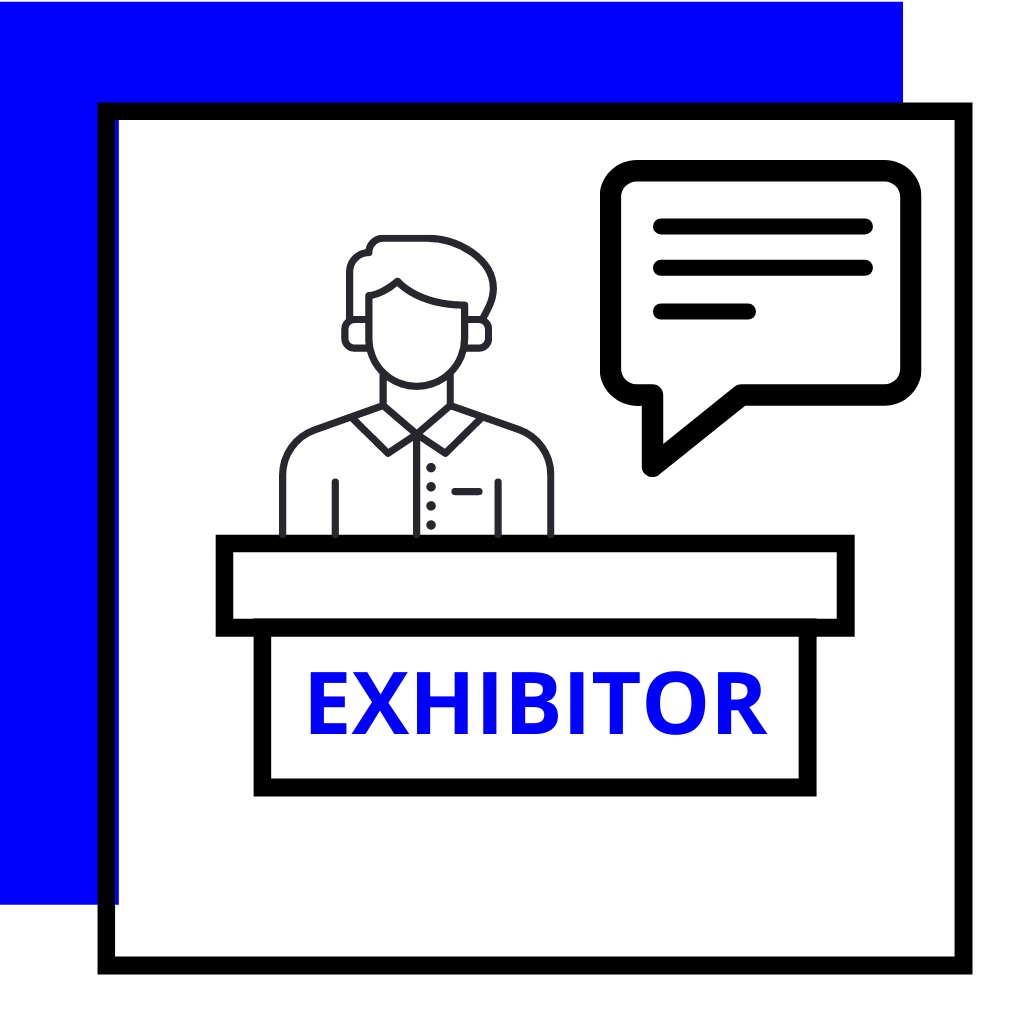 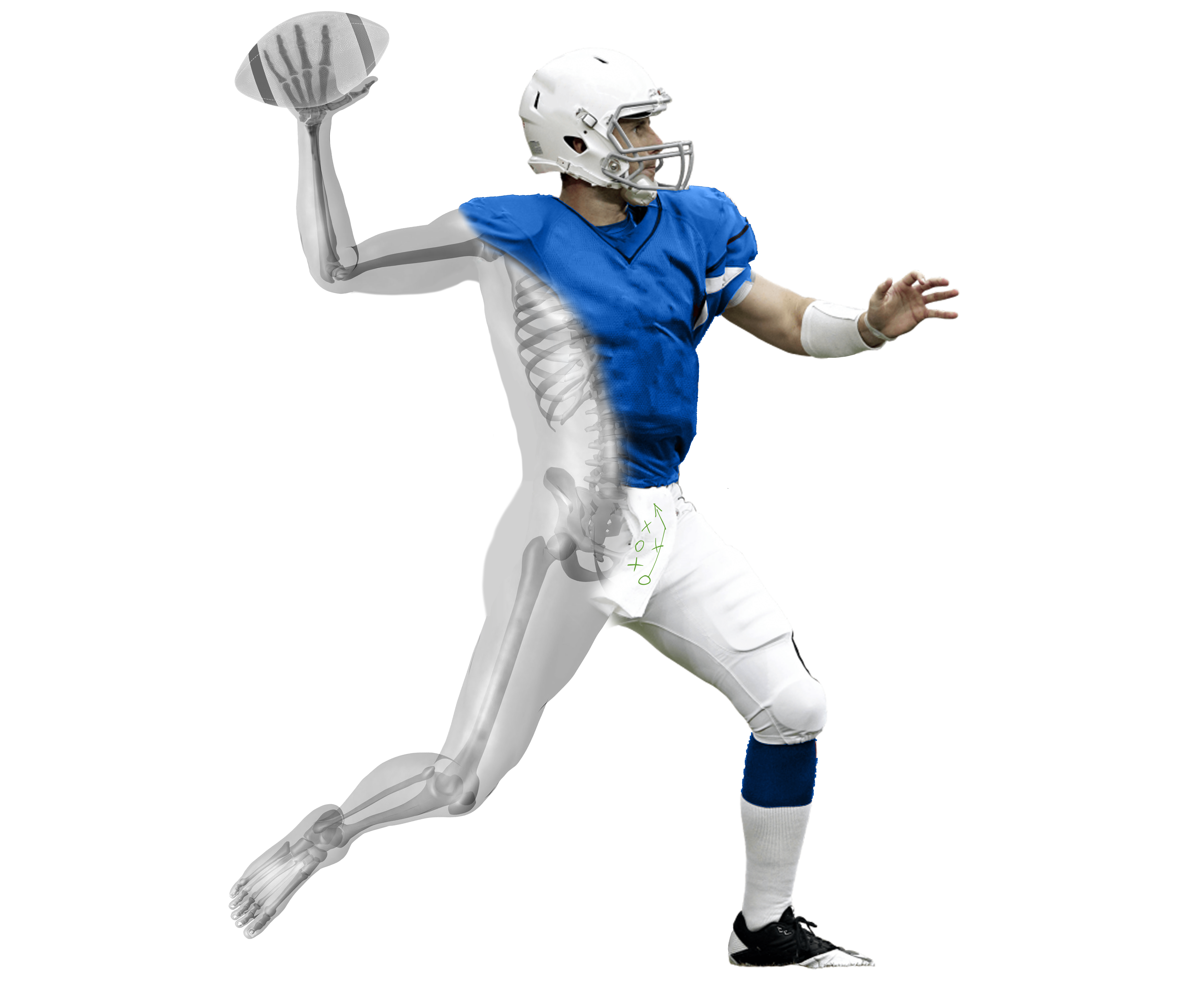 Open your mind to new ideas and methodologies from elite educators, coaches, strength coaches, and trainers in the quarterback world through a full day of lecture sessions and presentations. Then share your findings and make connections with colleagues and peers.
Continue your learning after the event. This year’s Convention registration price includes all Convention session videos. No longer will you have to worry about choosing between sessions. You’ll be able to watch and re-watch Convention videos all year long.
Explore the latest products and services available during the day as you mingle with top experts in the latest gear and equipment! Gain an edge as you enter the FALL SEASON! 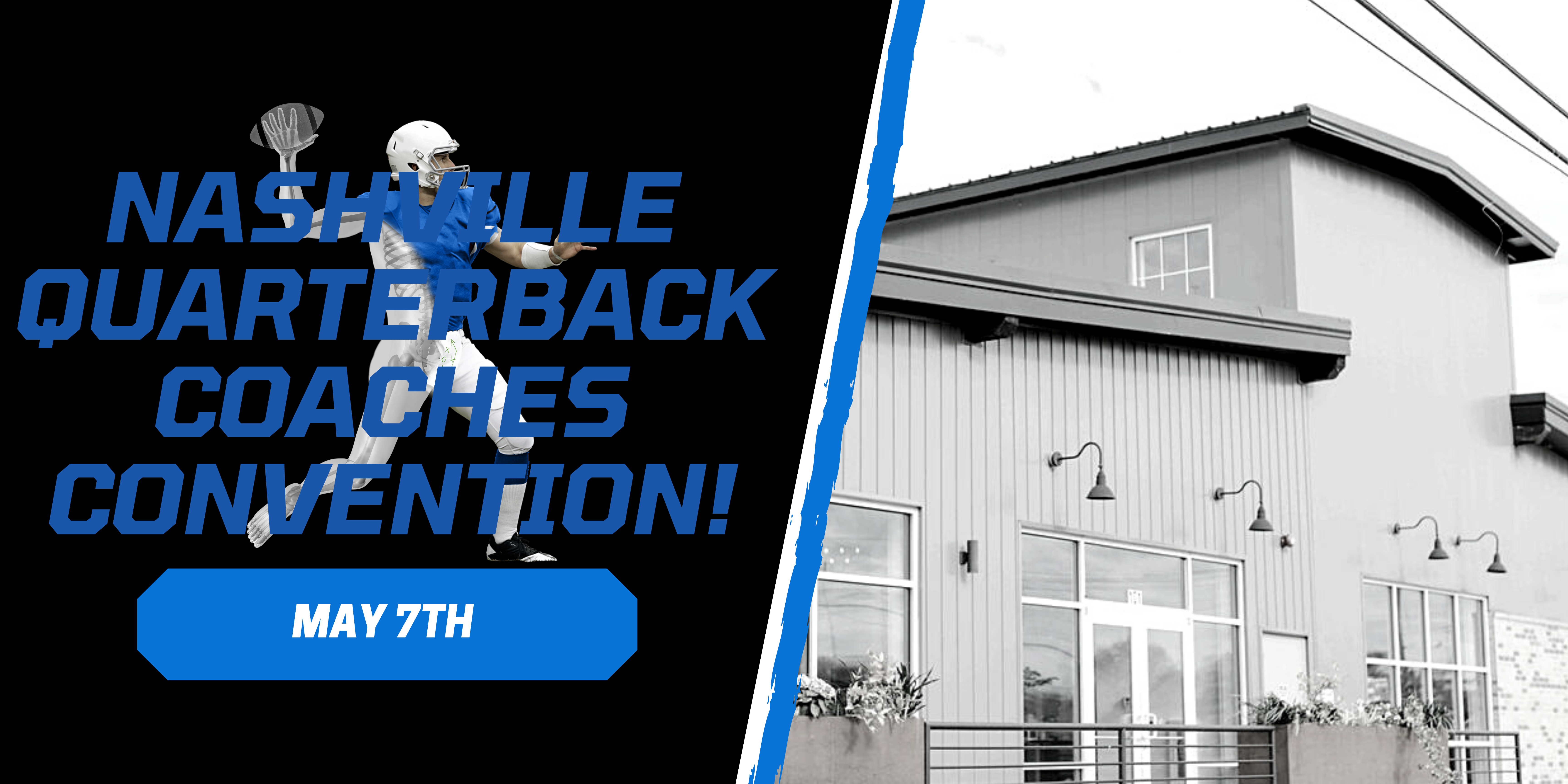 Speakers
As speakers are announced we will be posting them on social media from "The QB Docs" Accounts( Instagram and Facebook). For those who sign up, you are welcome to join the Facebook group 2022 Quarterback Coaching Convention,and join in on topics and discussions leading up to the convention! We are extremely excited for the event and unveiling the great list of quarterback minds we plan on bringing together on May 7th! 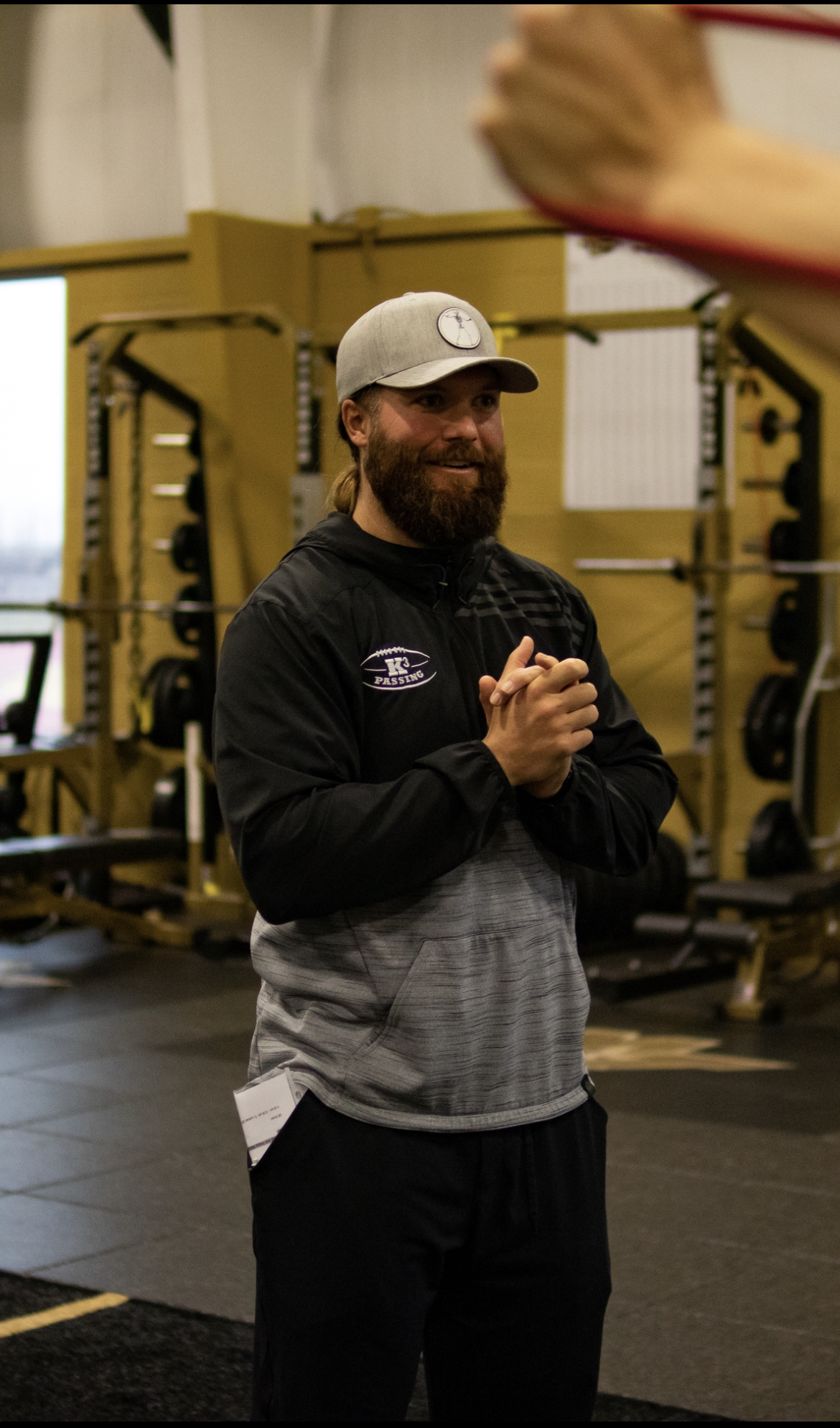 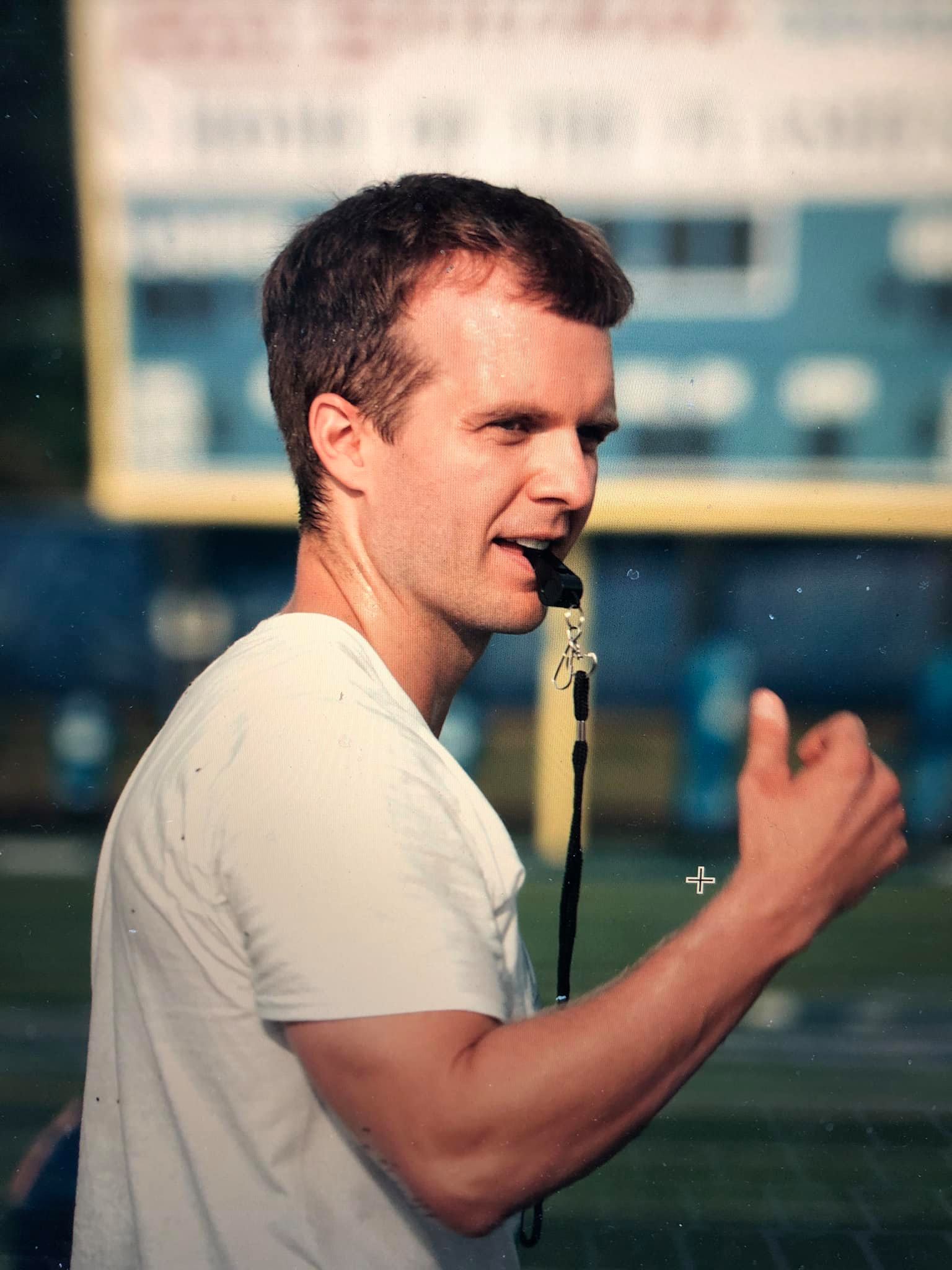 DREW KIEL
The QB Docs
Dusty and Drew Kiel have been working with quarterbacks for over 10 years! There experience and background in playing at an elite level, strength & conditioning, and physical therapy has allowed them to coach the position like NOBODY else. These guys will be identifying the importance of evaluating human movement and the consequences that come with basic training! YOU DO NOT WANT TO MISS!
Kurt brings a ton of knowledge in the Strength and Conditioning world to the Quarterback Convention!
Kurt graduated from Tulane with a Bachelor's of Science Degree in exercise physiology. He also served as a graduate strength coach at Tulane for 2 years.
Hester has certifications as a Certified Strength and Conditioning Specialist (CSCS) from National Strength & Conditioning Association and also his Speed Agility & Conditioning certification as well as his Level 1 certification from the United States Weightlifting Association.
Kurt served as Assistant Strength Coach at LSU from 1995- 1998 and also served as Strength Coach to the LSU baseball teams as they won 2 National Championships.
From 1997-2008, Hester was the owner and Director of Performance at HS2 Athletic Performance in Mandeville. He developed and mentored area coaches for college and professional coaching careers with several going on to BCS-level schools and NFL teams. He then served as the National Director of Training for D1 Sports in Nashville, TN, before taking over at Louisiana Tech as the Director of Sport Performance, and currently is at Tulane University. Kurt has worked with several NFL quarterbacks and elite MLB pitchers and we are honored to have him speak in Nashville! 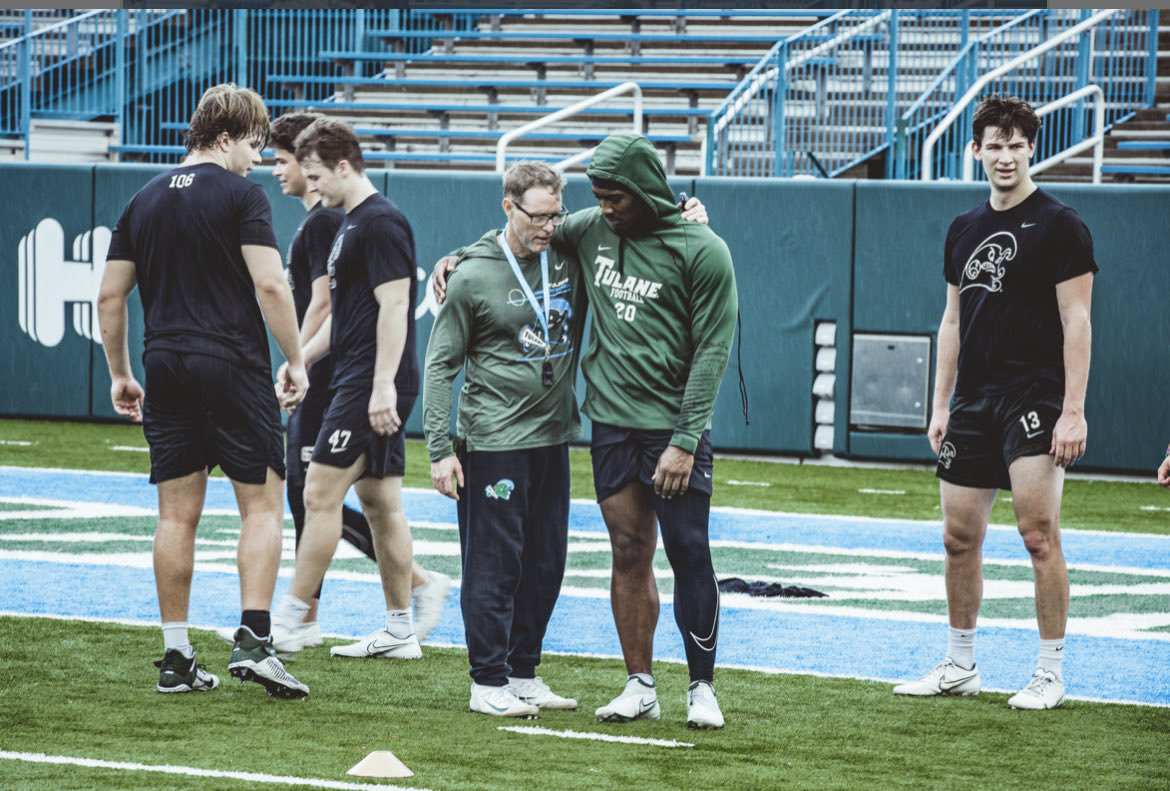 KURT HESTER
Director of Football Performance and Sport Science
at Tulane University
Joey enters his first season as Vanderbilt's Offensive Coordinator and we could not be more excited to have him for our Quarterback Convention! Coach Lynch has been a college football coach for 15 years now with stops at Ball State University, Colorado State University, and now Vanderbilt. During the 2019 campaign, Lynch’s offensive attack was the most potent in the Mid-American Conference as the Cardinals led the league in scoring (34.8), total offensive yards/game (463.0) and plays/game (75.8). Nationally, the Cardinals ranked No. 16 in total offense and No. 22 in rushing offense in 2019. It was the program’s highest mark for total offense/game in more than 10 seasons. For his efforts, Lynch was nominated for the Broyles Award, given to the nation’s top assistant. Joey also started at quarterback for 4 years at Ball State as a player! We are thrilled to have him come speak! JOEY LYNCH
OFFENSIVE COORDINATOR, QUARTERBACK COACH
AT VANDERBILT UNIVERSITY
Al has been all over the country coaching quarterbacks and offense! From different stints in California ( UCLA : 1996-2000, CAL: 2001-2003, San Diego State: 2008, San Jose State: 2015) to back up North East in at the University of Michigan. He has coached several elite quarterbacks including: 1st round draft picks in Cade McNown and Jason Campbell. Al was also the Offensive Coordinator under Tommy Tuberville during Auburn's 2004 run to a 13-0 season. He is in the process of writing a book called " Deny the Tiger" and we are thrilled to have him come speak at our Quarterback Coaching Convention. 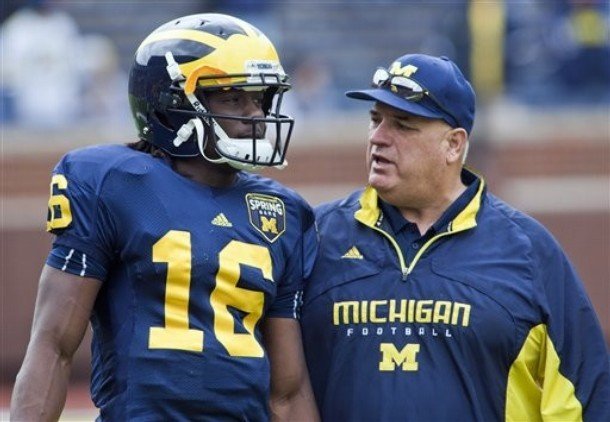 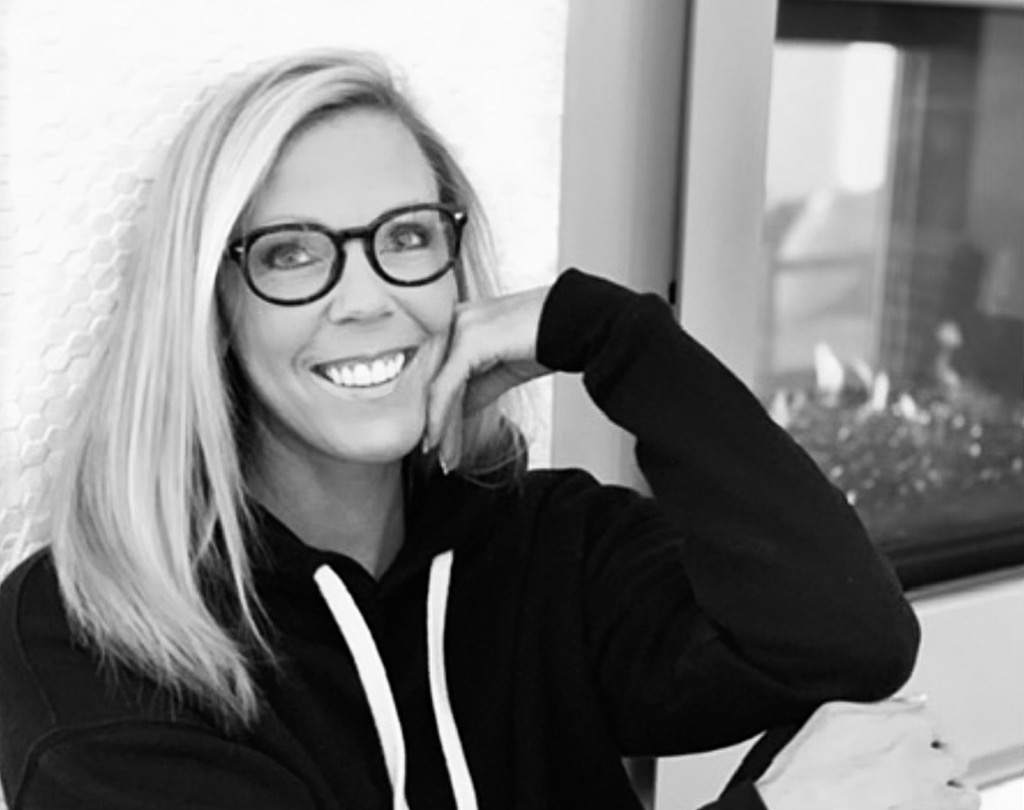 KARA MCCONAGHY
Recovery & Yoga Specialist
Kara has been mastering her craft over the years as a Recovery and Yoga Specialist. She is based out of Charlotte, North Carolina and over the course of her career has come up with methods that best suit the prevention and maintain of muscle recovery! She is an independent BEMER Distributor and we look forward to having her at the convention. 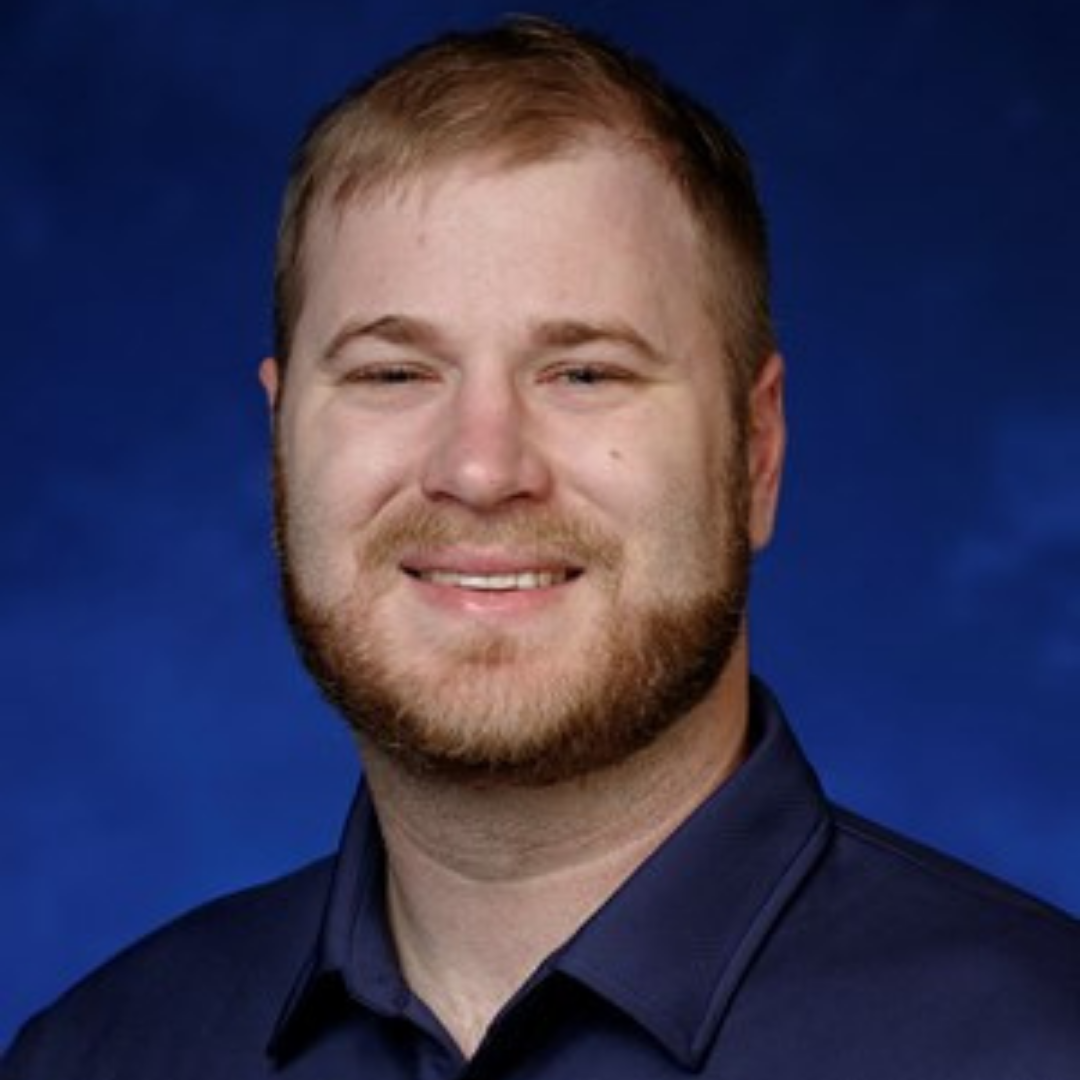 TRAVIS PARTRIDGE
CEO
Travis spent last season as the quarterback coach and passing game coordinator at UT Martin. Before coming back to UT Martin, Travis had a brief stint on the coaching staff at the University of Kansas! Travis also had a successful career as a college quarterback and short span in the NFL.
Travis has had a lot of great coaching along the way and been around some of the best quarterback minds in the business! We are excited to round out our great group of coaches with our 6th and final coach, Travis Partridge!
Contact Us
Reach out with any and all questions you have leading up to the event! Again, we will be selecting speakers from now until the event!
*** ALSO, DO NOT FORGET THAT ONCE YOU HAVE REGISTERED, YOU CAN ENTER THE FACEBOOK GROUP "2022 Quarterback Coaching Convention" ***
Hotels and Accommodations
Here are some recommended accommodations, hotels and Airbnbs nearby. Let us know if you need help finding a place to stay.
Join us on May 07
We look forward to hosting you!
Register Now
© 2022. All Rights Reserved to The QB Docs
Event website powered by EventCreate
Register Now