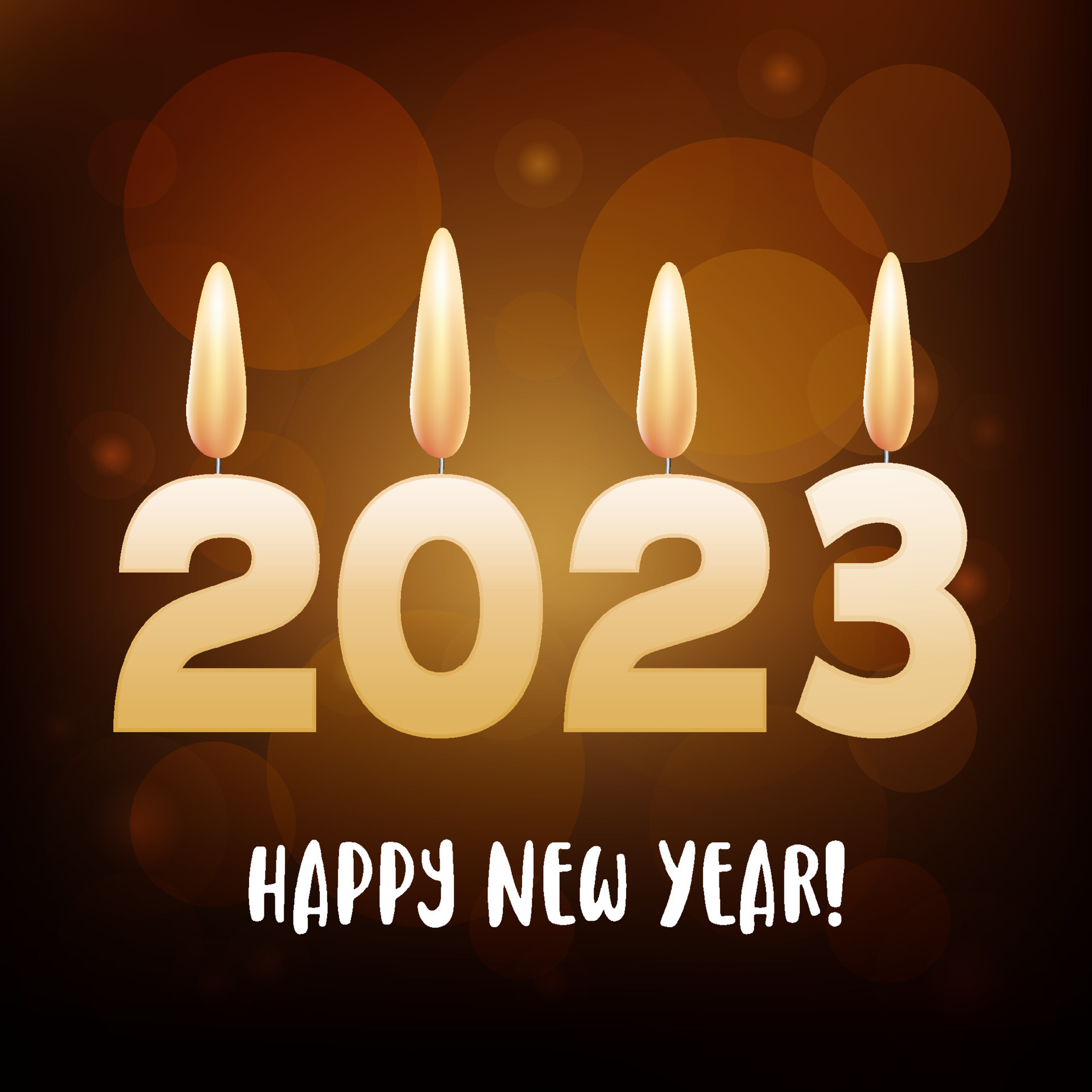 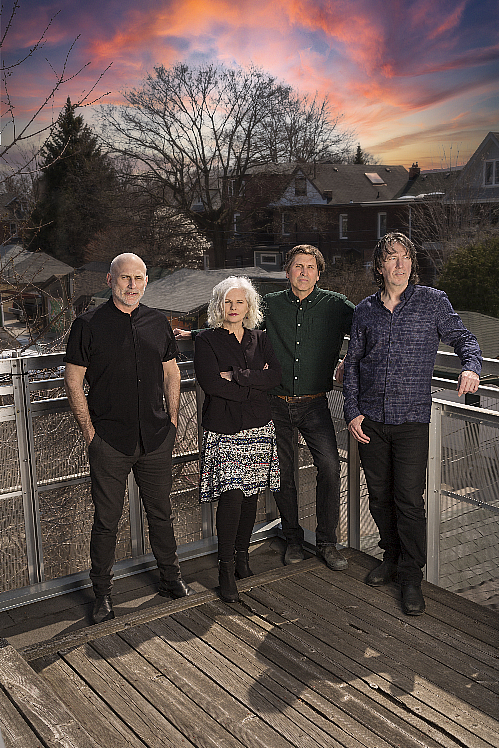 Cowboy Junkies
​​​​TORONTO, ON
Alt-Country / Slo-Blues
CANADIAN LEGENDS
18 Studio/5 Live Albums
Juno Awards: 2x
Canadian Hall of Fame
Original Members
In 1988, Cowboy Junkies proved that there is an audience waiting for something quiet, beautiful and reflective. The Trinity Session was like a whisper that cut through the noise -- and it was compelling. It stood out in the midst of the flash and bombast that defined the late 80's. The now classic recording combined folk, blues and rock in a way that had never been heard before and went on to sell more than two million copies.

"The Trinity Session is in the great tradition of albums that establish a mood and sustain it so that it seems like one continuously unfolding song. The mood in this instance is hypnotic and introspective – an intense, melancholic longing that blends the elemental emotions of country music and the blues with the poetic world-weariness of the Velvet Underground." Rolling Stone

“Over 30 years into their career, Cowboy Junkies are in peak form, adding another inspired, alluring album to their repertoire.”
Associated Press

“Impressed; as vital as anything they've done.”
NPR

“Margo Timmins is, quite simply, the best singer in the lifespan of whatever we might choose to call this genre of music.”
Americana Highways 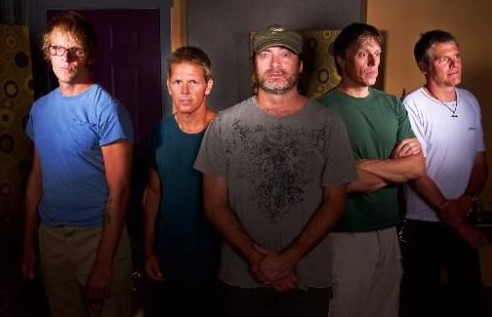 A visit to any random 1990's college campus would no doubt yield the sounds of the Samples flowing thru the air. There lies the reason they are credited as the founding act of the so-called Dorm Rock genre of that era.

Their early reggae-meets-Dead, FM-friendly sound drew comparisons to The Police. But by their second album No Room, the Samples were staking their own ground as a leading act in the emerging indie- and alt-rock movements -- and in the process helping launch the still-thriving Colorado music scene.

Thirty years, a dozen albums and hundreds of shows later, Sean Kelly leads the Samples into the City Center Ballroom as part of the Fest's featured headline show. 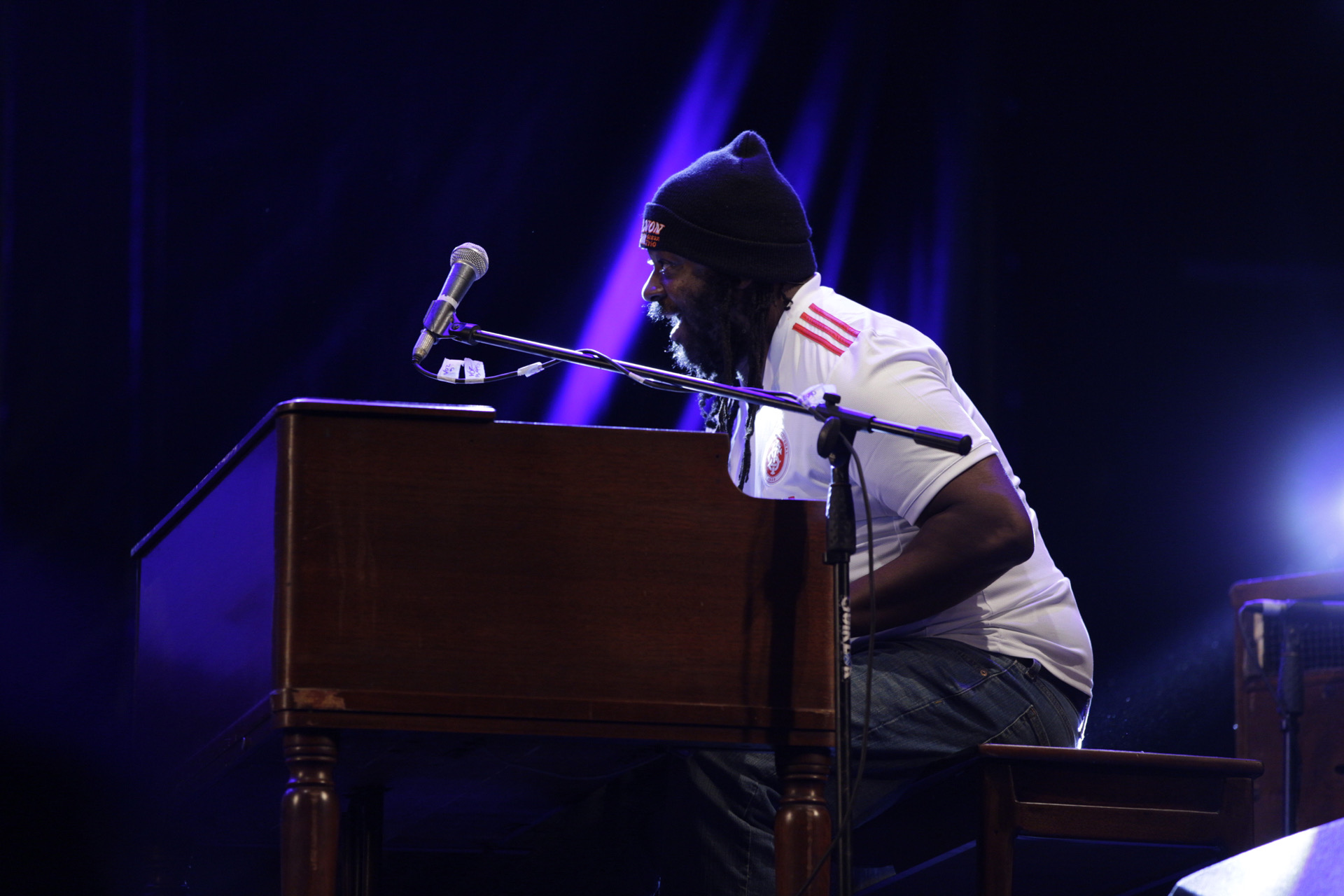 The Delvon Lamarr Organ Trio delivers the lost art of “feel good music.” The ingredients of this intoxicating cocktail include a big helping of the 60's organ jazz stylings of Jimmy Smith; a pinch of the snappy soul strut of Booker T. & the M.G.’s and then sprinkles-in Motown, Stax, blues, and cosmic Jimi-style guitar. It’s a stewing, brewing concoction

We might be looking at a big dance party ringing-in the year.
THE DEAD ZONE 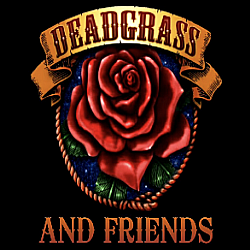 Grammy-winner C Lanzbom leads his popular cast of the lower-Hudson's crack players into the Fest's DEAD ZONE room for a night of  creative interpretations of songs made famous by the Dead, JGB, Old and in the Way and other cosmic cowboys. 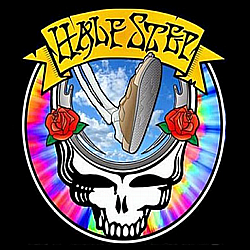 The early show here belongs to regional Dead faves HALFSTEP, and they bring their expanded big band format into the Dead Zone for a rare sighting. Get their before they hit the stage, and make a request: one which they might even deliver!
REGGAE PARTY 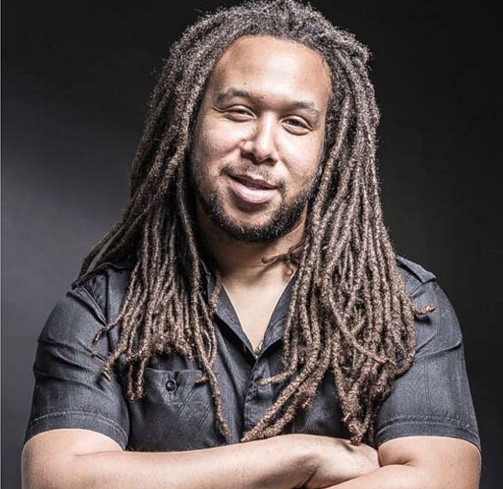 Mystic is considered a leader in the U.S. reggae scene and considered as one of the more prolific artists to develop outside of Jamaica.

He has gripped the genre with ferocious conviction and an uncanny ambition worthy to be mentioned among the greats. Mystic stormed the USA from native Jamaica in 2006 with his first international hit “Riding on the Clouds.”

But it wasn't until his first album “Wake up the World” (2010) that he became a household name. Here is a unique spin on classic reggae blended with hip hop & rock that catapulted him to the forefro﻿nt of today’s Reggae Revival.

Mighty Mystic is the younger brother of current Jamaican Prime Minister Andrew Holness. When asked how that impacts his craft, Mystic answers: “Andrew has a job and so do I. Impact or not, we both have our own mission to complete”

Putnam's own House Boss SLY FOX will assemble an ALL STAR BAND of this area's best players to kick the night off @ early. More event fun TBA. 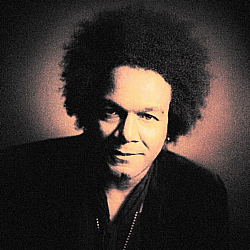 JEFFREY GAINES
PHILADELPHIA, PA
Alt Folk-Rock
Jeffrey Gaines brought a unique, original voice to the sea of singer/songwriters that emerged in the 1990s.

Born and raised in Harrisburg, Gaines became interested in singing while in his teens, joining local acts. After high school, he turned down cover band offers, moved to Philly and proceeded to release his self-titled 1992 debut. Critically praised far and wide, it included the fast hit "Hero In Me" -- and put him on the musical map as an introspective folk-rock artist.

Two albums later, Always Be (2001) contained a stripped-down cover of Perter Gabriel's hit "In Your Eyes," which became a concert staple. A later live version went huge, and remained on the Top 40 Chart for twenty-two weeks. Dozens or late-night TV appearances, major tours and high profile benefit contributions have followed. 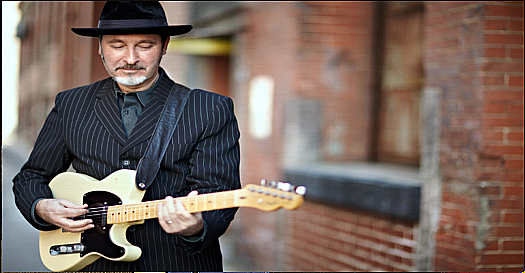 Peter Parcek’s daring, incendiary and soulful style is a distinctive hybrid. He weaves rock, gypsy-jazz, country, folk, and blues-- especially blues-- into a tapestry of melody, harmony and daredevil solos that push those styles to their limits without sacrificing the warmth of his own personality.

"... an intense instrumentalist who delivers modern sounds that hint of the Delta and more" (Chicago Blues Guide) 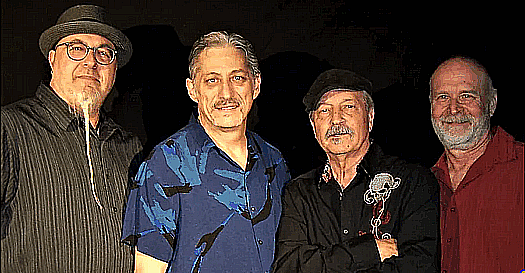 Up first in the early slot act in the Blues Juke Joint is one of the northeast's premiere and most popular blues acts, The George Fletcher Blues -- upstairs in the Saratoga City Center.

Keyboardist Sonny Speed is likewise a NYS Blues Hall of Fame inductee in his own right.

Keeping in the Fest's spirit, the band will go heavy on their catlog of original works, Special guests are not out of the question!
.
THE COUNTRY MUSIC PARTY 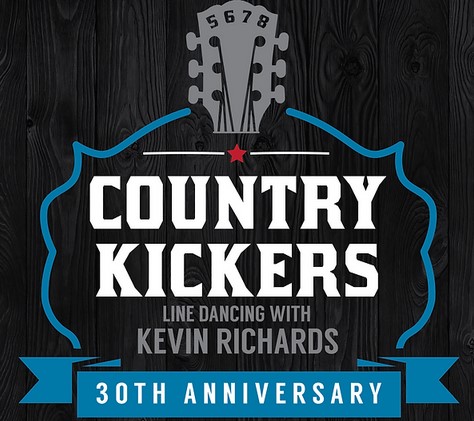 Two sessions, before and after the first band: Grit N Whiskey. So you will have a live act with which to put your new skills to work! 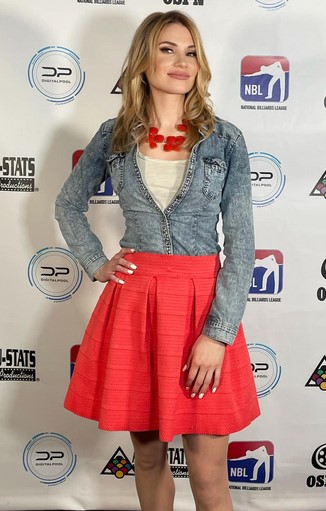 Right out of the gate with her hit song Driving With the Top Down, followed up with a British CMA nomination and a string of show stealing support dates, Jenny Grace and her sharp bandmates are charted on a course to being the Country Music's Next Big Thing. 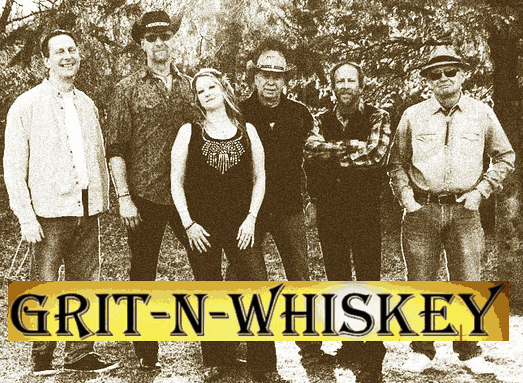 Grit-N-Whiskey
MODERN COUNTRY
The long-running and popular Grit-N-Whiskey will start the party with selections from their deep playlist of the modern country hits which you love to dance to. 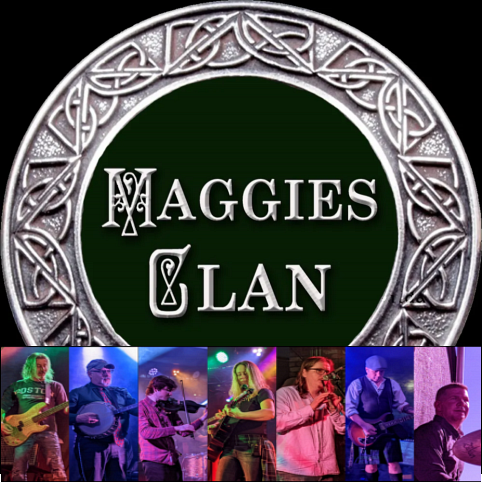 High-energy Celtic rock will be thrown-down by this seven-piece powerhouse.  The focus is on clever and hard-hitting originals, along with samplings of  traditional Irish and Scottish classics.  No prisoners will be taken here; making Maggies Clan the perfect closing act at the world famous Parting Glass Pub. 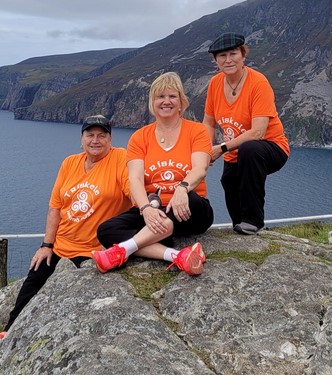 TRISKELE
EIRE
Triskele not only revitalizes the Gaelic language, but weaves history and traditions about growing up in Ireland, delivering a deeper appreciation and understanding of Irish/Celtic history.  Fans enjoy hearing songs sung with the unique qualities of the female voice. Not only can these ladies sing but they are also talented multi-instrumentalists.
THE JAZZ LOUNGE 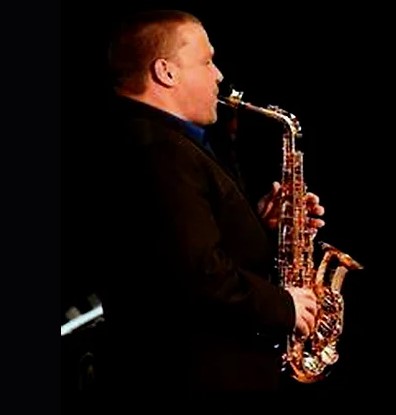 KEITH PRAY QUARTET
Keith Pray is a versatile saxophonist and organist, who explores the boundaries of mainstream jazz, the blues, avant-garde and gritty funk as a performer, bandleader, composer and educator.

Keith has traveled from the west coast to Europe making music of many styles with hundreds of gifted musicians including some of the giants of the business. For eight years he resided in New York City performing with artists from multiple disciplines including, jazz, R&B, blues, Latin and big band. He has released six albums under his name, most recently Universal Blues on his label PrayNation Records .

Over his career Keith has taught saxophone at SUNY Oneonta, jazz history and arranging at Schenectady County Community College and currently directs the high school bands in the Schenectady City School District and the SUNY Albany Jazz Ensemble. Keith is an in demand jazz educator, having conducted many all-counties, masterclasses, clinics, directing the Proctors Summer Jazz Institute for 9 seasons and most recently co-founding All Ears Jazz, which develops jazz education workshops. Besides his own recordings, Keith has recorded for dozens of artists 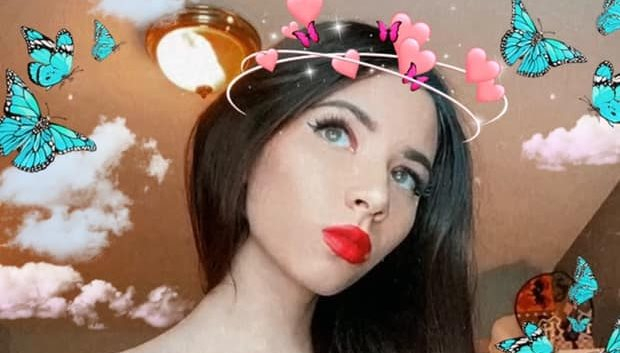 Though primarily alt pop, her roots are in contemporary, rock, and more, exposing her to a wide range of audiences & listeners. At the age of 16 Cait began booking in NYC and Nashville without management, and has gained exposure on KISS FM, iHeart Radio, Wish USA, News Channel 12, 95X Radio, and many more.

Due to suffering from a rare nerve condition, Cait's story was shared nationally on media outlets. This lead to the start of her Youtube series "Shredding for Hope" with Bradley Hall Guitar to benefit There with Care. In total, the series has racked up almost one million views.

One of her most recent endeavors is selling out the Viper Room in Hollywood CA - her first west coast show.This will be her first appearance in Saratoga, timed as a launch of wider 2023 touring plans. 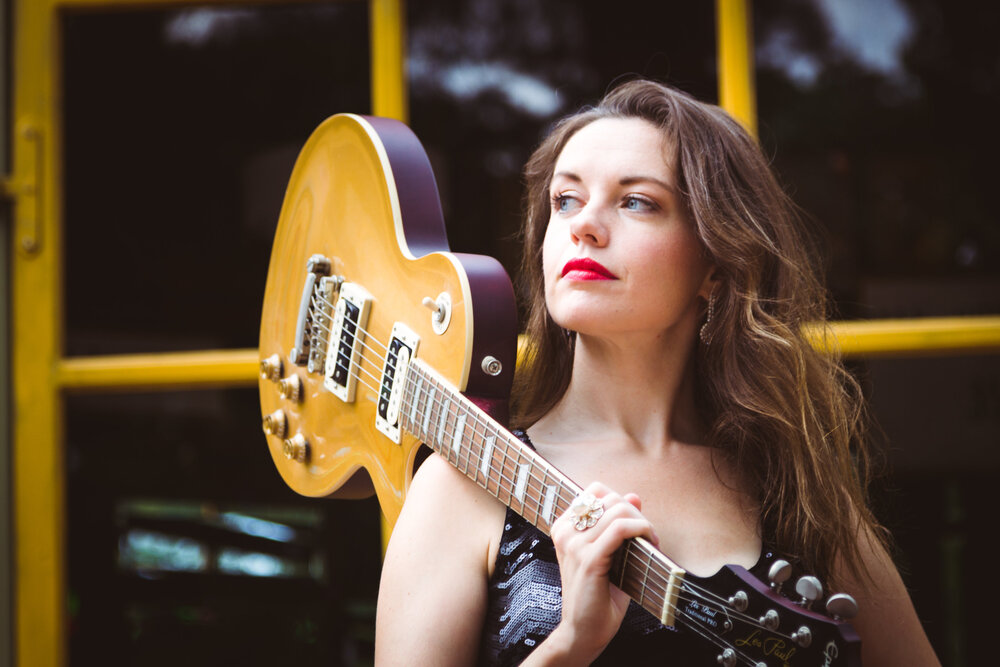 CLARE MALONEY & THE GREAT ADVENTURE
NYC, NY
ROCK N ROLL
Clare Maloney is one of the most distinctive, powerful and emotive voices in rock & roll today.

The internationally renowned singer, songwriter and multi-instrumentalist has shared the stage with members of The Dead, Starship, Allmans Brothers Band, Hall & Oates, the E Street Band, NRPS and more.

Before transitioning to rock, Clare trained extensively and toured as an opera singer, appearing times at the great concert halls of the world

Since 2018, she has been the vocalist for The Englishtown Project, and more recently has toured nationally as a vocalist and guitarist with The Airplane Family.

The Pandemic presented a chance to form The Great Adventure, who played their first show in 2021 to a sold out crowd at The Bitter End. The band features a rotating cast of adventurers from America's jam + roots-rock communities.

The band released a series of singles in early 2022 to rave reviews. Relix Magazine called their first single, "Legend Lives On," a "stunning debut."

Their debut album,was released on December 9. 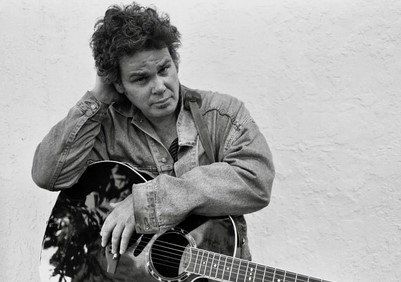 LA's Great Mystery of 'Where the Hell is Kevin Kelly?' has been solved.

After three years of being MIA, the tortured soul once deemed as "the Chronicler of LA's Soft White Underbelly" re-emerges in a surprise public appearance. Adding to the confusion is that it's on the East Coast, in the pleasant NYS 'burgh of Saratoga. What gives? All bets are off.

From CBGB's to Whisky A Go Go and in the lonely cafe's, dive bars, and clubs across America, there was Kelly, furiously strumming his acoustic guitar, stomping stages until the place shakes in hypnotic glory. Then it all stopped. Now he's back. We hope.

Kelly paints a vivid picture of truth, both his and ours. And he does it in his own inimitable way. Kevin Kelly is the traveling musical poet troubadour we've been seeking all these years. 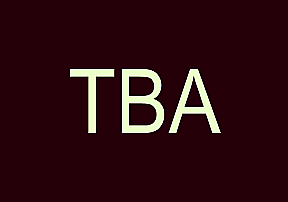 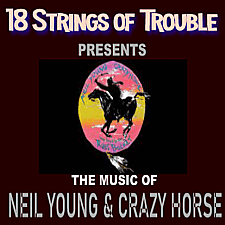 18 STRINGS OF TROUBLE
UPSTATE NY
18 Strings of Trouble go 'full band', breaking out their rare Neil Young & Crazy Horse performance. Set for the early slot in the big heated tent at the Ice House, the boys will crank up the  rockin' side of Neil and his longtime electric mates Crazy Horse. No lookalike or soundalike tribute here; instead we'll get a guitar-driven show of loud American rock. 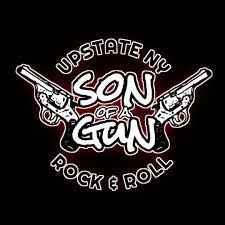 SON OF A GUN
homeTown saratogA
Son of a Gun takes the late slot here under the Tent, and will deliver both the classic rock favorites that defined the music of the past four three decades AND will show-off their emerging original-music chops. With a just-completed CD, this trio is sure to please in what will be a dance party meets album release night of fun.  Get down with them.
local focus 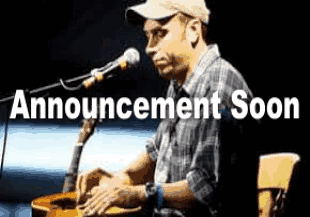 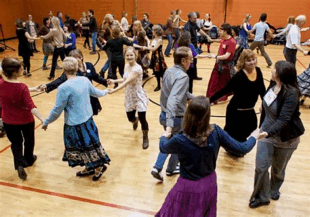 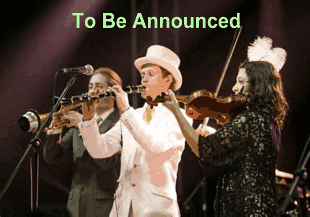 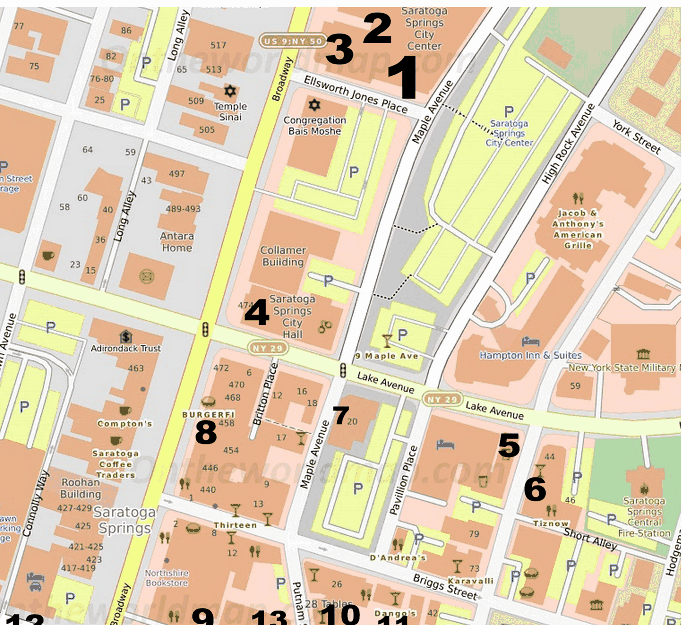 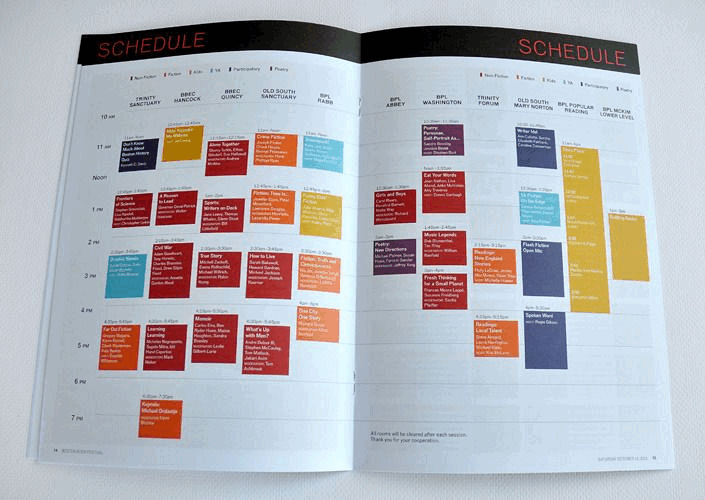