My Own Private Shakespeare
TBD 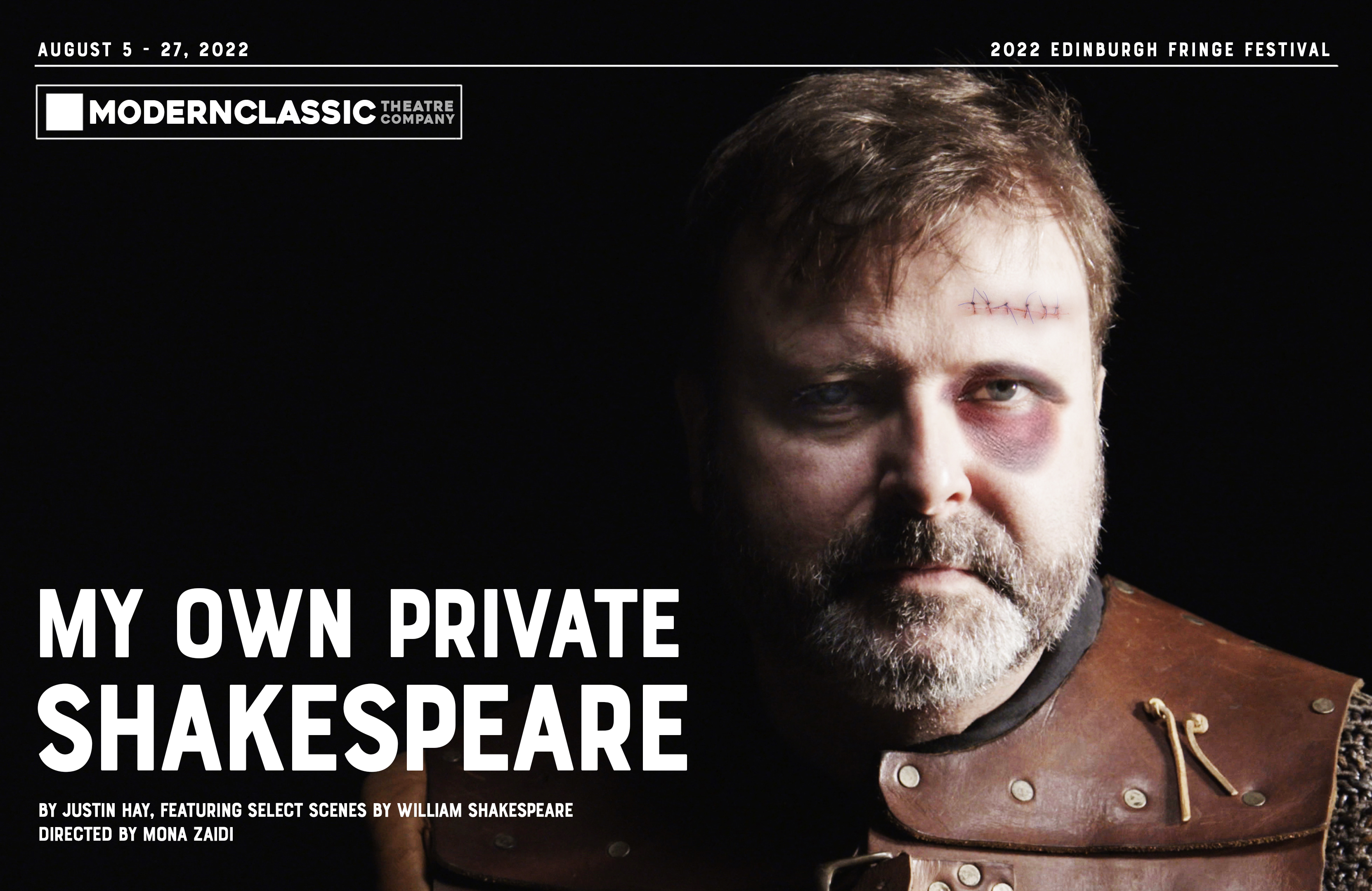 My Own Private Shakespeare
August 05-27, Edinburgh Fringe Festival
"When sorrows come, they come not single spies, but in battalions..."
Shakespeare, Hamlet

From a single fateful phone call taken reluctantly from the toilet, a Shakespearean actor finds his world collapsing around him. As the story unfolds, the unforgiving realities of his shattered life intertwine with Shakespeare's radiant, immortal text, while the man teeters dangerously close to the brink.

Written by and starring acclaimed actor Justin Hay, known for his performance in the 2017 filmed adaptation "Richard III - Unto the Kingdom of Perpetual Night", the play draws on some of the greatest and most powerful passages from Shakespeare to ask: Is it possible to find peace with the impossible paradoxes of life?

Directed by Mona Zaidi, award-winning South Asian Canadian director known for "Julius Caesar: In Shallows and In Miseries" and "Richard III: Unto the Kingdom of Perpetual Night", and described by Sir Kenneth Branagh as "excitingly ambitious... and full of imaginative talent".

ADDITIONAL INFORMATION
The running time is approximately 55 minutes, with no interval.

*CONTENT WARNING*
My Own Private Shakespeare contains themes of mental health, suicide and trauma.
tickets on sale now
Proud to be a part of the return of live theatre.
TICKETS
© 2021. All Rights Reserved.
Event website powered by EventCreate
Register Now