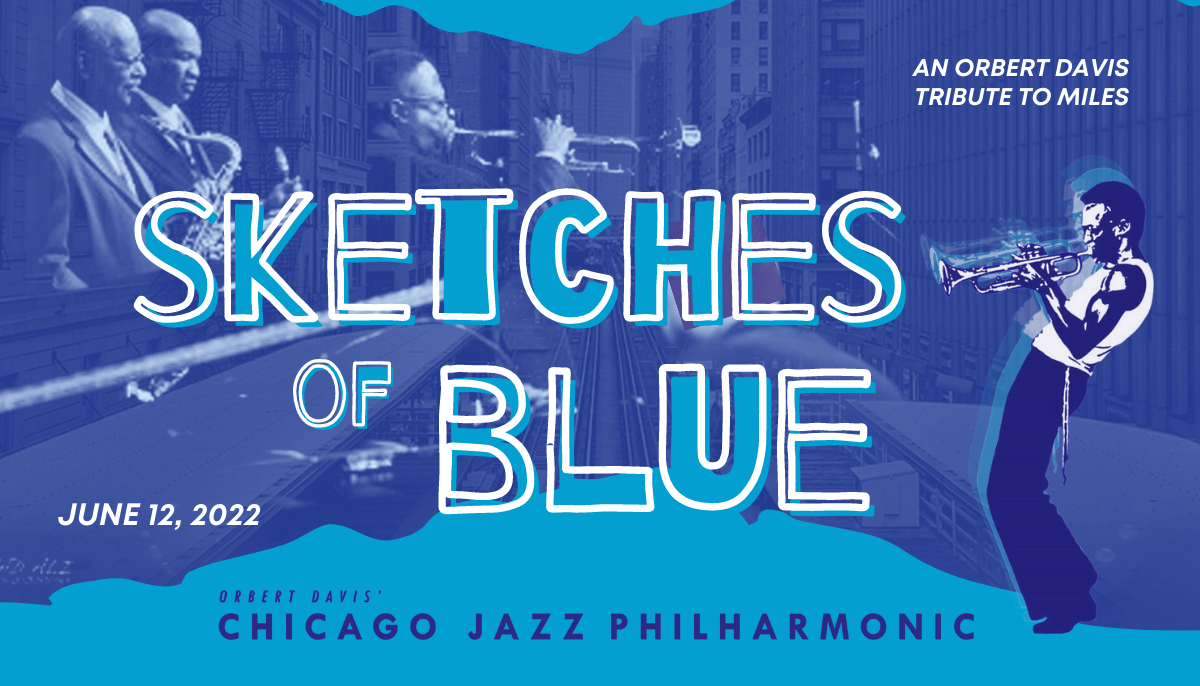 Sketches of Blue
Join us on Sunday, June 12
Orbert Davis' arranged versions of the Miles Davis' classic recordings, Kind of Blue and Sketches of Spain led to international acclaim back in 2011. Now over a decade later, Orbert Davis and Chicago Jazz Philharmonic return to this fan favorite production.

Sketches of Blue is a two part Orbert Davis tribute to Miles. Act I features the Orbert Davis Sextet presenting the compositions of Miles Davis’ Kind of Blue in its entirety. In Act II, the 19-piece Chicago Jazz Philharmonic Chamber Ensemble will feature Orbert Davis' special ‘revisited’ rendition of Sketches of Spain. Using Gil Evans’ original arrangement as the canvas, Orbert took many liberties, adapting the existing material and composed new movements inspired by his studying of Spanish music, culture and geography.

The concert will take place at the Kehrein Center for the Arts (KCA), located in Chicago’s historically significant but disenfranchised Austin neighborhood. The Kehrein Center is the product of a years-long effort to create a vibrant performing arts center - one of the few major projects to occur on Chicago’s West Side since the 1968 riots devastated whole sections of the area. Opened in 2019, KCA aims to make the center a hub for community engagement and CJP will help the center to realize it’s mission by hosting a community panel discussion at intermission.

Chicago Jazz Philharmonic is dedicated to removing barriers to access to the arts - that's why we are charging just $1.00 per ticket.